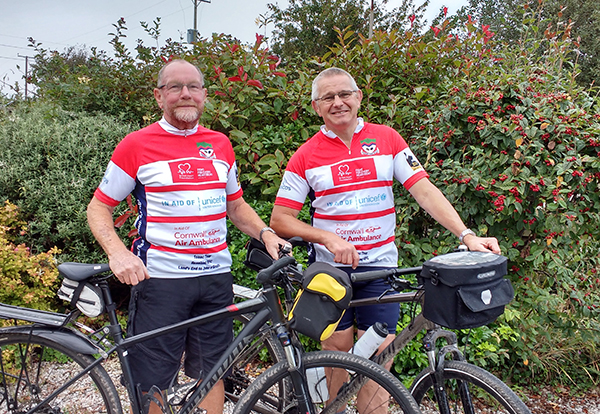 Two local men from Gerrans are riding from Lands End to John o’Groats all in the name of charity. Roseland Online are following their progress and hearing from them most days as they head north.

Following the publication of the Sustrans 1,200 mile National Cycle Route from Land’s End to John o’Groats, Chris and 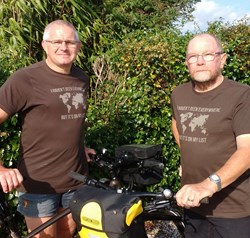 Andy decided to give it a go. Their intention is to raise money for their three chosen charities – the British Heart Foundation, UNICEF and the Cornwall Air Ambulance representing personal, global and local concerns.

The trip is named the 1saac Tour which stands for One Septuagenarian (Chris, the bearded one) And a Carer (Andy, the grey one)! Both are ex-rugby players who are heavily involved with their local club, Roseland RFC (Chris is Vice-Chairman and Andy is the Coach), and the venture is organised in the name of the club.

Commenting, Chris said “It is a great opportunity to see a lot of our wonderful country at the same time as raising money for charity in the name of rugby”.

Anyone wishing to sponsor Chris or Andy can do so here! Please give generously!