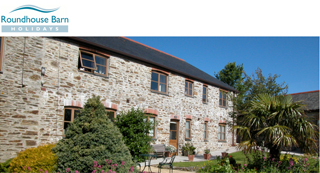 Two South Central Cornwall businesses have made it to the finals of the Visit Cornwall Tourism Awards, beating hundreds off applicants.

Roundhouse Barns on the Roseland Peninsula and Pebble House in Mevagissey are two out of the four finalists in the B&B, Guest Accommodation and Inns category and Roundhouse Barns are also featured in no less than two other categories: Finalist in Self Catering Award & Commended in the Sustainable Tourism Award.

Barbara Sadler of Roundhouse Barns told Roseland Online, “As a business that’s open all year round, it’s great that both our self catering cottages and our B&B have been shortlisted for awards. We’ve been in business now for 8 years and it’s good to know that the judges think that we are still provide some of the best accommodation in Cornwall. We’re looking forward to representing the beautiful Roseland Peninsula at the Cornwall Tourism Awards on 12 November.” 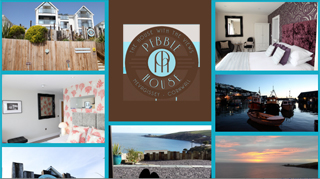 Simon and Andrea Copper of Pebble House added, “We are  thrilled and feel honoured that we have been nominated as a finalist for the Cornwall Tourism Awards and even more so as we have an internationally known hotelier in our category even though we are a small independent boutique B&B. After having started our business in May 2013, a mere three seasons ago.

We were astounded and delighted when we were awarded our AA 5 Star Gold for Guest Accommodation and Breakfast a mere 5 weeks after opening and this nomination feels on par with that day.”

Roseland Online would like to wish both businesses luck on the day, but as finalists in such a prestigious award, they’re both winners to us already! And thanks to both of them for keep South Central Cornwall on the tip of everyone’s lips for quality.

You can read more about the awards on their website: www.cornwalltourismawards.org.uk