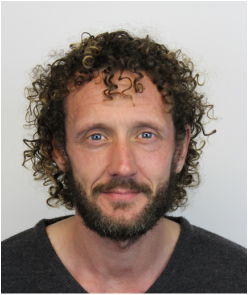 Sallie Eden talks to actor Jason Gerdes of NorthSouth Theatre about his writing, set building and design, the group’s plans, the perils of career development, creative uses for celery and the surprising and lasting impact of vomiting

Who is Jason? And what is NorthSouth Theatre?

He’s an actor, founder member of NorthSouth Theatre and one of the two leads in and the writer of ‘PALS’, the Company’s first major production. Set during the early years of WW1, ‘PALS’ is described as a dark comedy, following the story of two mates who volunteer for the army.

Originally from Harrogate, Jason moved to Cornwall five years ago, settling in Devoran. Like others in the Company, he’s been involved with many of the well-known Cornish companies as well as workshopping with some highly regarded stage and screen actors.

When I met him he had a fractured wrist, the result of a career development related injury sustained whilst learning to ride, something he hopes will help broaden his acting portfolio. Apart from the pain and suffering he’s enjoying his lessons! When not acting, writing or riding, he enjoys walking and reading. It’s also worth noting that Jason designed and built the wonderful – and authentic – set for ‘PALS’. 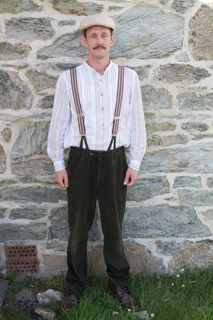 He says “I always wanted to act but actually didn’t start acting until later in life. As well as gaining as much experience as possible through amateur and professional productions in and around Cornwall, I’ve worked with various companies including Cube, essential theatre and Restormal Arts and have also appeared on TV and in film productions. But what I really enjoy is developing and performing original work with the newly formed NorthSouth Theatre company here in Cornwall.”

Jason and Steve (Steven Kelly, fellow actor and joint founder member) first met when they attended Space at the Hall for Cornwall. Since then they have performed together in a number of productions.

Jason says “Steve and I have different and complementary skills. Our paths crossed on a number of occasions; when we got together as actors it really focussed our minds and we decided to work on something together. We write, produce and present our own work which aims to engage and involve local communities. We had a strong rapport right from the start and we share a similar sense of humour and vision of acting, so it was only matter of time before we decided to create our own theatre company. I think – hope – that our natural chemistry is evident on stage.” 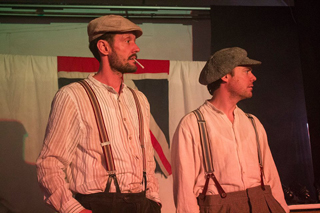 The cast of ‘PALS’ has varied in size up to a total of nine and it wouldn’t be fair to leave out the rest of the talented and multi skilled cast and crew, so let’s hear it for 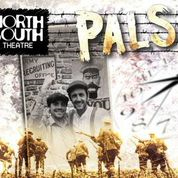 Jason went on to say “Our 2015 tour (including St Mawes) was highly successful, right from our first booking. Working with Carn to Cove and FEAST was a real help as was the incredible support we got through crowdfunding and from enthusiastic audiences.”

“Now we’ve got a season behind us, we’re more confident about planning our 2016 programme, building on what we’ve learned and developing contacts beyond Cornwall.’

How do you write and where do you get your inspiration?

“ I start with a single scene in my mind rather than a whole story; I write down some rough ideas then mix them together.”

“The idea for ‘PALS’ came to me at Pendennis; it just popped into my head, although originally I planned to have two soldiers in the same trench – one English and one German. I did a lot of research, reading war diaries and the Jeremy Paxman book ‘Great Britain’s Great War’ which tells the entire story of the war through the experiences of those who lived it.”

“My initial idea developed as I worked on it and I realised it could have been me and a mate in those trenches. Steve and I both have close family connections with the armed forces so we grew up with a real understanding of their sort of camaraderie and we try to demonstrate that on stage.”

What next for ‘PALS’ and NorthSouth? 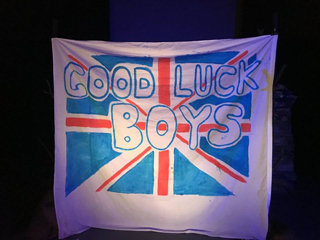 “I’d love to have greater involvement with local groups, maybe using them as extras, adding elements of local history. I’d also like to do some workshops, developing ‘PALS’ so that in each area it has a real local flavour. Of course, we may need to adjust it if we are to tour more widely. But we have grown used to adapting as we go, adjusting it to suit particular areas or taking on board audience reaction.”

“We aim to continue performing PALS up to and including the 100th anniversary of WW1, ending with something special to mark the end of the First World War. A big venue would be nice.”

In response to my comment that I thought their performance was rather better than the West End production of War Horse I saw, Jason explained that “friends commented that they were surprised at how good we were! It still feels strange that I’ve written it.”

“Doing live theatre is full of odd moments and a lot of success is down to luck, with audience reactions varying widely, for a number of reasons – age, gender and so on. Sometimes, something doesn’t go quite to plan but it works so well we adapt the script or stage directions to include it in future productions. Sometimes I have to let go of some elements and that takes a bit of getting used to. But one thing that has consistently worked is live percussion.” 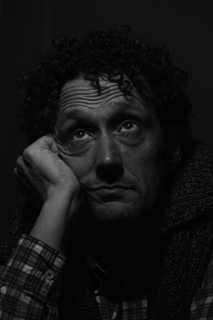 “Most of the action takes place at the Western Front and it is designed to commemorate those who fell in WWI and, as we move through period covering the centenary of the 1914-18 war, we are aiming to develop it. But in order to do that we need several things – funding, more venues (across the UK) and a loyal following. We had some success with crowdfunding but we’re looking to a more sustainable form of finance”

“I’ve also got lots of ideas like one off murder mystery evenings and we’re hoping to do the Edinburgh festival next year, but to prepare and put on the 40 minute production is very expensive so once more we’ll be seeking financial support.”

“I don’t want to give away too much so I’ll just say the next play is also in hand and it will be very different. Here’s a clue – nautical.”

Publicity – or ‘tell your friends…’

If you’d like to support or sponsor NorthSouth Theatre, want to check what they’re doing or have ideas for venues, you can get in touch with them via their website http://northsouththeatre.weebly.com/ or follow them on www.facebook.com/northsouththeatre or twitter @northsouth14

And, in case you were wondering about the vomiting reference in my introduction: you’ll just have to ask Jason or me!

But the last word goes to Jason, “Come and see us. Please.”