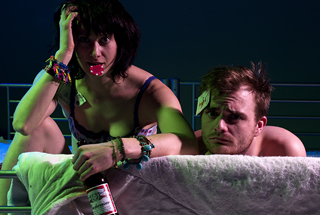 In this, the first in an occasional series, Sallie Eden talks to Daniel Richards and Charlotte Bister of ‘Owdyado Theatre

With their acting roots firmly planted in Cornwall, Daniel and Charlotte met through their work with Miracle Theatre Group and set up ‘Owdyado Theatre three years ago. I met them first when they performed their own play “About a Bench”, reworked for this year’s Roseland Festival. As the audience (a gratifyingly full house) will confirm, they certainly achieved their aim of producing innovative writing “infused with both dark drama and comedy”.

As we chatted later over coffee, it was clear that they are both full of enthusiasm for their craft and very keen to return to the Roseland, as well as touring arts centres, theatres, rural venues and festivals across the region and beyond, with creative work they hope will appeal to a range of audiences from young adults upwards.

But setting up and running your own theatre group isn’t just about having an idea or, as they put it, thinking “I want to play this part, so let’s write it”, it’s also about getting and keeping the show on the road, raising money and entertaining people. As Daniel is keen to emphasise “we receive masses of support from loads of people, like Simon Harvey (Kneehigh; o-region) who has been a terrific help, other theatre groups, as well as the people who lend us props. And, of course, we are very fortunate to have word of mouth publicity and terrific encouragement from people across Cornwall.” 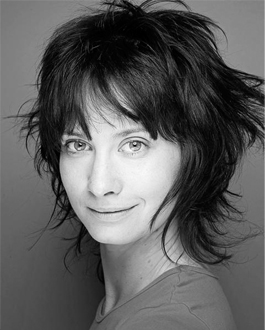 Talking about their backgrounds, Charlotte said that a “photo of me aged five shows me putting on a play for my parents”. Thus, having started her acting career early, she “took Theatre Studies at University, later training at The Royal Welsh College of Music and Drama, appearing in fringe shows across Britain, then touring with Miracle Theatre”. Charlotte is also a qualified fitness instructor (no doubt useful training for her energetic performance in About a Bench).

And Daniel?  “I always wanted to be an actor, in fact I co-founded my first theatre company, Near-ta Theatre at the age of sixteen and co-wrote, directed and acted in ten shows with them in six years. Since then I have worked with Miracle Theatre, Cube and Trifle Gathering Productions. But I’d like to try other sorts of writing too, maybe a book.”

Their second production, written in 2011, “Wrongdoings and Wake Up Calls at the Stop-Off Motel” (yes, really!) is a dark comedy set in Las Vegas. As they explained “you wake up in an unfamiliar room next to a stranger, with a headache and no recollection of how you got there. It seems that you did something you never thought yourself capable of, and the more you remember, the more you realise that some things are best left forgotten.” Using a combination of clues and re-enactments, this is part detective drama, part dark farce and bursting with energy. Perplexing? Exciting? You decide! 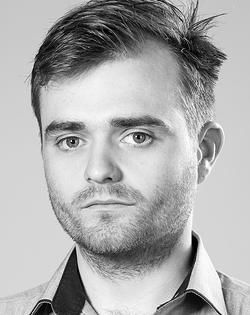 Jointly coming up with ideas, it takes about a year from idea to rehearsal, writing together, “starting with loads of paper, one typing, one talking, both arguing, until the script becomes more refined. It’s quite an effective and instant way of writing, especially as we have different skills.” Apparently, Charlotte is stricter about keeping to the point, whereas Daniel is more naturalistic; they complement each other, so the finished product melds smoothly. That becomes increasingly apparent as we talk, in fact, as I looked at my notes later, it was difficult to remember who said what!

And when they’re not acting? “We’re writing, working on story lines, rehearsing, editing. We have a range of influences – anything from Pinter to Jean Genet and from Beckett to Bennett – and we particularly admire writing which is slightly left field; plays where nothing much appears to happen so the quality of the writing is everything. We also get ideas from some of the quirkier things on TV, things like ‘Ashes to Ashes’ and ‘Life on Mars.”

“Our plays aren’t really aimed at families, but, at the same time, we don’t add swearing just for the sake of it. And with all our writing, we step back and say ‘what would this character say in this situation’; sometimes the way it looks on the page doesn’t really work when we say the words out loud. That’s when we do some really strict editing,”

“Next year our third full length play, “Above Bored” will be ready; it’s a two-hander, set around a police interrogation room where a woman has been detained for questioning after her boss is found dead in suspicious circumstances. In a nearby room, her colleague also awaits interview. Just routine questions, but what if the monotony of routine pushes one of them over the edge? It’s a psychological, character driven, two hander, exploring themes of disillusionment and ritual, focussing on dialogue rather than physical action to create tension, as cracks begin to show.” It seems from the description that we can look forward to an evening of  trademark plot twists and quirkiness. 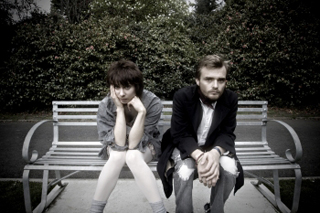 And, in case you were wondering, the name ‘Owdyado’ comes from their favourite film ‘Bright Young Things’ based on Evelyn Waugh’s novel ‘Vile Bodies’. “In it there’s a Cockney landlady who owns the hotel in which the main character lives. She knows everyone but can never remember names so calls them things like “The Duke of suchandsuch” and at one point she refers to “Mr ‘Owdyado”. We liked that and so named the company ‘Owdyado Theatre. Also, we liked the idea of it being oddly British.”

What next? Daniel says they’ll “be touring over the next few months, and into next year and if our five year plan comes together we hope to do a national tour.”

Finally, a couple of plugs: you can see “Wrong doings and Wake up calls at the Stop Off Motel” at Helland Village Hall on Saturday 9 November. Times, prices and further details on ‘Owdyado’s website or on www.carntocove.co.uk.

And, for those of you who like Charles Dickens, how about an evening with Mark Crees? On 29 November, he will be in St Mawes, reading from Dickens and sharing some of his enthusiasm, all in aid of Children’s Hospice South West. Details from sallie_eden@yahoo.co.uk