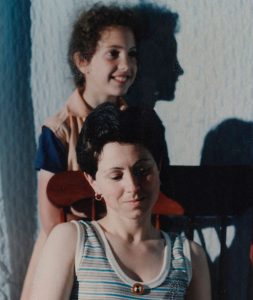 20 years have passed since Lynda Bryant, known to her friends as Lyn, was stabbed to death on The Roseland.

Lyn, 40, was killed on Tuesday 20 October 1998 as she walked the family dog near her home in Ruan High Lanes on The Roseland.  Her body was found in a gateway of a field on an unclassified road between Ruan High Lanes Methodist Chapel and Treviles Manor. She had sustained a number of knife wounds in a prolonged attack.  Her murder remains unsolved.

Police, backed by Lyn’s daughter Lee Taylor, have launched a fresh appeal for clues as new DNA evidence comes to light.  Detectives believe they have the killer’s partial profile, thanks to more forensic tests on exhibits from the case.

Police are calling on people to come forward with critical information that they may have withheld at the time, either due to divided loyalty, half suspicions or simply not thought relevant at the time.

A £10,000 reward has been offered by independent charity Crimestoppers for information which leads to the arrest and conviction of Lyn’s killer.

Police are urging for anyone who has any piece of information, however small, not to hesitate and to contact them.  “I am convinced that the public holds the key to this investigation,” said Senior Investigating Officer Stuart Ellis. “I don’t know why they haven’t come forward yet but I would urge anyone who had suspicions about any relative, friend or colleague who was acting suspiciously around the time of the murder to contact us. Did they come home with muddied clothing or behaving out-of-character?

“This was the murder of an innocent housewife, mum and grandmother, who didn’t deserve to die in such horrendous circumstances. Twenty years have gone by but this has not lessened the pain and rawness of what happened to her that day. Her family has suffered for 20 years, living their lives knowing that the offender remains free.  If you have any information or suspicions about any person, please come forward and help us bring some peace to Lyn’s family.  Now is the time.”

Information can also be passed to Crimestoppers on 0800 555111 or via their non–traceable online form at www.crimestoppers-uk.org

Anyone who contacts Crimestoppers remains 100% anonymous. Only information passed through the charity will be eligible for the reward.

You can read the full Police Appeal here.