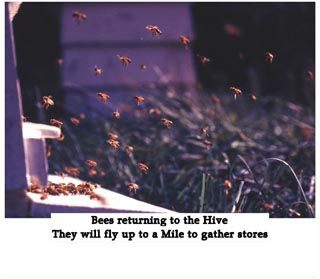 This has been an abysmal start to the year for our beloved honeybees. The weather has been relentlessly cold and wet, so even though the bees know it is time to start building up their numbers in readiness for the coming season (the days are getting longer), they have been highly restricted in the opportunity to leave the hive to collect pollen and nectar, food which is vital to successful brood rearing.

Of the two, it is the pollen that is more important, as it is this which provides the bees and their developing brood with their protein. It is best eaten fresh, rather than stored, whereas the nectar we beekeepers can provide artificially using sugar fondant or candy. The result is that without new brood and replacement bees for the ones that have lived their extended winter lives up to this point, these older bees will die off. This reduces the number of bees in the colony (as there are, as I said, few replacements being born), which consequently can’t generate enough heat to keep themselves and their queen alive. I have already lost two colonies and a nucleus due to this “size” factor. 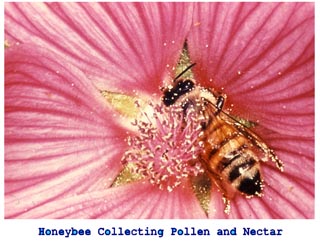 There is an old saw amongst beekeepers that “the best winter insulation for bees is bees”, ie you need strong colonies going into the winter to survive those exceptional, long winters such as we have experienced this year. I generally tend to leave most of my colonies alone in the autumn, whereas a lot of beekeepers unite weaker colonies to provide fewer, but stronger, colonies to go through the winter. Such a move will have paid off this year but in my case I will need to do some more queen rearing to establish some replacements for my losses.

Perhaps this coming autumn I will think about changing my approach to “wintering” my bees, bearing in mind that our seasons have changed so much since I started beekeeping. In my early days as a beekeeper, I was very “precious” about my bees, nurturing and cosseting the weaker colonies in a vain attempt to bring them “up to spec”. I no longer do this, as I feel that Nature’s law of “survival of the fittest” worked well before beekeepers came on the scene and should work equally well now. Let’s allow the fittest to survive and breed from those, then we will obtain bees which are better able to contend with whatever is thrown at them by Nature, rather than allowing, or trying to help, the poorer colonies to survive against all odds. 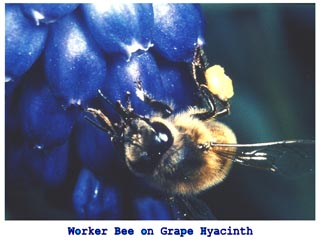 The same goes for importing queens or even packages of bees – invariably they come from hotter climes than ours, so how on earth can they be expected to cope with the kind of weather we have experienced over the past three months? I have three colonies of Italian origin (taken as swarms, not by choice) and they are devouring more food than all the other colonies added together – ‘cos that’s what they do when the weather closes down, they eat! Never mind tomorrow or the next day, never mind about being abstemious and holding some food in reserve just in case, “let’s eat it now – let’s have a party!”. 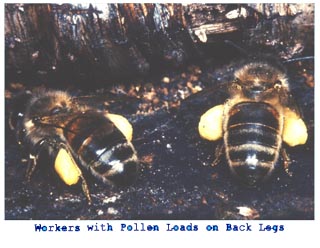 Without beekeepers to keep such colonies alive, they would doubtless die out and we would be left with local stocks capable of dealing with whatever local weather is thrown at them. So why do I contradict myself? Because they are alive, they are strong colonies and they will be very useful in providing me with lots of bees that I can place in nuclei with the local queens that I will raise during the season. Job done! I’m off to my daughter’s wedding shortly, so I’m hoping for some nicer weather for her. But whatever we get, it’ll be a wonderful day – I hope yours is too.