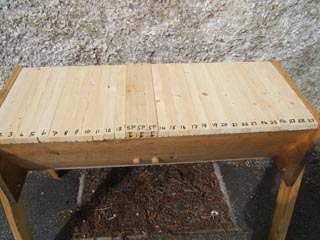 What a winter this has been (I think we can safely assume it is more or less over by now!). It has been long, wet and cold – extremely cold, and for long periods of time. This has not been good for the bees across the whole of the UK, resulting in high levels of colony losses due to what is called “isolation starvation”. This happens when, in cold weather, the bees cluster together in a ball round 2 or 3 combs within the hive, with food in the cells that they cluster around.

When the food is devoured, bees then enter the empty cells and the cluster tightens, as it does when the temperatures drop lower at any point (it’s just like us cuddling up to each other to share our mutual body warmth). The trouble is, the bees in cluster are more or less torpid – that is, unable to move. If they do try to move, there is a danger they will fall from the cluster and perish – they cannot survive if their body temperature drops below about 7ºC. However, once the stores they are clustered around are devoured, they cannot move even a fraction of an inch to one side to the adjacent stores if the temperatures are so low that they are really tightly clustered. So you can end up with a hive full of honey stores, yet the bees die through starvation.

This is what has happened with a lot of colonies across the UK this winter, and has happened to 4 of mine. It is so sad to see yet there is nothing we can do to prevent it happening. What beekeepers do (and I am in the process of doing at the moment) is to prepare the surviving colonies for rapid growth and subsequent division into smaller colonies that can become established as full colonies by the height of the summer. We do this by feeding a weak sugar syrup to allow the bees to feed their larvae at a time when it might either be too cold to fly out or there are no nectar-yielding flowers in bloom yet. This encourages the queen to lay more eggs, as the bees are telling her there is a nectar flow occurring (the sugar feed mimics that nectar flow), so whatever brood she lays will be able to be fed without fear of food supplies running out. 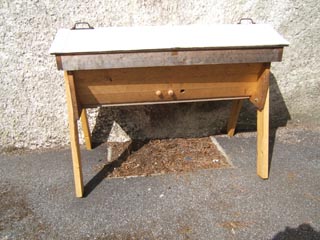 Then, once the brood box in which the queen is contained is heaving with bees, a second brood box is placed above it, whilst continuing to feed the sugar syrup. At some point, this second brood box will also be heaving with bees and they will be reaching a point where they might consider swarming, if they think the space available to them is insufficient. Before they make swarming preparations, however, the beekeeper can intervene and, in simple terms, separates the two brood boxes, one of which will have the queen inside. The other box will have brood in the combs but no queen, and those bees, recognising they are now queen-less, will feed a selection of larvae with Royal Jelly to produce new queens (they raise more than one because this is their only opportunity to raise queen cells, since later on the larvae will be too old).

Near to the point at which the queens are expected to emerge, the bees will tear down the cells they do not want and concentrate their care on one remaining queen cell, from which will emerge a new queen. This brood box is now a second colony of bees with its own queen and its own bees. I am in the process of doing this with my survivors (and Nature selects for survival of the fittest, so I’ll have the best bees to breed from) – the colonies have had their second brood boxes in place for 2 or 3 weeks now, and the bees are starting to fill the upper boxes. Before long I will be doing my “splits” and will be able to make up the colony losses this horrendous winter has bestowed upon me, in readiness for the summer (if we get one!).

However, some good news! I have just acquired a “top bar” hive to add to my collection of twin-walled WBCs, single-walled National and Warré hives. Top bar hives are supposed to be a means of practicing “natural” beekeeping, since there are no frames in the hive, only these “top bars”. A bead of wax is poured along the axis of each top bar and the bars are touching each other so that the bees cannot get above the bars at any point. This means that the top bars are also the crown-board, or ceiling, of the hive. 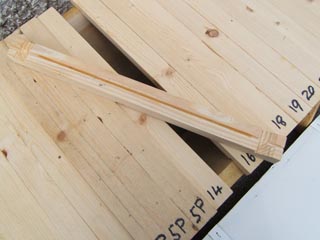 The sides of the hive slope inwards at the bottom, which guide the bees to build and draw their own comb in a “natural” way, ie in a catenary shape, following but not touching the side-walls. As the colony expands, a “false wall” is slid along inside the hive and the next top bar put in place, so the colony expands horizontally instead of vertically (this conflicts with the Warré approach, so I will be interested to see which is preferred by the bees).

All I need now are some swarms (swarms love to build new comb) to populate this hive (and, of course, my Warré!). So keep a look-out for swarms – they could start appearing any time from now on – and let me or another beekeeper know so we can come and retrieve them. As I’ve said before, swarms will die unless managed by a beekeeper and they are a good way of making up the shortfall in numbers resulting from our awful winter. So we are relying on you to be our eyes and ears – I hope to hear from some of you soon!