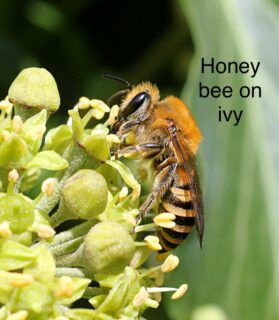 We’ve had some rain over the past few days, quite a contrast to what we were experiencing earlier in the month.  It’s most likely put paid to the ivy harvest but the bees have had a good time of it while it lasted.  All in all it’s been a good year for beekeeping in general – good honey harvest, main flow and ivy, and an increase in colony numbers, especially of black bees.  Some areas, however, have not been so fortunate, facing a harvest akin to that of 2020, which was mediocre for so many beekeepers.

Whilst some of us have been lucky this year, though, spare a thought for the poor beekeepers in France.  Their honey harvest has been half what they would normally expect, in what has been called the worst year ever for French beekeepers.  This was confirmed by two beekeepers who attended our Roseland Beekeeping Group meeting this week.  They were members of our Group until they moved to France a few years ago but said they had had an abysmal year, as had a lot of the beekeepers they know in their area.  Commercial operators were going to the wall as a result. 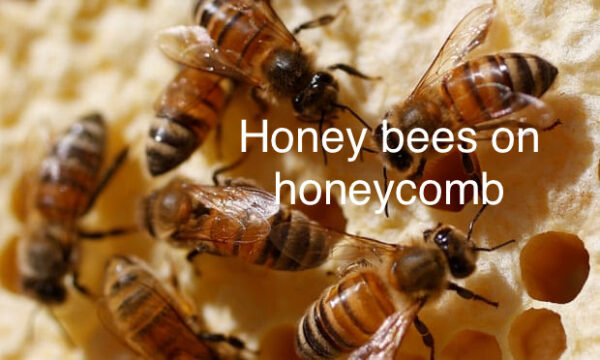 In the south of France, 2021 harvests of spring honey such as rosemary, thyme and white heather were either mediocre or non existent.  It’s been a “disastrous” year, with poor weather over the spring and summer months blamed for a 50 percent drop in production compared to 2020.  The National Union of French Beekeeping (UNAF) this week said the honey harvest for 2021 would be between 7,000 and 9,000 tons, in what they lamented was the “worst year ever” for French beekeeping.  Honey production has been up and down over the years, but mostly down.  In 1995, France produced about 32,000 tons of honey, while in 2019 it managed less than 10,000 tons. Things improved in Covid-hit 2020, however, with a fairly healthy yield of up to 20,000 tons.  The climatic upheaval felt by beekeepers for a good 15 years is clear, many regions having experienced long periods of frost, cold and rain in 2021.

The bees have not been able to benefit from the blooms. 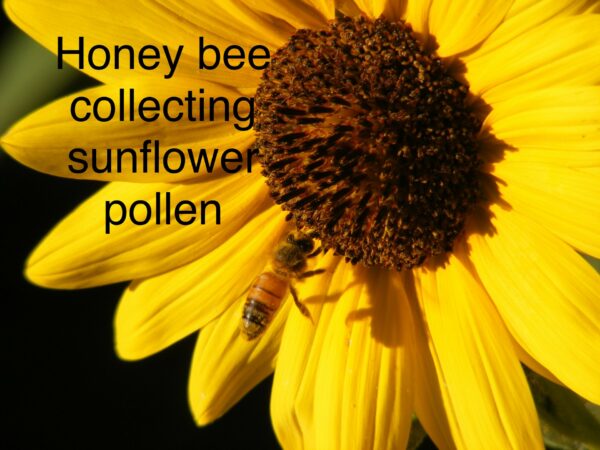 “This is the worst year for French beekeeping since statistics on the harvest began,” Olivier Fernandez, president of the union of beekeepers in the southern department of Occitania reported.  “The late spring frost suppressed the flowers, which made the bees hungry. We had to feed them to keep them alive and they didn’t produce honey.”

The permanent use of pesticides and fungicides has also been blamed for weakening hives   by attacking both the bees’ immune systems and their memories.  “The bees have trouble foraging because it’s a complex operation for them. Instead of making four trips per hour to fetch nectar, they only make one trip – therefore bringing back much less food,” Fernandez said.  “All this because they have been exposed to small quantities of  pesticides that attack their brains.”

The only small point of consolation for beekeepers this year is that Asian hornet predation was also very low.  Like the bees, they too have suffered from the unfavourable weather conditions.

Luckily, we have had the same experience with Asian hornets.  There has been only one sighting of an Asian hornet nest in the UK this year and that was in Ascot, Berkshire on 8 October.  The nest was destroyed on 11 October. 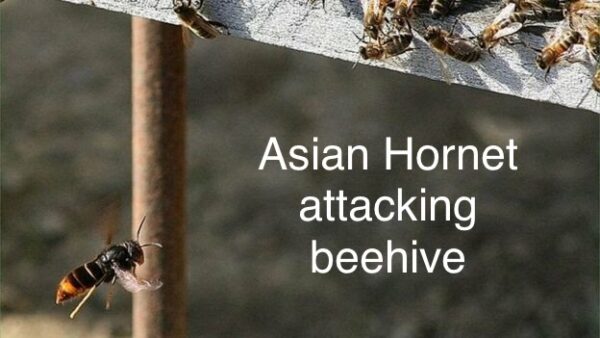 Whether the fall-off in nests is to do with the restricted travel caused by Covid or the fact that the adverse weather conditions in France meant that fewer hornets were getting cross the Channel is a subject for conjecture.  Nonetheless, it has been a welcome respite from their insurgence.

On a completely different subject, a study has shown that honey bees socially distance when their hive is under threat from parasites. 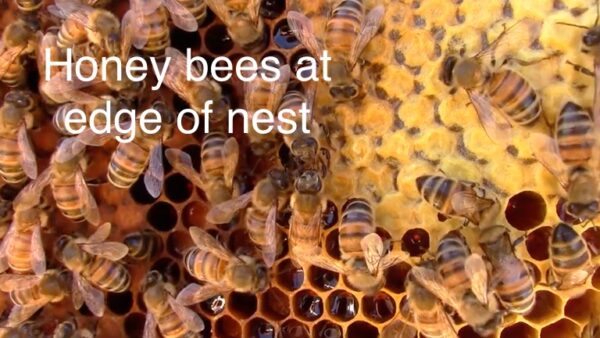 The study, led by an international team involving ethologists from University College London, found that honey bee colonies respond to an infestation from a harmful mite by modifying the use of space.  The interactions between nest-mates are altered to increase the social distance between young and old bees.  Researchers said they believed the bees had evolved to reduce the risk of infection spreading within their colony.  The researchers evaluated if the presence of a particular mite resulted in changes in social organisation that could reduce the spread of the parasite in the hive.

There are two main compartments to honey bee colonies – an outer one occupied by the foragers and an innermost compartment inhabited by nurse bees, the queen and the brood.  This segregation leads to a lower frequency of interactions between the two compartments than are experienced within each compartment.  It also allows the most valuable individuals (the queen, the young bees and the brood) to be protected from the outside environment and thus from the arrival of diseases.  Comparing colonies that were or were not infested, the scientists found that one behaviour that can increase mite transmission (foraging dances – the round dance and the “waggle” or figure-of-eight dance) occurred less often in central parts of the hive if it was infested.  Since less bees would be recruited to forage found nectar and pollen sources, this would obviously reduce the size of the honey crop collected by them and could affect their ability to survive the long winter months.  Overall, it was found that foragers move towards the outer edges of the nest whilst young, nurse bees and the grooming bees, move towards the centre in response to an infestation and that grooming behaviour became more concentrated in the central part of the hive, where it was so much more important that the queen survived unscathed. 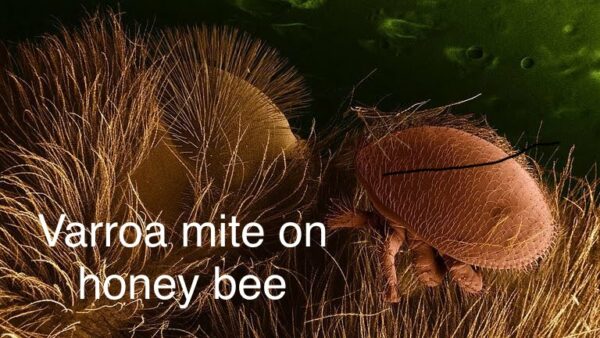 The lead author of  the report said that the observed increase in social distancing between the two groups of bees within the same parasite-infested colony represents a new, and in some ways surprising, aspect of how honey bees have evolved to combat pathogens and parasites.  He said their ability to adapt their social structure and reduce contact between individuals in response to a disease threat allows them to maximise the benefits of social interactions where possible and to minimise the risk of infectious diseases when needed.  Honey bee colonies therefore provide an ideal model for studying social distancing and for fully understanding the value and effectiveness of this behaviour.

Whilst honey bees are social animals, by dividing up responsibilities and interactions such as mutual grooming, cleaning, feeding the queen, etc, when those social activities can increase the risk of infection, the bees appear to have evolved to enable them to balance the risks and benefits by adopting social distancing. However, it is interesting to note that they are not the only animals to exhibit this trait.  Baboons are less likely to clean individuals with gastrointestinal infections, whilst ants (members of the same hymenoptera family as honey bees) relegate themselves to the outer suburbs of anthill society if they are infected with a pathogenic fungus.

So finally to humans.  We have learned the hard way (or some of us have, at least) how important social distancing is in combating infectious disease.  We could do a lot worse than following the example set by those most wonderful of creatures, the honey bees, and learn from their example.