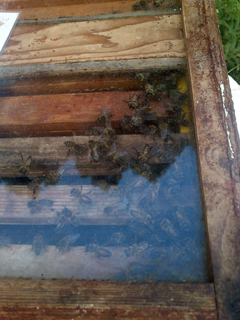 I had an email from one of my last year’s students this week – the nucleus she had of mine was growing like topsy and the bees were drawing comb in their super like there was no tomorrow, as she could see them through her perspex crown board! Brilliant! But it just goes to show how different bee colonies can be at this time of year. Mine are in a much colder, less sheltered apiary, and whilst they are growing rapidly in numbers, they have not yet started building new comb – the weather is too cold. It needs to be consistently warm over a period of days before such activities will start in my apiaries.

Then a call from the site owner of one of my out-apiaries – “There’s no activity from any of the hives – I think they’ve died!”. I asked if he’d seen them on the day he rang, which was cold and blustery. No, he hadn’t, but he’d noticed the problem the previous day (so why not phone me on that day rather than the day after? If they’d been on the brink of starvation, I would have had that little bit more time to help save them if he’d phoned straight away). 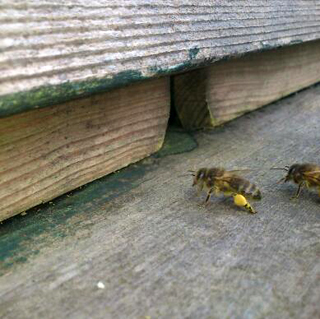 I knew, though, that, having checked them the previous week, that they would likely be fine, certainly as far as stores were concerned, and it was just a chilly time of day that he’d watched the hive for signs of life. He said he’d keep an eye open for them and let me know what he saw. He phoned back the next day – “The girls were fine”! The trouble is, at the moment, one day can be like Winter whilst the next can be like late Spring. On the latter, the bees will be flying, as they certainly have been over the past month, whilst on a chilly day they are like us – staying indoors until it’s warmer. As things are at present, I think we’ve skipped a proper Winter this year again so am hoping we are looking at the start of Spring.

However, we had similar weather last year as well and I warned readers of the likelihood of many colonies starving if the mild-ish weather continued before the Spring flowers had started yielding nectar for the bees to collect. I also warned of early swarms (which there were), a warning I will re-iterate this year. 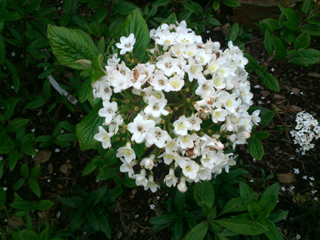 The problem is, whilst the weather is warm enough on some days for the bees to fly and search for nectar and pollen (and I’ve seen both going into my hives recently), it is not warm enough to perform an inspection of the brood box to see what is happening at close quarters – at least not in my apiary locations, which are mainly quite exposed.

I know the queens are increasing their laying rates and that the number of bees in most hives is growing rapidly, so if I don’t/can’t open the hives up soon, the bees will be seeking more appropriately sized premises! What a dilemma! If only they will hang on until I can take a look inside, then we might end up with colonies large enough to bring in a Spring crop of early honey, which would be very nice indeed.

Spring honey is a lot lighter in colour and thinner in texture than main crop honey harvested in July/August time, but it has a delicate flavour which singles it out as a crop worth having in more ways than one. I still have the odd pot or two of honey from Spring harvests two or three years back – and it’s still runny, whereas some of last year’s main crop honey started to granulate quite soon after bottling. This is down to the crops that the bees foraged on and the mix that was available at the time of their gathering. 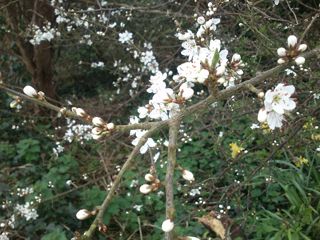 Nectar secretion is so fickle in plants – it depends on air temperature, soil temperature, air humidity, soil water content, the amount of sunshine, the amount of rain, soil type (acidic/alkaline) – and so it goes on. Last summer, for example, which in essence seemed not to be too bad weather-wise, was totally inappropriate for large honey crops, for the reasons above. That’s why beekeepers are always optimistic – this year could never be as bad as last year!

However, watching the bees today I saw pollen going into the hives – pale lemon (most likely maple), bright yellow (willow?), even orange – so there’s plenty of forage around for them to work at last. We have viburnum, aubretia, valerian all in flower and being foraged on by my bees, and the blackthorn is also starting to flower – an excellent plant for both nectar and pollen – so I am starting to relax a little about the availability of stores for my girls and looking forward positively to the season ahead. If the bees have made it this far through the winter, then I think they should be alright for the season ahead. 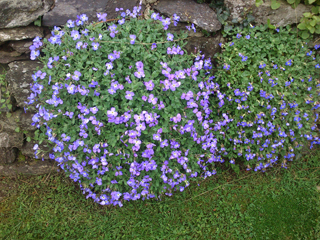 On a more contentious subject, apart from the news that Canada is planning to ban imidacloprid (one of the neonicotinoid insecticides believed to be responsible for wiping out thousands of honeybee colonies throughout the world, not to mention solitary bees and bumblebees), the European Commission has proposed a full ban on all neonicotinoid use, inflicting a major upset on two of the world’s largest agrichemical businesses, Bayer and Syngenta (who will wriggle and squirm and protest like mad to prevent a ban being implemented).

Although EU member countries must still vote on the Commission’s proposal, the decision by Brussels will also send shock-waves through the farming industry which is fearful that a ban on the substances could deplete crop yields across Europe. The Commission’s decision comes amid an intense scientific battle over the impact of these neonicotinoid pesticides on bees. 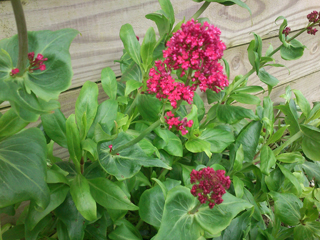 The three substances — clothianidin, imidacloprid and thiamethoxam — are already partially restricted in the European Union pending further scientific study because they have been shown to contribute to bee deaths. Whilst farmers are naturally concerned about the effect of a ban on crop yield, there is also the concern as to what alternatives will be used by them to try to attain the same control of crop predation by insects.

My view is that since the neonicotinoids are not target pesticides, they will kill honeybees as well, so it is better to play safe and avoid their use. There is also limited understanding of the long-term effects on the human population through field run-off, pollution of water-ways and the effects of soil retention on follow-on crops. So many unknowns, yet these neonic pesticides are deemed safe by the manufacturers (but where is the unbiased, scientific evidence?). 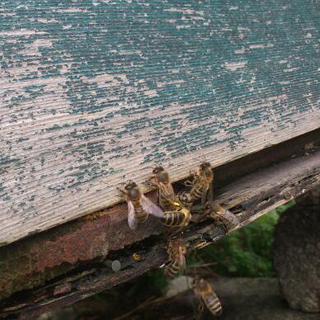 Finally, it’s that time of year again when I ask you all to look out for honeybee swarms and to let me, or another beekeeper, know if you see any. Telephone calls are best, as by the time I pick up an email telling me of the presence of a swarm, it will likely have found a new home and decamped.

As you may know, if the swarm is not caught and treated for Varroa by a beekeeper, it will most likely die within 2 or 3 years, so at a time when the honeybees are under threat from climate change, habitat loss, insecticides, etc it is vital that we preserve and look after what we have. So please call and I’ll ensure somebody near you collects and hives the swarm safely – hopefully before it decides to make a new home in your chimney or roof space!