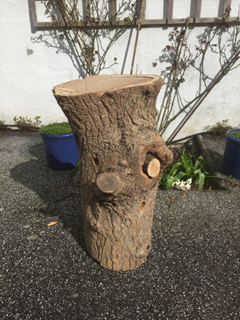 So after the cold, the wet! Everywhere in our garden is like a quagmire. It’s been impossible to do much gardening so far this winter because it’s either been too cold or too wet. The bees are mightily confused. One minute they are clustering because of the cold snaps we had, the next they are kicking their heels in the hive, unable to get out because it’s still either too cold or too wet, yet they have so much to accomplish. The hives that I’ve looked into through the perspex crown-board are developing quite rapidly and chomping their way through the fondant that I have placed on top of their hive ceiling, over the feed hole.

On the few fine days we have had this month past they have been bringing in pollen, some hives more avidly than others, but the general picture is that they are ready to go. They just need some consistency in the weather to ensure they can get out and back before becoming chilled or wet. If they get wet, as in a heavy, sudden down-pour, they cannot utilise their wings and are forced to remain wherever they are, be it on the ground or on a flower. 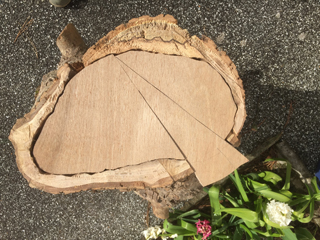 They then chill, once their food reserves are used up, and they die. They may have been around for millennia but they have not had to contend with the weather conditions we are currently experiencing (and have been over the past few years). I guess over time they will adapt and those that adapt will survive – it’s Nature’s way, and Darwin’s “survival of the fittest” philosophy comes into its own.

I have lost a few colonies over the winter months. The reasons are various – it’s always important to know why a colony has died so that appropriate treatment can be applied to the comb the bees have left behind, as sometimes it is possible that the bees contracted what is termed a Notifiable Disease, that is, one of which the Bee Inspector must be informed. Luckily I have avoided such horrors so far. 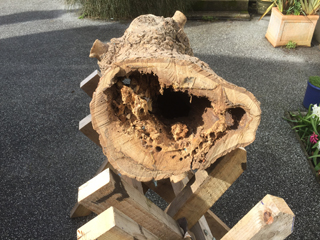 The reasons I have identified this year include isolation starvation (where a colony has plenty of food but has clustered away from it and in a cold snap cannot break the cluster to go and feed), Nosema (a disease that is caused by a spore-forming protozoan), and queen loss (where the queen has died prematurely for whatever reason, generally unknown). It is quite sad to see a colony that has failed to survive (despite Darwin’s philosophy, to which I subscribe) but generally there is little that can be done about it.

It’s like the way sheep sometimes decide to keel over and just die for the heck of it! One thing I am going to do though, to help with isolation starvation, is to modify all my crown-boards so that they have deeper fillets around the edges, which will allow me to place candy against the edge of the bee cluster, rather than above the feed-hole which the bees might not be able to reach. That way there will be enough room for a thick block of candy under the crown-board that the bees will be able to access without breaking their cluster. 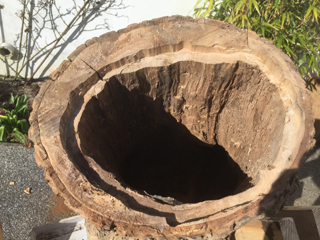 I have mentioned before that, after 21 years keeping bees in the “accepted” way, I am moving towards what is termed eco-centric, bee-centric, natural or sustainable beekeeping. This is a movement that recognises that the bees exist not for us solely to plunder their honey but for the good of the environment and that our intervention and manipulations of the brood box combs is believed to be disruptive to the well-being of the colony.

I have slowly been going down this route for a few years already (though it didn’t have a name at that time) by introducing a top-bar hive and a Warré hive into my apiary. Over the past month I have also been preparing an old log in which a swarm was resident many years ago. At that time, I had been contacted to retrieve this “swarm” but when I arrived found that a section of trunk had been cut out from a hollow tree and the “swarm” was inside this trunk. 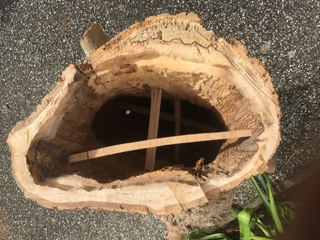 I duly brought the trunk home with me, set it up in my apiary, and lo!, I had my first “eco-centric” hive! Unfortunately, the bees did not make it through the winter – but I kept the log! I have been cutting out the inside of the log to make a larger volume (which might have explained the demise of the original swarm) and have reduced the size of the big hole caused by a knot in the trunk and drilled two further 1” diameter entrances.

I have recessed the floor and the ceiling, placed spathes across the inside to support the comb the bees will build and am ready to locate the log-hive in one of my apiary trees at home. I also have retained another, much bigger, section of trunk from one of my own trees which was snapped in two by the recent gales we had earlier in March – that, when it is prepared, will be set out on three legs at a height of about 6 -8 ft in the apiary and will house a wild colony of bees to be unmanaged and allowed to do its own thing. I’ll keep you posted on progress of both of these. Exciting times! 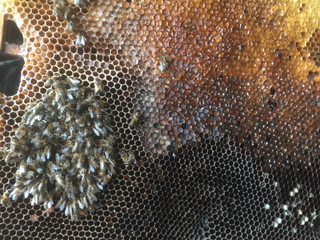 Talking of which, Asian Hornet queens will be emerging from hibernation round about now and will be starting to make their nests. Early nests are generally low down and small, perhaps the size of a football, so I will be keeping my eyes peeled for such a construction and would ask that you do too. Our Roseland Group Asian Hornet Action Team has been set up and we’ve had out first meeting.

The idea of this team is to be a “first response” facility in the event that a suspected sighting is made and we can validate the presence or otherwise of the Asian Hornet, collect photographic or actual evidence and then call in the National Bee Unit to deal with the incursion, rather than the NBU having to waste their time responding to false alarms. I hope we never have to activate this team but it’s there if it becomes necessary.

Till next month then, please keep an eye out for Asian Hornet embryo nests (low down and football-size) – and also for honey bee swarms, because it is that time of year again. Please call me if you see either and I will put the appropriate response in motion.