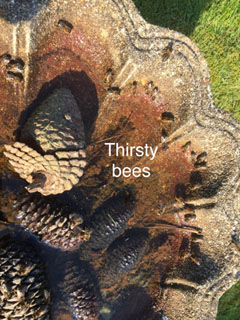 My bees are really misbehaving at the moment. They’re totally ignoring the advice to socially isolate and are cramming themselves up close together in their hives during the cold nights and early mornings, whilst their queens are producing more and more off-spring such that the conditions at home are getting even more crowded. Then, on the sunny days that we’ve had over the past week or so, they are flying out of their hives for their allowed exercise and are visiting all the beauty spots in the area.

Now that the blackthorn is flowering (the point at which I normally breathe a sigh of relief that the bees have made it through the winter), they are collecting pollen by the bucketful and gathering nectar so rapidly that the flowers are stripped bare by the time the late arrivals come to collect their share. So selfish! Even worse, though, they are getting up close to strangers on the flowers that they visit, with total disregard to the fact that they’ll possibly pick up the deadly virus from visitors who they don’t know and who are not part of their family. So inconsiderate! So selfish!

Luckily, bees don’t suffer from corona-virus (though they are susceptible to many other viruses under certain conditions) and their life goes on regardless (up to a point) of what we humans do in our lives. At the moment, I have some colonies (and also over-wintered nuclei) which are really bursting at the seams and are ready for an extra super or maybe more room in the brood-box, but I can’t tell which it is they need as I won’t open up my hives for detailed examination until the weather is a lot warmer (shirt-sleeve weather is the time-honoured measure of suitability for hive inspections).

While such conditions during the main part of the season invariably result in swarming, there is minimum risk of that happening now because there are no drones around yet. The queen is normally encouraged to lay drone brood round about now and it will be another five weeks before such done brood has developed, hatched and matured enough to provide mating material for any virgin queens produced as part of the swarming process, so even if the queen had laid drone brood at the end of February, we would still have another week before there was enough genetic material flying around to prompt the bees to think swarming was a safe bet. 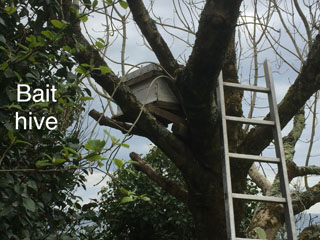 Also, because the queens have been so busy laying expanding brood-nests, the demand for water has ramped up considerably. This is because the bees need water to maintain the correct humidity in the hive and also to dilute stores so that they can feed their young. As a result, I am seeing a lot of activity around my bird bath – always a positive indication that there is brood being raised in my hives.

In anticipation of swarms possibly emerging from my hives, I have set up my bait hives in readiness. One is in a tree in the apiary, another on my bee shed. Basically, a bait hive is just a box (in my case, an actual brood box) which is deemed big enough by a passing swarm to enable them to set up home, build enough comb for the queen to lay an appropriately-sized brood-nest and to provide enough storage for nectar and honey.

45 litres is the minimum volume of such a box and if it is dry, with a small enough entrance to be able to defend itself against predators and is found at flying height, then very often an emerging swarm will occupy it very readily. I also have two other bait hives which have yet to be brought into use – the one based on a brood box but which has been occupied by a woodpecker over winter, the other my log hive. They will be re-instated shortly after appropriate cleaning and/or preparation. I’ve got plenty of time!! 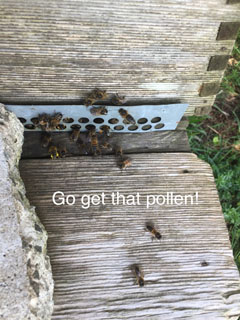 Talking of swarming, in my role as Swarm Coordinator for Cornwall Beekeeping Association, I have been collecting names of beekeepers around the county who are willing to collect swarms. This service will be available as normal during the corona-virus lock-down, as beekeepers have special dispensation to be out and about in order to collect swarms and to travel to our bees for the purpose of feeding or inspection, providing they follow the social distancing guidelines and do not enter anybody’s roof-space or property. I think this shows that the Government recognises the importance of beekeeping to our (human) well-being and to the planet in general, so it is a relief to know that our bees won’t suffer under the current restrictions.

Also, my Asian Hornet traps are out, baited with beer and sugar in the hope that any Asian Hornet queens which are in the vicinity and intending to build a nest will be trapped, identified and track-able to their primary nest. Now is the time the over-wintered Asian Hornet queens will be emerging from hibernation to start their new nests. I am still hoping for a negative on this, as we have enough problems with climate change, habitat loss and wasp predation. We can do without Asian Hornets annihilating our bee colonies, which is what is happening in France, Spain and many other European countries. 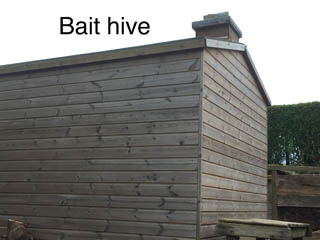 Some of my colonies are still eating their way through their fondant, despite having plenty of stores in their brood chamber. I am replenishing on a weekly basis with some whilst others are still ignoring it – yet these latter appear strong enough to fly in numbers on fine days, so it’s not that there are only a few bees in the colonies not taking it. Very interesting! I won’t be able to find out why until I open the brood boxes and do my first inspections. Until then, I can only guess that it’s a personal preference for pure sugar with no roughage as opposed to pure honey, which would include some pollen – or maybe not!

I’ve cleaned out my Kenyan top bar hive ready for the new season. You may remember I told you the bees in that hive had died out earlier in the winter. Well, though there seemed to be a lot of dead bees on the floor, in fact there were no more than a few hundred. It just always looks like a lot when you see dead bees on the floor. The layer could be an inch or more thick but in this case was basically a single layer of bees, so two or thee hundred only (not many compared with an over-wintered colony of 12-15,000 bees). 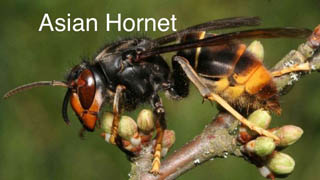 There were signs of sealed drone brood in the nest area, which indicates a drone laying queen, together with some started queen cells. The queen therefore must have died after becoming a drone layer, the bees started to make a replacement or two, whilst the number of foraging workers diminished dramatically. This meant they could not finish raising a new queen successfully, so with reducing numbers of bees the rest of them died off one by one, basically through cold. This has always been a mystery to me – for such an instinctively clever creature, why didn’t the remaining bees abscond and simply join another colony?

So, I now have a clean top bar hive with three top bars of comb and several bars with a seam of wax along them. It will be interesting to see if a swarm finds the hive later on. I am hoping this will be the case.

By next month I am hoping I will have been able to start my inspections so that I can determine the next step towards helping my colonies to expand rapidly thereby helping them fight disease and predators, as well as providing me with a plentiful supply of lovely honey!