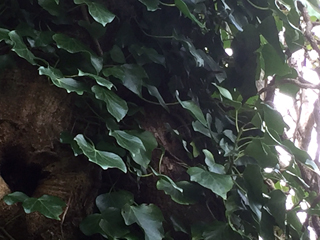 Well, winter is a-coming in! We’ve had some cold days and even colder nights recently, giving us a taste for what is promised for the first weekend in December. Normally, we get away with it down here, avoiding the worst of the weather that seem to hit other parts of the UK – one of the many reasons that living down here is so wonderful – but for selfish reasons I would really like us to have a proper winter for a change. It’s a chance for Mother Nature to kill off all those bugs that seem to relish our milder winters.

It would also be of great help to our bees who are doing their best to adapt to the climate change we are experiencing, but some colonies are finding it really hard. The problem is that, as happened this year, we have a mild winter, so the colonies build up early and are ready to swarm before beekeepers have even had a chance to do a full inspection. Having built up a large colony, this then needs to have an adequate food supply. But with the weather we had in the early Spring, it is either too cold or too wet, either for the bees to fly out foraging or for the plants to yield a decent supply of nectar.

This brings colonies near the brink of starvation and unless the beekeeper is ahead of the game, these colonies can die out. There were two warnings from the National Bee Unit this year advising us of food shortages and possible colony starvation, based on findings in various parts of the UK at the time, but hopefully most of us realised what was happening and checked our hives to ensure they had enough food and, if not, fed them a mix of sugar syrup. Far from ideal but at least it kept the bees alive. 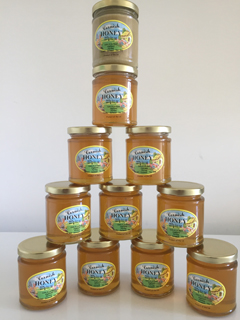 With such a shaky start to the season, the bees then had to play catch-up, as all the food they were bringing in had to be used to keep themselves and their brood alive – meaning there was little or no excess to provide beekeepers with a honey harvest. My harvest was worse than last year and poor compared to other years, and whilst I initially thought it was down to my beekeeping (I always have these self-doubts!) I was (selfishly!) relieved to find out that this was a national problem.

Yes, there were some hives in some localities which brought in a good crop but this was the exception rather than the rule. Nevertheless, as seasons go, it was not all bad news. I caught some good swarms (some of them mine!) and reared some good queens, meaning that the colonies that I now have are strong and healthy going into the winter. They may well need “topping up” with sugar candy after Christmas, as the ivy flow, although starting early, was not as productive as it has been in some years, so again, a limited ivy harvest, and I suspect, brood boxes that are not over-stocked with this winter feed. But, notwithstanding, a satisfactory end to the beekeeping year. 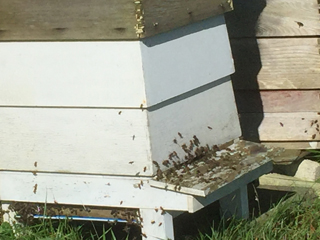 I have started removing the last super from each hive now that the ivy is finished and the bees are knuckling down in the brood box. I always leave this until the cold weather has arrived so that the bees can take whatever they’ve put in the super and re-stock the brood box in the area where the brood-nest has reduced in size. What is left in the supers is then for me, as it’s generally too cold (despite the “mild” winters) for the bees to go away from the cluster and up into the super to retrieve any more ivy honey.

Last week I went to one particular hive to find the brood box empty (apart from the wax moths that had commandeered it) to find that the colony had swarmed – into the roof space of the hive, despite my having left an empty hive alongside for them to swarm into! Oh the fickleness of bees!

A couple of months ago, a young lady contacted me to say that she had seen “wild bees” flying in and out of a tree in the Portscatho area and would they be of interest from a record point of view or to me as a beekeeper. They had been there over the past winter apparently, so I of course said “yes” and duly visited said tree, where indeed there was a quite a lot of activity for the time of year, indicating a likely viable colony that might well make it through the coming winter as well. I explained that, whilst it would be impossible to remove them from the tree, it would be better if I attempted to “bait” a swarm in the Spring and use that for breeding purposes. We agreed that we would remain in contact and take action in the Spring. 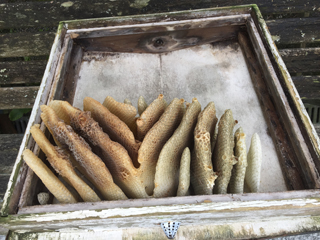 Then, during the last session of my Monday evening course, one of the students raised with me the fact that he too had a “wild” colony of bees living in a tree adjacent to his property and asked my advice as to how to capture them. Having given him advice as to what he should be planning to do in the Spring, it then transpired that we were talking about the same “wild” colony!! My feelings then were as if I had just lost a swarm!

Obviously, he is on site and can visit the colony daily, can erect a bait hive in the orchard opposite the bee tree (his orchard, where I was intending to place a bait hive after discussion with the owner!) and has a so-say “moral right” to those bees – which is fine with me, inasmuch as somebody is going to be trying to capture them and breed from them – but I was sooo disappointed to miss out on this golden opportunity of capturing some bees that appeared to be thriving in the absence of a beekeeper!

Their survival could only mean, or was highly likely to mean, that the bees had evolved a way of dealing with Varroa (which normally kills unmanaged colonies after a year or so) and so to breed from them would remove the need for having to treat for Varroa ever again and could be the beginning of the end for Varroa in the UK (this would be true of any wild colony that can survive unaided by a beekeeper). 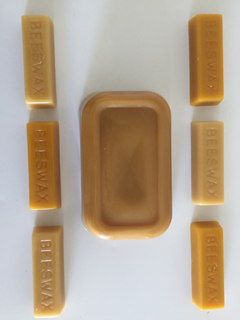 Having said that, I actually haven’t treated my bees for Varroa for the past 4 years or more (don’t tell my students!), as I used to treat innocuously with icing sugar to promote grooming tendencies and, whilst my bees do have Varroa, I believe that they are learning to cope with the situation themselves.

Yes, I have had colony losses, possibly due to Varroa (though I think not – it’s normally been down to queen failure), but I have always believed that if we tried to control Varroa numbers with chemicals, the bees would never learn to cope for themselves and would always be reliant on beekeepers and drugs companies for their survival. Darwin’s theory of “Survival of the fittest” is something we should all be thinking about when we keep bees and we should manage our bees accordingly – in my humble opinion.

Have a good Christmas!