last summer was the hottest on record, I reckon this winter will be the wettest!  There seems to be no end to the rain and dark, gloomy skies – nor to the dark, gloomy news about Covid, (though we are now on a roll-out of vaccinations, so hopefully that topic will eventually cease to be head-line news)!  However, the days are getting noticeably longer and the bees are out and about on the warmer days (like today – 10°C, a relative heat wave!!) – they were even out flying on a day at at 4°C in early January day, as can be seen in this video! 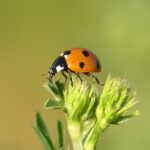 But it’s not only the bees that are out and about – at any given moment there are 10 quintillion insects buzzing, crawling and inching along in the world. Some pollinate flowers and plants, others break down carrion and many more serve as bellwethers to the end of the world as we know it (assuming Covid-19 doesn’t get there first!). 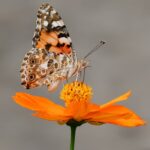 The global decline of insects is a well-documented phenomenon, but at the same time much is still unknown about what will happen to the earth when millions of insects continue to die each year.  Have you noticed that after a long car journey 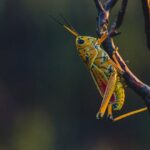 there are no longer hundreds of dead insects squashed on the front of your car?  That’s because they are not around in the numbers that they used to be (and not because you have killed them with your car!).

Researchers do not take a light tone with their findings and claim humans have kicked off a sixth mass extinction event.  This is put down to the way we live which will have devastating consequences for all living things, including insects, and

subsequently our planet. Most of that is owed to the industrialization of agriculture in the second half of the 20th century, yet only about 11% of the planet’s land is used for crops and about 30% for grazing.
Over the entire agricultural area of the world, species are being lost rapidly and continuously,We have been slow to recognize that insects, too, are declining rapidly.

Pollinators, such as bees, make up the strong glue that holds together our food webs and yet their decline is relegated to the niche sections of news sites. 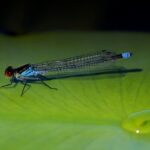 Media attention to pollinator declines is required to raise public awareness of the problem and to pressurise government institutions to prioritise and pass effective policies for addressing the crisis.One of the most well-documented declines in the insect world are butterflies, which have seen their own version of an apocalypse as humans shrink their habitats with new development and as more pollution seeps into the air. 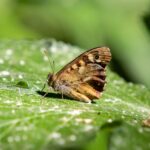 by 50% since 1976.  We certainly don’t see the numbers of butterflies in our gardens that we used to.Belgium reported a 29% butterfly extinction rate, and between 1992 and 2007 saw a 30% decline in their overall butterfly population.

The data shows that the greater declines were in Central and mid-Western Europe, with the lesser declines further north and around the Mediterranean. This means some butterflies, like the thermophilus species, are spreading out further, while other species are forced to head to cooler climates for the first time.Rising temperatures may not pose a direct impact on some parts of the world, but there are the indirect consequences brought by climate change, such as hurricanes and ice-cap melts, and whilst we are fortunate that currently we don’t get hurricanes here in the UK, we certainly have experienced a lot of very high wind scenarios over the past few years. Basically, we humans are in the middle of a biodiversity crisis. 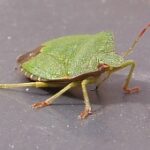 We cannot and must not simply just keep scooping as much money as possible into our own national pockets, so to speak, until nature, our planet, has been exhausted, extinguished. Social justice is not an option, but a necessity, if we wish to forge a sustainable future for our children and grandchildren. On a more positive note, this year has seen a reduction in confirmed Asian Hornet sightings in the UK with just one Asian Hornet nest found and destroyed by NBU (National Bee Unit) inspectors in an apple tree in Gosport, Hampshire on Friday 11th September. This followed reports from two householders in the area, one of whom was a beekeeper who had identified Asian Hornets feeding on his grapes. The nest was small, approximately 20cm in diameter, and local beekeepers were made aware through the Asian Hornet Action Teams (AHATs).  After the sighting, monitoring has continued in the area but no further sightings have been made. 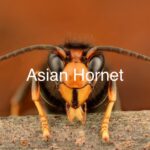 The Asian Hornet has had a devastating effect on the Channel Island beekeepers and their beekeeping.  The NBU has close ties with the Jersey Government’s Asian Hornet Coordinator and team of volunteers, given their location between us and France. NBU inspectors have had field visits there in previous years so that we could learn from their experience. There haven’t been as many Asian Hornet nests reported on Jersey this year either, with the tally of those destroyed on the island being 38 by October 15th, which contrasts with 83 found by the end of 2019. The reduction will be partly due to the ongoing eradication of nests and founding queens in previous years. The other most likely reasons given are the damp and variable temperatures between January and March last year making the over wintering queens more susceptible to fungal attack, and the reduction in traffic from France, due to Coronavirus restrictions, reducing the number of founding queens hitching a ride over from the French mainland in the spring.

Finally, the government has announced that a bee-killing pesticide, so poisonous that it is banned by the EU, may be used on sugar-beet in England.  The poison is thiamethoxam, one of the neonicotinoids I have spoken about on here before.  These insecticides were banned across the whole of Europe in 2018, yet here we are, in 2021, with our Cornish Environment Minister derogating their use once more because no-one has bothered to find an appropriate alternative.  The argument against neonicotinoids was that, during the biodiversity crisis, when at least half the world’s insects have disappeared, the government should be doing everything it could to save bees, not allow them to be killed.  After all, no bees, no flowers: no flowers, no bees – and no food.  Bees are responsible for every third mouthful of food that we eat! 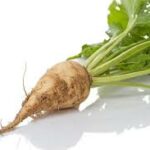 But last year a virus significantly reduced sugar-beet yields, and similar conditions this year would be likely to present similar dangers, Mr Eustice’s department said.  However, depending on your sources, some reports claim an excellent yield from the crop last year!  So has the Government not heard of the “precautionary principle”?

The problem with neonicotinoids is the fact that they are systemic and persistent.  The new derogation says, to limit the effect of the insecticide on honey bees, it can only be used during a 120 day window, no flowering crops can be sown on the same site for three years and all set-aside should be sprayed with weed-killer to prevent wild plants (that will have taken up the insecticide from the soil) from flowering!  Can you believe it?   Doesn’t such advice tell you a lot about neonicotinoids?

The seeds of the sugar-beet are coated with the thiamethoxam dust before sowing, but the insecticide then translocates in the soil and, as can be seen from the advice, is persistent.  The Government knows that thiamethoxam persists in the soil, that it can leach into neighbouring plants (such as the wild flowers in set-aside) and can be carried by leaching into streams and ponds, etc in the vicinity, so spreads everywhere.  Yet they still are permitting it to be used!  Admittedly, sugar beet is mainly grown on the east coast, so we shouldn’t be affected by this in Cornwall – but pity the poor beekeepers in East Anglia!

Einstein said “If the honey bees die out then mankind will follow four years later”.  I don’t want to find out 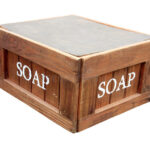 the hard way that he was right! Crikey!   I hadn’t realised when writing this what an Armageddon I was writing about – nor realised how tall my soap-box was!  My apologies.  I shall return to writing about bees next month when hopefully the weather will have taken another step towards Spring and the bees can get out to do their thing!

Keep safe.  Keep healthy – and get vaccinated when you can.  See you next month.