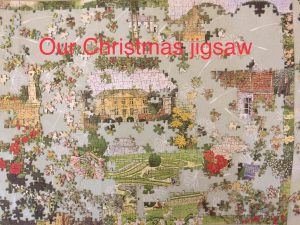 We really must get some exercise very soon, otherwise we won’t be able to get out of our chairs! We were planning to go out in the garden today but the wind was so biting we thought better of it and did a jig-saw instead! A warm fire, a cup of tea and some more Christmas shortbread was also too much of a temptation to resist!! 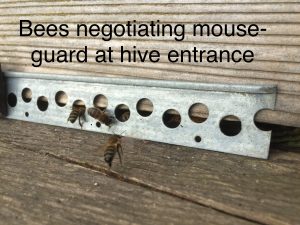 The bees, on the other hand, were flying in their ones or twos from most of my hives, despite the temperature only being 10ºC when out of that biting wind – more like 5ºC or 6ºC when exposed to the wind – and yes, I did actually get outside but that just shows how important my bees are to me. Last time I checked the hives, after we’d had some gusty, high winds, the roof of one of the hives had blown off, despite being held down by a hefty breeze block.

Since we were having a lot of rain at the time, the internal boxes were soaking wet by the time I got there. The bees were fine, but it’s not a situation I’d like to leave them in for any length of time. This time the hives were all fine – upright and intact. I guess, like last month when I wrote, the bees were just off to the loo, because there was no sign of pollen on the legs of the returning bees – they have to make sure they get back home before they get chilled. 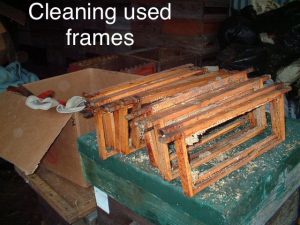 At this time of year, whilst we might not notice it, the bees have sensed the days are shortly going to be getting longer already and at the first hint of sunshine they will be hauling gorse pollen home like we were stockpiling in the run-up to Christmas. However, their reason is far more practical than ours – the queen will be starting to lay eggs shortly, assuming she hasn’t been doing so already, and once those newly-laid eggs hatch into larvae they will need feeding with fresh pollen to build up their various glands prior to hatching. 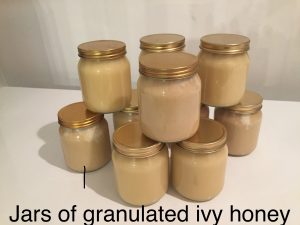 And so the new bee-keeping season starts again, though I still haven’t finished processing my ivy honey from the Autumn, so I really must get a move on! The main reason for this, though, is that I have been diverted by the fact that some of my supers actually contained blossom honey, not ivy – a bonus in one respect, but a pain in another as I had to dig out my extractor again, which had been put away for the winter.

Also, there is still one colony with a honey super on the hive which contains honey, but every time I go to retrieve it, it’s packed with bees feeding from it. They obviously need this food (it’s quite a big, prosperous colony), so I shall be leaving that super of honey for the bees to use. I just hope the bees aren’t clustered around this honey and have forgotten to look after their queen! 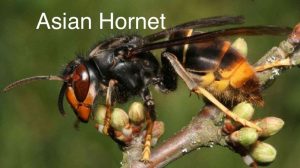 Once the sun shines (supposedly tomorrow according to the forecast), I shall go round all the hives “hefting” them to see how heavy they are with stores, so that I can decide if I need to feed any which are light in weight. Those that appear easy to lift will be fed with sugar fondant, as feeding with liquid sugar syrup at this time of year gets the bees excited and they break cluster when they shouldn’t, resulting in them losing body temperature and dying of cold. With fondant, the bees can cluster under the fondant and feed off it whilst still in cluster. I have already given some fondant to one colony which is quite small, as the bees have greater difficulty in moving off-cluster to feed and can then die from cold. I’m hoping that by placing fondant directly over their cluster they will survive the winter ahead. 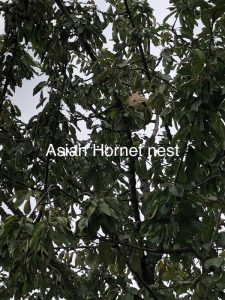 Frame cleaning and brood box and super cleaning/sterilisation is an on-going winter task which will hopefully ensure I have sufficient equipment in the new season when it is needed. I stopped this work in the run-up to Christmas but will start again once 2020 has arrived and there are no more sweets, Christmas biscuits or shortbread to eat!

No further reports of Asian Hornet in the UK since my last report and no sightings at my apiaries. Any nests should be readily visible now the leaves are off the trees, but the new queens will be long gone and in hibernation somewhere, so keep your eyes skinned for any exposed nests and for a hornet that doesn’t look the same colour as a wasp, and please report it, either to the non-native species directorate, or, if that’s too hard, then to me, and I will ensure appropriate resources are brought into play.

My courses start again in January, the Saturday one having been fully-booked for weeks. I might have to think about running extra if this interest in bee-keeping continues to grow, as I think we are all becoming aware as to how fragile our planet is and how all insect populations are suffering massive declines, honey bees included. Anyway, I’ll make that decision once the New Year courses are running and plan for the Autumn.

In the meantime, I hope you had a wonderful Christmas and wish you all a Happy and Healthy 2020.