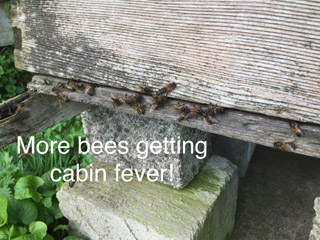 As I write this month’s blog, I am looking out of the window at a lovely sunny day – so tempting for the bees (and me!) to think that Spring is on the way. On checking, though, I see the temperature is barely 6º, which, with a brisk NW wind blowing in, actually feels more like 2º or 3º. As a result, most bees are staying put in their hives until either the wind drops or the temperature rises. It is in such weather and temperatures that one can move hives within an apiary without the loss of bees. Nonetheless, I have seen the occasional bee in my garden over the past two weeks or so when the temperatures were similar to today, though the most such bees would be able to achieve would be collection of water to dilute their stores so that they could feed their young or the voiding of their faeces. 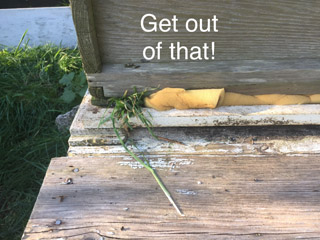 When bees are placed in a hive for the first time (either as a swarm or when bought from another beekeeper or bee supplies shop) the first thing they do is orientate to the location of their new hive. This can be likened to setting up a satnav to identify one’s home location. Once the bees have done this, whenever they leave the hive to forage they will always return to this same location. As a result, if I were to move their hive 3’ or more away from the original site, the bees which are out foraging would be unable to find the hive in its new location on their return home. 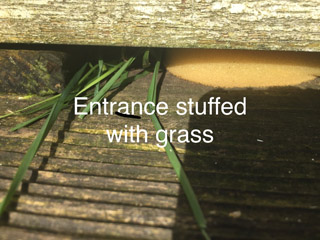 They would always return to the original site, even if the hive was only 3’ away! However, if I were to move their hive to a new site which was over 3 miles away, they would realise on emerging from the hive that the surroundings were unfamiliar and would re-orientate to the new location. This is because bees tend to forage within a mile or perhaps 1.5 miles of their hive, as this is the maximum that allows them to bring back a forage crop worth collecting, and they become familiar with the landmarks within that area. If they foraged (as they can do if needs must) over a distance of, say, 5 miles, they would not have enough energy to complete the flight home without utilising some of the nectar they had collected to give them that little extra bit of energy necessary to complete the trip. 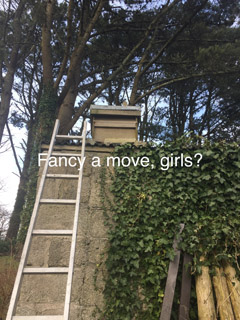 This would be very inefficient and result in a smaller payload of stores being returned to the hive, and as we all know bees are certainly not inefficient! By moving a hive over 3 miles away from its original site, we are reducing the likelihood of the bees flying over territory which is familiar to them (over 1.5 miles from the hive), and so they return to the new site. If, when foraging, they flew over landmarks which were familiar to them then they would return to the original site of their hive – but the hive would no longer be there, as it has been moved away, the bees would cluster at the hive-less site and, if unnoticed, would likely die!

So why this explanation of foraging and orientation? Well, last summer I tempted two swarms into two of my many bait hives at home – one is in a tree in the apiary, the other is on a garage roof, remote from the apiary. Because of other demands on my time last summer, I never actually got round to moving the swarms into my apiary, so they have spent the remainder of last year and all winter in their lofty locations – which makes it virtually impossible to manage them and inspect them as I do with some colonies placed at ground level in the apiary. 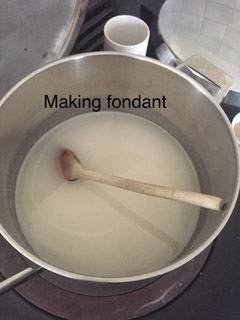 They needed to be moved – and this recent weather has been ideal for me to do this. Remember, during the winter, bees spend most of their time within the hive, rarely venturing out because of the cold or the rain. By moving them at this time of year, and blocking their entrance with a removable block, then by the time they have cleared that blockage from the entrance, looked at the weather and decided to stay indoors anyway, when eventually they are able to fly again, they will realise they are in a new location and orientate to the new site. So I have blocked off their entrance with a really tight wad of grass which prevents their immediate egress. Over a few days, the grass will dry out and the bees will remove it, this interruption to their flying prompting them to realise things have changed.

The additional thing in favour of success with this manoeuvre is that at this time of year the colony has fewer and fewer flying bees but many newly hatched and what are termed “winter” bees. These latter are the bees that have built up their fat-bodies during the autumn to enable them to survive the long winter months inside the hive without the need to forage. Once these latter have died off and the newly hatched bees start to progress towards foraging duties, orientation to the hive is a pre-requisite and therefore no flying bees will return to the tree or the garage roof because these sites are not known to them. 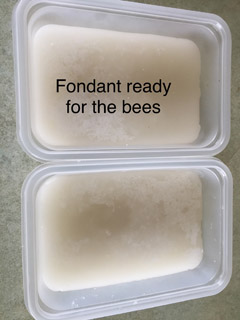 So, how to start the new beekeeping season by finishing off chores from last season! I have been doing other things, as you know – cleaning and sterilising equipment, making fondant (which some colonies are getting through very rapidly!) and generally planning for the new season ahead but, sadly, my colony in the top-bar hive has died. On cursory examination I believe because the queen perished, but I will check this once I can guarantee not to get soaked by a surprise rain shower!

It’s a shame, but then colony losses happen over the winter months – beekeepers can generally expect anything from a norm of 10% to up to 30% losses or even more, depending on circumstances. This colony didn’t die from starvation (a frequent cause of loss), as there are stores left in the hive and the characteristic scenario of bees dead with their heads inside cells is not in evidence – but at least I have another bait hive or somewhere to house a swarm once the swarming season is upon us. Talking to the Regional Bee Inspector earlier this week it transpires there have been a lot of queen losses recently, so I am not alone in this, which is some consolation.

The new season being almost here for the bees also means it’s a new season for the Asian Hornet. This is the time of year Asian Hornet queens emerge from hibernation and start to build their primary nests, so I will be putting out some monitoring traps to see if there are any around my neck of the woods (though I’m hoping for a negative on this!). The queens need carbohydrate to build up and give them energy and trials have shown that beer is the substance Asian Hornets find most attractive. So I shall be priming my monitoring traps with some dark beer to see what happens – you might care to try the same.

There are simple plans for building home-made monitoring traps using old lemonade bottles on the internet – you could do worse than to try making one yourself and doing your bit to keep this horrendous exotic pest from establishing in the UK.