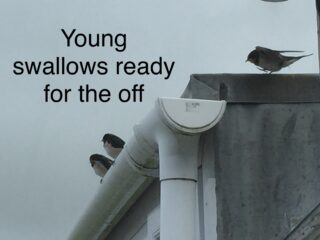 So, whilst Summer appears to be over (though we’re still getting the occasional sunny days),  and nearly all the swallows have departed for Africa, it’s still relatively warm, which means the bees are able to keep busy preparing for winter.  They are doing me proud this year and although they have already brought in a very good honey crop during the summer, (despite the changeable weather with one day hot, the next cold), they are currently going ballistic on the ivy which is in full flower at the moment.

The smell of the ivy honey in the apiary is amazing and is one of the delights of beekeeping.  I am hopeful there will be sufficient for me to harvest as well, though it is more important in my view that the bees are bringing in adequate provisions for the winter that they know lies ahead.

Normally at this time of year I find the apiary is plagued by wasps, on the lookout for easy access to perhaps weaker hives, but this year things are different.  I have not seen as many wasps as usual and the wasp traps that I have placed out are nowhere near as full of dead wasps as in previous years.  I presume it’s a reflection on the awful start we had to the year, which, being cold and wet, must have written off quite a few hibernating queens before they had emerged to build their new nests. 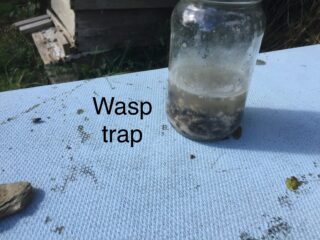 Bearing in mind the events at Hillhead, St Mawes, recently, I have no qualms about luring a few wasps to their death in my wasp traps.  It turns out that there was a wasp nest spotted by some youngsters who thought it would be great fun to throw stones at it in order to rile the wasps, at which point the assailants ran away,  Unfortunately, a passer-by, totally unaware of the preceding events, then walked past the nest and received 80 stings!  The individual had to be air-lifted to hospital by air-ambulance!  The problem with wasps is that their sting is smooth which means it can be inserted time and time again into one’s flesh. 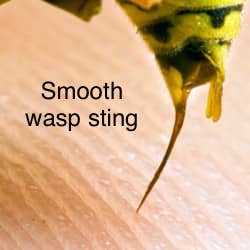 The situation then gets worse when other wasps, attracted by the smell of the sting pheromone, join in the attack, so that very quickly a large number of stings can be administered.  Pity the individual concerned, who luckily is now recovered, but what a terrifying experience.  I can only hope the youngsters experience a similar onslaught at some point in their lives so that they know how painful a single wasp sting is, let alone 80, and they experience a little karma!

If you have the misfortune to be stung by a single, recalcitrant wasp, the best remedy is to immediately douse the sting area in vinegar, as the venom is an alkaline substance comprising amines, peptides and proteins.  If you are allergic to such stings or accidentally disturb a wasp nest and are set upon by several stinging wasps, then immediately seek medical help to prevent anaphylaxis, which can result in death

On a more positive note, honey bees, you will be pleased to know, are not aggressive in the same way as wasps.  Yes, they are defensive of their colony, their queen and their stores, but away from their hive are generally quite docile.  Bump into them on a flower and they will just fly off.  If they get into the house, just open a window and usher them out.  They don’t actually want to sting  because they die as a result  (I wonder if they actually know this!).  This is because the honey bee sting is barbed and once inserted into flesh cannot be withdrawn. 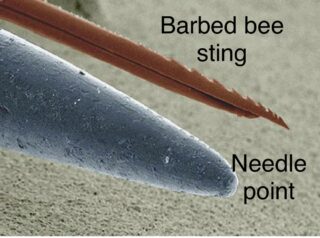 The bee, therefore, in trying to fly off, is disemboweled, with the sting being left in the flesh and its attached venom sac continuing to pump venom until it is removed by scraping.  Don’t try to grip the sting to remove it, otherwise you will just be helping to pump more venom – scrape it away by dragging a knife-edge, credit card, coin, your finger-nail or whatever, along the surface of the flesh to lift the sting out.  Until you do this, the venom will continue to be pumped by the action of two lancets, moving in opposition to each other, which at the same time results in the sting being inserted deeper and more of a deeper into the flesh.

I must say that this year, like last, it has been even more of a joy than usual to work with the bees as they have been so calm and tolerant of interventions.  Whether it is because there has been less air-pollution as the result of fewer aircraft being able to fly during Covid restrictions or whether it is because my approach to beekeeping has been “hands-off” and they have been allowed to do their own thing most of the time, I do not know.  All I know is that whenever I had to open up a hive for any reason, the bees have generally taken no notice of me whatsoever – even when I was “stealing” their surplus honey.  It just makes beekeeping that much more enjoyable. 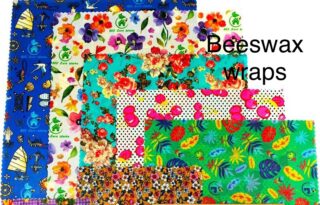 Talking of my approach to beekeeping, I have been contacted by yet another person who wants beeswax to make beeswax wraps.The request was made in the context of what was available on the internet, namely wax from China, Africa, America, etc which could not be guaranteed to be free of chemical ingredients as the result of hive treatments being applied to the bees to control Varroa and disease.  I haven’t used chemicals of any sort in my hives for over 12 years so the wax I render from old comb is nothing but pure beeswax – rather important when one is talking of wrapping food products in it!

After 18 months of not being able to teach my beekeeping courses, I have at last been able to start up again.  Mind you, I’ve had the devil’s own job finding a venue that would accommodate outsiders, but the College and I between us have found a suitable place and I ran my first session last night with 14 potential beekeepers enrolled.  I now have the problem of teaching them about beekeeping and controlling Varroa without using chemicals in a way that doesn’t result in them losing their colonies to Varroa!  But they’re a bright lot, asking questions and showing an interest that augurs well for the future of beekeeping in Cornwall.

Later this month we will be starting our Roseland Beekeeping Group winter meetings, to which they will all be invited.  These meetings are again something that has not been possible for the past 18 months, so it’s a great feeling getting back to some degree of normality.

Keep safe and I’ll be back next month.