The Shellseekers by Rosamunde Pilcher

If there are regular readers of these reviews you’ll know that I’m keen to include a range of books, not just new releases, but classics, favourites, autobiography and so on, so when Deanne Field, a fellow book lover, approached me about writing a review of one of her old favourites, it seemed as though it would fit nicely alongside a review I planned of a brand new book ‘Rosamund Pilcher’s Cornwall’ by Gill Knappett, originally due for publication this month. Unfortunately, the Publishers have informed me it won’t now appear until next Spring. Nevertheless I decided to go ahead, largely because I hadn’t read The Shell Seekers until prompted by Dee’s review and our subsequent socially distanced exchange. I had discounted it as definitely not my sort of book. If you feel the same, maybe Dee’s review will change your mind. So here goes: 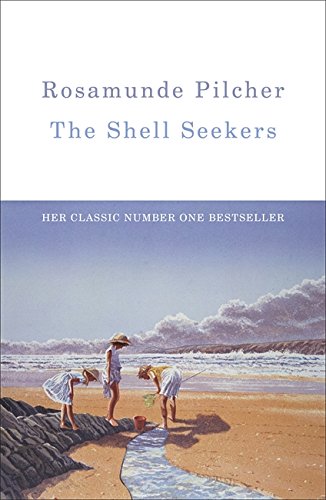 ‘The Shell Seekers’ is a 1987 novel written by Rosamunde Pilcher. It became one of her most famous best sellers and in 2003 was nominated by the British public as one of the top reads in the BBC’s big read.

At the beginning of the novel, Penelope Keeling has suffered a slight heart attack and she is happy to return home (after voluntarily checking herself out of hospital). The elation of being home dims slightly as it occurs to her that she ought to inform one of her three adult children what she has done and that she is back home at Podmore’s Thatch.

After musing on each of her children and their subsequent individual reactions to this news, she chooses Olivia, her middle child (she probably knew she would all along). This obvious choice becomes clear  and, as the novel progresses, it’s increasingly apparent to the reader the different relationship Penelope has with Olivia and how she feels her recovery has given her a bonus in her life.

The book spans Penelope’s life from a young single woman living in Cornwall, with bohemian parents, to the present day.

It’s a heart-warming story full of twists and turns, tears and laughter, and acknowledges the complications we encounter in our relationships with adult children. [Deanne Field]

By the way, I really liked it too [SE]