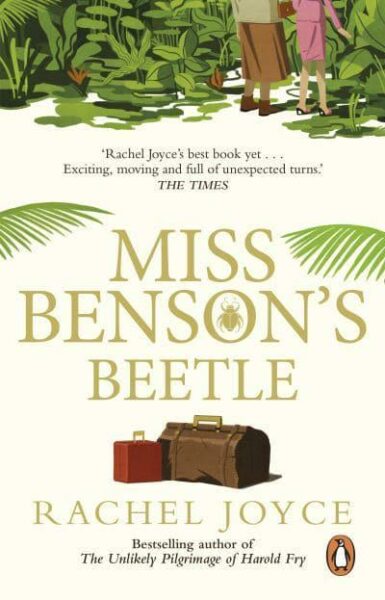 “When Margery was ten, she fell in love with a beetle”.
Fast forward to September 1950, and Margery Benson is a teacher.
It was one of those days. The girls in her class were giggling about a note being passed around, food was rationed, her clothes and shoes were worn out, the streets were full of bombed out buildings, old newspapers and smog. Suddenly, distress, humiliation and anger boil over. Margery has had enough so, pausing only to steal a pair of nearly new lacrosse boots, the school fire extinguisher and a silver trophy, she heads home to place an advert in The Times

Wanted: French-speaking assistant for expedition to the other side of the world.

Enter, Enid Pretty, wholly unsuited for an expedition of any sort, certainly not one to New Caledonia. She doesn’t speak French, and, despite talking non-stop, seems barely literate. She wears unsuitable clothes, a hat, most kindly described as perky, and her hair…well, best not described at all.
Naturally, Enid doesn’t have a passport. She also has a secret. Maybe more than one.
Intriguing and far-fetched, sad yet uplifting, this is the story of Margery’s ultimate, if unlikely, quest. Does she find The Golden Beetle of New Caledonia? I really hope so….