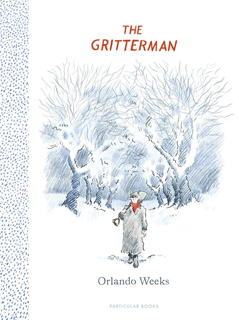 The Gritterman by Orlando Weeks – Published by Particular Books, September 2017

Written and illustrated by a member of the sadly defunct indie band, The Maccabees, this is the story of the Gritterman, driver of a gritting van. During the Summer he converts the van and sells ice cream, but his real love is keeping the roads clear of ice and snow in Winter.

Other reviewers have drawn parallels with Raymond Briggs’ writing and it’s easy to see why.

Don’t be put off by the fact that this is marketed by some stores as a children’s book. This is a story to savour; poignant and almost unbearably moving, with beautiful, poetry like prose. It’s a long time since I read anything quite so affecting.

There is a ‘companion’ album, Orlando’s solo debut. Like the book it’s truly haunting.