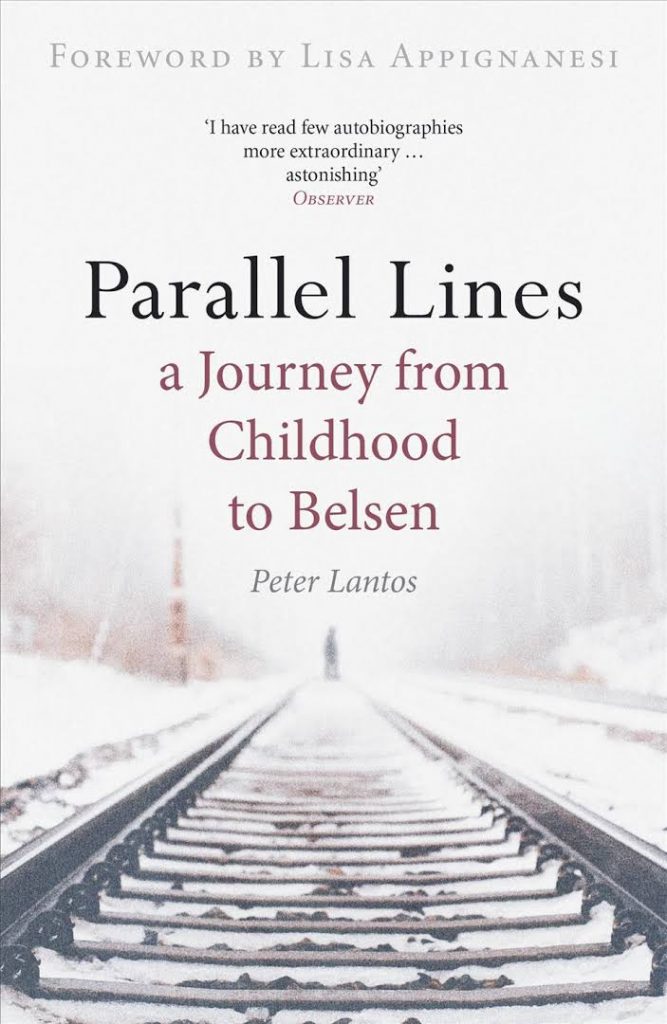 Parallel Lines: a Journey from Childhood to Belsen by Peter Lantos – Published by Arcadia Books, 2007

The author is a British scientist who was  born in southeast Hungary in 1939. When he was five, his family was deported to Bergen-Belsen concentration camp where his father died. After the war, Peter and his mother returned to Hungary, then under Communist rule.
He later qualified in medicine, obtained a research scholarship to work in London and eventually “defected” to Britain, where he established a career in academic medicine. As a result of deciding to remain in Britain, the Hungarian Government sentenced him to imprisonment and confiscated his property, possessions and family keepsakes in his absence. Something which would have broken most of us.
And yet, to quote the author, the [loss of his possessions] “did not diminish anybody and as pruning stimulates new growth in a plant it may have been an impetus to new beginnings”.
Reading of Peter’s family and their experiences, you realise it takes an extraordinary person to write so calmly yet movingly about the horror of war and extremism.
It is difficult to imagine how he and others not only survived ordeal after ordeal and horror after horror yet towards the end, Peter writes “I feel no pain no anger and no hate I have never hated and it is now too late to learn”. A lesson to us all.