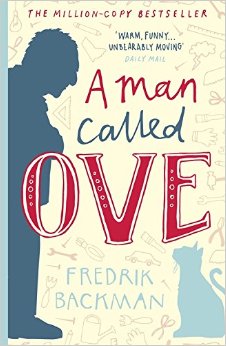 Everyone Ove encounters is an idiot. No wonder he’s developed grumpiness into an art form. Rules are made to be followed. The problem is that only Ove believes that.

In many ways this book reminded me of the plot of the 1988 film ‘Romuald et Juliette’, which starred Daniel Auteuil as a man out of touch with the world around him. And, like the Alan Bennett’s ‘Talking Heads’ it moves from tragedy to comedy within the space of a page.

Well drawn characters, with a central figure who’s a delightfully eccentric anti-hero who later becomes a real hero; this book is sad, funny and beautifully written.

Ove might be a stubborn old curmudgeon, his neighbours might be oddballs, hopeless or just plain peculiar, but I really cared what happened to them all.

This might be the first book where I’ve rationed my reading to make it last as long as possible.

Wonderful. My book of the year!