Five and Twenty Ponies Trotting Through the Dark 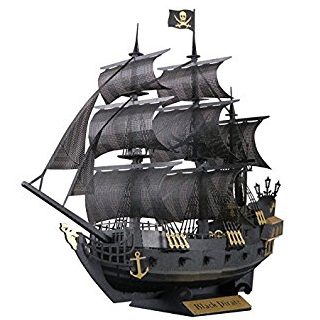 A couple of months back I said that I did not believe that the practice of deliberately luring ships to deaths, or wrecking, ever happened. It gained its place in fiction as the basis of a good story but nothing more. That does not mean that, when a ship was driven ashore, the population for miles around did not descend on the beach to salvage what they could nor does it mean that theywere not above stripping dead bodies of clothes and valuables. There is at least a suggestion that Sir Cloudesley Shovell’s ring was taken from his finger when his body was washed ashore on St Mary’s following the wreck of his fleet in 1704.

There were, however, three other nefarious practices which took place along our coastline in times past – piracy, slavery and smuggling. Though it is highly likely that English captains became pirates and sailed under the black flag I doubt if any actually worked the English Channel. This would be too much like making a mess in your own backyard and both the English and the French had navies which took a dim view of the practice. So if you were an Englishman you set sail for much safer targets in the area of the West Indies, made your money, hauled down the flag and returned to these shores lily white.

There was another way in which the rich pickings of the English Channel could be milked. England was frequently at war with France, Spain or Holland and we would try to blockade the Channel to prevent valuables and goods getting to our enemies. Though Alfred the Great had established a Navy and the Service had carried on through succeeding reigns it was not a very efficient force and certainly not capable numerically of effectively carrying out a naval war.

So succeeding monarchs saw a way of supplementing their own purses and filling the gap in the countries defences. ‘Letters of Marque’ were introduced, a commission issued by the Crown to a private ship-owner allowing him to employ his vessel as a ship of war. Frobisher, Hawkins and Drake were all privateers working under Letters of Marque. The convenience to the Crown is obvious. It did not have to pay for ships or crews, Letters could be suspended when good relations were established with a previous enemy, and a monetary commission could be skimmed off the booty which the ship-owner had acquired

But there were active pirates operating up and down our coastline and they came from North Africa. From 14th to 17th Centuries corsairs operated out of Tunis, Tripoli and Algiers raiding the European Atlantic Coasts. In the 1600’s numerous attacks were made on the Devon and Cornish coasts. In 1625 60 men, women and children from the Mounts Bay area were taken into slavery and the following year St Keverne and Mousehole were repeatedly attacked.

In 1645 it is estimated some 240 people were taken from the Devon and Cornish coastlines, the raiders became bolder and were now landing and taking people from inland villages. These people were taken back and sold in the slave markets of north Africa and the Ottoman Empire, never again to see their families or English shores. Something had to be done and in 1675 a Royal Navy Squadron was sent to the north African coast and, with a mixture of diplomacy and force, finally broke up the menace of the Barbary pirates.

Slave taking is the world’s second oldest profession. As English citizens we get embarrassed by the export of black slaves to the American colonies but we did not invent the practice. It existed throughout Africa from time immemorial. The main exponents were Arabs who ran slave markets throughout north Africa but all the large South African tribes waged war on weaker neighbours and sold their captives into slavery. The Romans and Greeks had slaves, and no civilisation has been free of the practice. While our own participation in the dark art is nothing to be proud of it should be remembered that it was our Parliament and the Royal Navy who brought the wholesale export of humanity to an end.

There is no doubt however that the country folk who lived around our shores practiced smuggling with enthusiasm. It is a strange fact that, prior to 1650, smuggling barely existed. Its raison d’être was to avoid paying taxes on goods coming in to the country, in other words money for the government. Up to about 1650 the government raised its money by simple taxes on wine and cloth and on lands and property. Things changed with the Civil War and the government needed more money to pay for the ruinous effects of the war. The tax system was re-structured and an excise duty placed upon all sorts of things which were in domestic consumption – tea, coffee, beer, wines, spirits, salt, leather and soap for example. The Law of Unintended Consequences came in to play and a very profitable market in smuggling was created.

Large numbers of people from all walks of life were involved, directly and indirectly, in ‘Free Trade’. Seamen brought the goods in and landed them on the shore. Farm labourers would earn money carrying the goods inland to a hiding place. The parson would buy cheap brandy and tobacco, the landowner would lend his horses to help transportation. Local merchants would buy goods at a reduced price. Whole communities could be involved in one way or another.

In the eighteenth century only 20{c8c3b3d140ed11cb7662417ff7b2dc686ffa9c2daf0848ac14f76e68f36d0c20} of the country’s population lived in towns. The rest were country folk who, with the exception of the landowner, doctor and parson, lived in conditions which could be described as grinding poverty. Small wonder the chance to supplement their wages was too good to miss. The Court List at Lyme Regis of those charged with smuggling shows an A – Z of trades, male and female, all at the bottom of the wage pile. The parson, landowner and doctor knew too many people to be brought to account.

Goods were brought in by sea and landed at isolated coves or beaches. Now we do find the use of lights to pass signals, either to say the coast was clear or to warn the ship off. If clear the cargoes would be unloaded on to the beach, carried by men to waiting ponies, and then moved perhaps miles across country in the dark to a secure hiding place. Kipling knew the system well – read ‘The Smugglers Song’.

Whole communities were involved in the trade. In the Scilly Isles smuggling was the mainstay of the economy. Before the advent of tourism the only income you could get was the sale of fish, a very seasonal occupation. In 1818 a preventive boat was stationed in the Islands and the effect was to reduce the population to starvation level. The Islanders petitioned the Government and an enquiry reported that the economy had been destroyed. The Government authorised an injection of cash to rebuild the fishing industry.

The Roseland, particularly Portscatho, was a centre of smuggling. An astute Revenue Officer, aware of the goods which were landed in Gerrans Bay, chose a time when the tide was right. The Customs Boat was in St Mawes and the smugglers thought the coast was clear to make a run. The Revenue Officer had his crew row his boat to Froe Creek from where they carried the boat across the isthmus to Towan Beach and caught the smugglers red handed! Then there was a St Mawes smuggler named Robert Long. He was caught and hanged in chains on the highway at Ruan Lanihorne.

Even today there is little doubt that smuggling goes on in our local waters though the contraband these days is not usually brandy or tobacco. Certainly the odd yacht comes in to Falmouth and is carrying more drink or tobacco than the law allows. I myself have been stopped at night by a Customs RHIB, and an odd sensation it is, a vessel coming up behind you, getting closer and closer, you wonder if he has seen your stern light, and then, suddenly, you are bathed in light from a powerful spotlamp.

He comes alongside, identifies himself, and says he is boarding. A black, wet suited figure swings aboard, is courteously polite, and may even get friendly when he realises that his potential customers are and elderly gentleman and his wife and his greatest danger is being licked to death by an equally elderly labrador. Sadly most of our serious smuggling is drugs and we know of yachts in Falmouth caught carrying a million pounds worth destined for the big city streets. We are a vulnerable coast for people smuggling though, as far as I know, there have been no recorded incidents in our local waters to date.

In the Lookout we are very much aware of this possibility though, if it were to happen, it is unlikely that it would occur during daylight. We have instructions as to our actions if we suspect anything of this nature but, so far, piracy and slavery have not featured in our log-books. We see a multitude of flags from all sorts of nations but the black flag has not been seen. 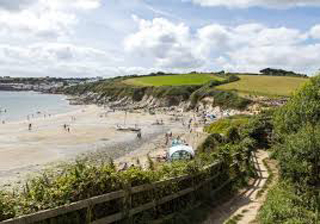 What we do see is large numbers of people enjoying the water, swimming, kayaking, sailing, snorkling or simply paddling. We see small children being carried on various watercraft for the most part being carefully supervised by sensible adults. We like to see them wearing life jackets. We see people fishing from the rocks, investigating the rock pools or simply scrambling. We see people walking the Coast Path, many of whom come in and visit us.

All of these occupations are safe – but accidents do happen and what parent can say, in all honesty, ’I have never taken my eyes off my child on the beach or in the water’. That is why we are in the Lookout, that is why we train on what to do if the unthinkable happens. In the ‘season’ we cover every day now until 5pm and manage to stay open until 6.30pm in the school holidays. It is not really enough as things can go wrong on a fine evening. We need more volunteers and the way you can help is to give Sue a ring on 01872-530500 or Chris on 01326-270681.