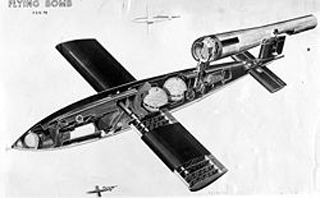 I was a child in London during the War, one of the majority of London children who were not evacuated. Aged twelve I was given my first bicycle. Once I had learnt to ride I was allowed out on the streets, on my own and unsupervised. Admittedly the War was entering its final stage and daylight bombing had ceased, to be replaced by the occasional drone of the Doodlebug. Like everyone else I listened for the engine to stop, endured the ominous silence and waited for the crash. Dare I say it but as children, gory twelve year boys, I am afraid we regarded the War as something of an adventure.

Perhaps that is Nature’s way of protecting its young and ensuring that, in most cases, we grow up into sane, balanced individuals. My purpose in saying this is not one of heroics but to emphasise that, in those days, children got out on their bikes on the streets and, as they got older, cycled from the big cities out into the countryside. I and my friends explored most of Kent and Surrey and bits of Sussex, cycling nonchalently down th A.3, unworried by the traffic. Today this is a ‘motorway standard’ road and I am sure no parent would allow their child anywhere near it. 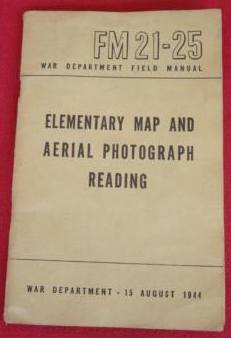 I would leave home with my sandwiches, a flask and a map, confident that I could find my way into the wilderness and back again. Many young people learnt to read a map and, at the weekends, groups of cyclists could be seen stopped, gathered in a group, trying to find where they were and which way they should go. Lycra had not been invented, and assortment of clothing was the order of the day. Cycle helmets were unknown. Ride on the pavement and you would get shouted at by a policeman or, worse, wind up in court.

Those days are gone, the art of map reading is now regarded as something from the Middle Ages. Problems with maps and charts are not so much work for the RNLI but for the Hill and Mountain Rescue teams who are frequently called out to walkers, often unsuitably dressed, who are lost because the batteries in their Satnavs have run out. If they carry a map they cannot read it. This shows the foolishness on having total reliance on anything electronic. Batteries fail, transistors burn out, instruments fall into water – both on land and sea.

There have been several articles in the Press recently about how electronics and robots will take over the world – or at least the world of work. Already robots can build cars, electronics steer ships, one man with a row of buttons can load a thousand containers on to a cargo ship.

It is being suggested that a robot can be built which will have human intelligence – something which I personally doubt. Those pushing the idea admit that it will lack ’people skills’and common sense, although, to judge by what one reads about Police actions, County Council officials, and Members of Parliament common sense went out of the window long ago! Even if you have ‘robot control’ you will still need humans to direct its efforts and make sure the job is done. Could you totally remove the human element? I doubt it. 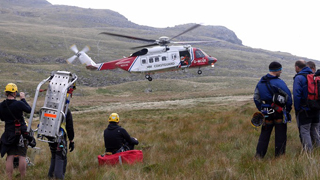 In the last few years there have been two cases around our shoreline of the man on watch falling asleep, leaving the auto-pilot in charge. One ship beached itself unharmed on the North Coast and a very expensive new motor yacht ran onto the rocks just short of Falmouth Harbour. How many motorists with cars a couple of years old complain that computers have failed, warning lights will not go out, or cars have gone into ‘limp home’ mode because of a simple switch failure. I myself suffered from a phantom window winder. I would be driving along, happy in a nice warm car and, without any warning, one of the windows would wind down allowing a blast of icy cold air. After much plugging in of computers and other test the fault was found to be a trapped wire in the door worn through!

No one can cater for the human element and one’s natural tendency to keep equipment going as long as possible because of the expense of changing it. Result? It gives up the ghost at the most inopportune moment. If it is your electric kettle at home there is no serious problem. You can boil water in a saucepan. But what happens to the motor boat, fast approaching the gap between Gull Rock and Nare Head, when suddenly there is a deathly hush in the region of its engine? How do you cater for the man who launches his rubber boat off Portscatho Beach intending to go fishing off Greeb Point. He did not check his fuel supply and ran out on the way back before reaching Pencabe. Fortunately he was seen by our Watchkeeper and a local boat took some fuel to him.

It is true we do not have life threatening incidents every month or even every year. We do, however, have someone watching in the Lookout, someone who can read a map or chart, someone who can be relied upon to act sensibly and speak to the Coastguard to tell them about the person who seems to be in trouble, where they are, what sort of craft it is, or if a swimmer seems to be getting very tired. The Coastguard cannot see the problem but will rely on what the Watchkeeper tells him.

The Coastguard will make the decision – launch the Lifeboat immediately or get our Watchkeeper to keep an eye on things and let them know if it really is a serious problem. When we get enough volunteers we will be able to provide cover every day of the week instead of leaving out Tuesday. We are still seeking people of any age, male or female, who can give up a few hours and join our very sociable group. To find out more ring Sue on 01872 530500 or Chris on 01326 270681. 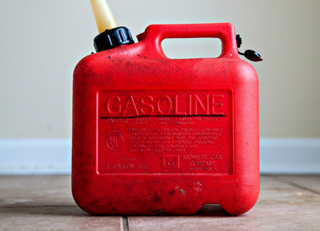 I have been asked to give a sincere ‘Thank you’ to several Speakers who have visited us in the last few months and given us interesting talks on various matters which have some bearing on our NCI duties. We have had Alan Rowe and his colleague from the Falmouth RNLI, and the Portscatho Harbourmaster, Simon Taffinder. Charlotte Mackrill and a colleague came from Cornwall Search and Rescue and, this last June, Luke Griffin from Fugro Geotechnical Services in Falmouth.

He talked, among other things, about those weird things that you occasionally see on the horizon that look like a series of legs sticking up out at sea. They are jack-up rigs being towed to or from their work sites where they will put the legs down onto the sea floor and make a solid platform. There have been other Speakers. Before Helicopter Search and Rescue moved to Bristows we had fascinating talks by these pilots and crew. I must also mention Andy Day and his colleague who came last year and heaved all the Cliff Rescue equipment into our meeting hall and a gentleman from the Border Agency who came all the way from Plymouth.

Always extremely interesting these Speakers all give their time and expertise for nothing, widen our horizons and make us realise that ‘Emergency Services’ is not just one group or one aspect but a complex ‘multi organisation’ with many different aspects, all working to one end: to make the sea and our Coastline a safer place, make it ‘user friendly’ and protect our shores from unwanted intruders.

Pictures by courtesy of Wikipedia and Cockermouth Mountain Rescue