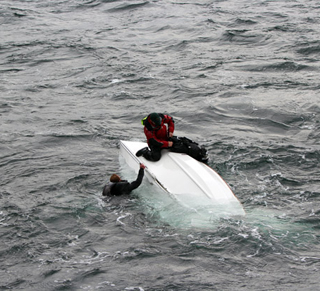 As is usual at this time of the year much newspaper space has been devoted to the dangers of exposure to the elements. You do not have to be over 65 to be vulnerable if the circumstances are right! We saw pictures of the fortunate fisherman clinging to the upturned hull of his boat as he was rescued after being spotted by a passing tanker in the Channel, His two companions, unfortunately, were not so lucky. I cannot but wonder at his tenacity in holding on to his precarious perch for nine hours, through a cold winter’s night, to earn his rescue.

There are numerous stories of survival at sea which well illustrate the determination of some people to survive come what may. Others will just give up and slip away and it is believed that hypothermia can play a large part in their will to live. Exceeding bodily cold seems to anaesthetise their determination and some survivors have told of the temptation to give it all up, just close their eyes and slip away. Others, either in a group or singly, will fight on and come to terms with their predicament, working out a routine which will keep them alive until rescue. 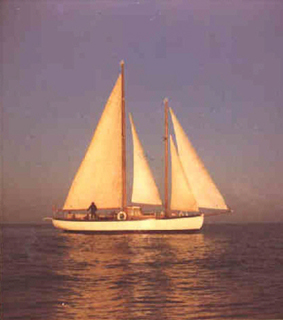 One such happening was the sinking of the schooner ‘Lucette’ in the Pacific in 1972. The crew, Dougal Robertson and his family, had only minutes to abandon their craft and take to a pair of dinghies, one rubber, one fibreglass,, their only rations food and water for three days. The group were Dougal and his wife, three of their children   and a student friend of the eldest boy. They were in an area of the Pacific little used by commercial shipping but they had one big thing in their favour – the Pacific is relatively warm. Surviving on fish, birds and a turtle they caught they survived for thirty eight days before being rescued by a Japanese fishing boat. From the very beginning they were a family group, safe for the moment in a small boat, with knowledge of how to navigate. They were determined to make it.

The most famous survival story is that of Pooh Lim, second steward of the freighter ‘Benlomond’, sunk by a German U-boat in the South Atlantic in 1943. He was the sole survivor of a crew of 53 and, after eight hours in the water, found a life raft on to which he climbed. There were emergency rations on the raft and he initially survived by using these. When they ran out he caught fish, birds and a small shark. After 133 days on the raft he drifted near to the Brazilian shore where he was rescued by Brazilian fishermen. His record of 133 days on a raft still stands, though there have been longer survival stories. Three Brazilian fishermen lived for 10 months on a disabled fishing boat while a fisherman from El Salvador, Jose Alvarenga, apparently survived for 438 days, again in a small boat. 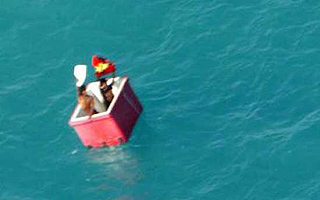 The most bizarre story is that of two Thai fishermen who survived the sinking of their boat in an episode which cost the lives of eighteen crew members. When the ship sank a number of large fibreglass boxes were washed overboard and floated. These were used to store fish in ice. The two men climbed in to a box and weathered the rest of the storm which had sunk their boat. Four months later they were rescued by U.S. Coastguard having survived on the few fish already in the box and rainwater as it was the monsoon season and it rained every day. It was amazing that the box did not cap[size in the heavy seas.

There are many tales of survival at sea but all of the longer periods have one thing in common. They occurred in the Tropics, that is the warm band between Cancer and Capricorn. There are no tales of long term survival outside of this region so we are forced to the conclusion that the most essential need is warmth. We are back to the effects of cold water shock and hypothermia. The British Isles are well clear of the Tropics so our seas are especially dangerous. 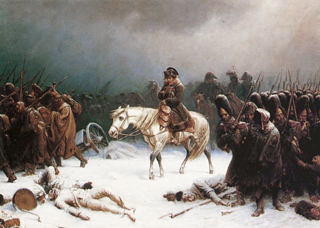 You know what it is like when you first go for a swim in the sea. Your immediate reaction is that the body says, ‘Brrr – that’s cold’, and you start to shiver. Imagine what it is like if you fall in un-expectedly. The shock to the body is even greater. The blood vessels close up and you gasp for air. Your breathing rate changes dramatically and the shock to the system can promote a heart attack. This is the first thing that can kill you.

Get through that first minute or so and, just as when you go in for a swim, your body adjusts to the cold. Then starts the insidious bit – you just get colder and colder. The RNLI reckon that around our coasts a fully clothed person in the water has about 30 minutes before the hypothermia kicks in. To preserve warmth the body systems start to shut down. You had been shivering – it stops. You lose co-ordination, you get confused, drowsiness sets in and you lose interest in what is happening to you. This is where you start to take in water and that may drown you. All this is why speed is essential in getting help to someone in the water – even in an English summer.

In the Lookout the Watchkeeper may be the most important person in a rescue – not because he dives in and saves someone, nor because he drives the Inshore Boat to the scene. It is because he may be the first person to see someone in difficulties, possibly the first person to realise something is wrong. It is his or her call to the Coastguard the brings the Rescue Machine in to action. Then the Coastguard may ask the Watchkeeper to keep an eye on the casualty and guide the rescue boat to the scene. It is as simple as this. If no one spots something wrong then no one alerts the rescue operation. No Watchkeeper (say it’s a Tuesday) – one drowned person.

We have a highly skilled rescue system, the cool and calm Coastguard in his Co-ordination Centre, the trained volunteers in their RNLI boats and the new Coastguard helicopters operated by Bristow’s. Let us not forget the volunteer Cliff Rescue teams and the Beach Lifeguards. We in the National Coastwatch may only be a small cog in the system but are an essential part of safety on our beaches and local waters. You may have noticed I have said if you want to drown Tuesday is a good day. The reason is that we do not have enough volunteers to cover the whole week. So, if you think you can give a bit of time to help in the vital rescue system find out a bit more. Give Sue a ring on 01872-530500 or Chris on 01326-270681. 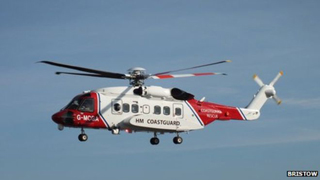 Before I finish may I give our thanks to Mark Hughes and his colleagues at Bristow’s who recently showed us round their most impressive set-up at Newquay. We were fortunate that we were there in a quiet period so they could give us their full attention. We now have no doubt that the new set-up will be just as efficient as its predecessor at Culdrose and that Rescue at Sea is in good hands.

Pictures by courtesy of Wikipedia and Bristows