It Was A Dark And Stormy Night 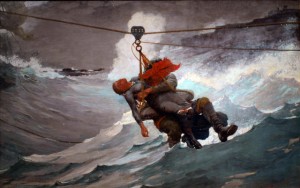 As the month of March approaches perhaps it is a time to remember the tragic accident at Cadgwith in 1994 when two Cadgwith fishermen were drowned in close proximity to the old Coastguard Lookout which had been abandoned a few years previously. At the time there had been strong local feeling against these Government cuts and, following the deaths of the two men, Peter Williams and Tony Culmer, a group of volunteers decided to re-open the Lookout and the N.C.I. was born

A look at the old records shows that the Cornish Coast was a graveyard for ships in the 1800’s, in fact up to the end of the Second World War when navigational aids became more common. Square riggers were driven ashore, steamers simply became lost in poor visibility and added their bones to the unforgiving rocks. At the same time Cornish men and women have creditable record as life savers, struggling into the breakers or clambering the cliffs to aid survivors. On 5th and 6th December, 1830, three foreign ships were driven ashore at Portholland. Five local fishermen used a dinghy which had been washed off one of them to hazard the surf and managed to rescue two of the crews, the third crew getting ashore unaided. It is worth noting that the wreck of the three ships in Portholland resulted in the building of the Daymark on Gribben Head at Fowey, to distinguish it from Dodman and St.Anthony’s. 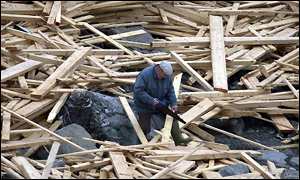 Similar acts of rescue took place all around the coastline and local lives were sometimes lost. In 1867 five men were lost from the Padstow lifeboat. Another five went in 1938 when the St Ives lifeboat capsized while on a rescue. That being said the local population was not slow in profiting from the ‘God given’ bounty of a wreck. After the rescue at Portholland locals turned to with a will to salvage what they could before the Excise men turned up. When Sir Cloudesley Shovell’s fleet crashed into the Scilly Isles the islanders made good use of the windfall. Even today it happens. Not many years ago a ship going up Channel lost most of its deck cargo of timber and it was washed up along our coast and into Devon. Many a garden shed was re-built. What about the BMW motor bikes which were on the ‘Napoli’  wrecked off Beer

Mind, I have never subscribed to the notion of ‘wreckers’ as described in literary mythology  setting false lights to bring a ship ashore. It just would not work. Lights on land are there to warn ships off, not entice them on. True quays have lights on their ends to indicate harbours but to be effective these would have to be somewhere in the region of the harbour and thus too close to centres of law and order. It’s a nice story but that is all that it is. 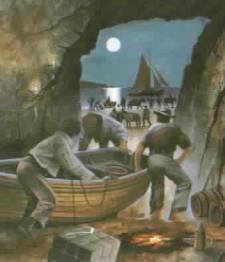 Today the big ships are a long way out and navigational aids keep them safe as long as the crews are competent. The emphasis has moved to small craft. This country has the greatest mileage of shoreline of any European country – about four times that of France. We have probably ten times the number of small craft. It is estimated that there are 450,000 along the South Coast of England! If only 100th part of this uses our Cornish Coast the magnitude starts to show. You have only to stand in the Lookout on a fine summer Saturday and try and count the craft using the water. If you reach 25 then you have 25 unlikely, but possible, casualties. Add 60 people swimming or paddling, another dozen walking the cliff path in our section and you begin to see the need for N.C.I. because there is no other organisation actively watching out over them. A three hour watch in the Lookout is rewarding, can be busy, can be fun and you can meet some interesting people. Many say they did not know NCI existed – most are interested. How about you? We still need volunteers and the number to ring is still  01872 501838