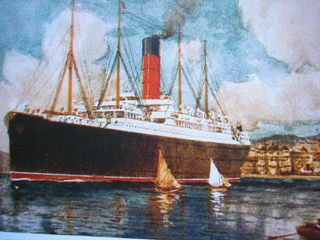 This is the call that no Coastwatcher ever wants to hear. It means someone’s life is in peril. Nobody would wish it on anyone, but it does happen.

Mayday is taken from the French word (M’AIDEZ) and means (HELP ME). Whenever it is heard, the receiver of the message will attempt to assist. A ship’s course will divert hundreds of miles; aircraft will also divert and give what assistance they can; humans, even enemies, will do what they can to assist those in fear of their lives.

It’s a wonderful, yet sobering thought; that it is mainly in these times that humanity will pull together.

When the mighty liner Titanic struck the iceberg and was sinking, the call of MAYDAY, meant the Carpathia instantly changed course, put on full speed, and headed for those in need. Miles away and on a different heading, her Captain and crew didn’t hesitate.

As a Coastwatcher, a major part of my training is focussed on the preservation of life, and people’s health and safety. Our small station has the most comprehensive, yet excellent training you can imagine. Taught at your pace, and your pace alone, every aspect of our duties is explained and tested on your way to Watch-keeper status. 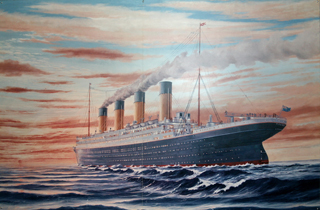 I was very nervous of my tuition; I’m not a good student and find retention of knowledge is never easy unless its trivia. I’m good at trivia. Fortunately I persevered and the help given me in training plus the “practice makes perfect” application of it, meant I learned and passed without realising.

However, this brings me to the call of Mayday.

There are some things that practice never prepares you for.

I was terrified of getting a Mayday. How would I react? Would I freeze? Would I panic? Would I remember what to do?

It weighed heavily on my mind as I wouldn’t want to let anybody down.

Then one day last year I was on duty. The sun shone brightly, the sea was calm, and it was a time of peaceful enjoyment, a time to relax, all was right in the world.

Before the caller had time to say anything else I found myself sitting poised at the desk. In those brief seconds I had stopped looking through my binoculars and placed them on the table; switched on the voice recorder; grabbed pen and paper; sat quietly on the chair; and was completely focussed on the message coming through.

I wrote the details down clearly and legibly as the caller spoke and remained poised to answer when I heard the Coastguard answer the call.

The professionals were on the case and I could stand down. The Coastguard organised the helicopter and lifeboat; and although I continued to monitor the situation if needed; my job was done. It simply remained for me to record everything in my logbook for future reference.

My heart went out to the poor unfortunate that needed assistance and I’m pleased to say all was resolved in time. But a large part of me was delighted. My first Mayday, and in those few seconds I had done everything by the book. I hadn’t even had to think. The training kicked in and I had responded instinctively. I was that pleased.