Shout ‘Help’ And Someone Will Come 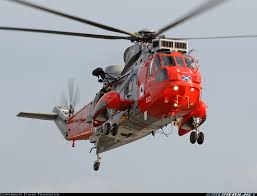 It seems our safety and care are very well served on this coast. We have people to watch over us and people to come and rescue us if necessary. We have Coastguard, N.C.I., Rescue Helicopters and Portscatho Cliff Rescue Team. We have two boats operated by the R.N.L.I. and we have Auxiliary Coastguard and Air Ambulance. It was the first group which swung into action a couple of Sundays ago when our Watchkeeper’s lunch was interrupted by Rescue 193 buzzing overhead and landing on Pendower Beach. He had heard nothing on the radio so was naturally curious, and, making full use of our facilities, he rang the MRCC at Falmouth to find out what was up.

‘Haven’t heard anything,’ was the reply, ‘I’ll try and find out’. Robert then heard Falmouth on the radio to Rescue 193 and it appeared they had been called to someone on the Beach who had a medical problem. Portscatho Cliff Rescue Team were exercising at Porthcurnick at the time and, hearing what was going on, volunteered to attend as well to see if they could help. Once again it was demonstrated that we can see parts of the Coast that MRCC cannot and Robert was asked to let them know when the helicopter lifted off. In due course 193 came on the air to say they were taking the casualty to Treliske and Robert was able to confirm to Falmouth when they actually lifted off.

We were puzzling afterwards how all of this happened and yet MRCC knew nothing about it and probably would not have done so if Our Man in the Lookout had not told them. This is complete conjecture but it seems likely that someone on the Beach managed to dial 999 and ask for an ambulance. Ambulance Control realised that they could not get an ambulance down on to the beach so needed a helicopter. If Air Ambulance was already committed Culdrose would be the next option. This is all guesswork and may be completely wrong. 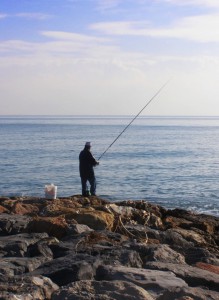 It has, however been a busy second half of the year. In July our Watchkeeper was asked by MRCC if he could see a speedboat on the rocks at the side of Nare Head. Using the big telescope he was able to confirm this and give a position, guiding the Lifeboat to the scene. When they got there the cupboard was bare! Just the boat on the rocks. It turns out that it had suffered engine failure and drifted ashore. The crew pulled it clear of the water and then climbed the cliff to safety. People had seen them climbing and had warned Falmouth Coastguard that they were in trouble, which started off the search.

One must assume that they had set out without any form of communication, either radio or ‘phone, in itself not the best practice. It was either that or they did not think to call the Coastguard, tell them what had happened, and thus avoid an unnecessary alarm. Both Lifeboats went and. in the end, gave up the search. A message from this? If you have had a problem and it is possible the Emergency Services are concerned, at least tell them if you manage to get yourself out of trouble and do not need assistance.

In August a 32ft yacht got a line around its rudder off the Whelps and was securely fastened. Not a nice place to be, with the seas breaking on those jagged teeth too close for comfort. We were asked if we would keep an eye on the situation until the Lifeboat could get there, which we did, and they were able to free the vessel which continued to Falmouth. No problems – no one hurt. But we had another unexpected happening a few weeks earlier when, with no prior warning, our Watchkeeper was startled to find Rescue 193 practically hovering outside his window!

At least it was above Porthcurnick Beach. An Auxiliary Coastguard was rushing about on the Beach talking to people as if he was searching. He was using his radio but because he was on the Beach he could not reach Falmouth. Nothing was found and, just as the helicopter was about to put it down to a false call it was realised that the casualty was on Porthbean Beach, the one on the opposite side of Pednavaden Point, a gentleman with a serious medical problem.

Rescue 193 hopped over the Point, landed and whisked him off to Treliske. We gather he survived so all’s well that ends well but another lesson to be learned. Correct location of a casualty is essential. In this case a visitor who had raised the alarm did not have local knowledge and probably said ‘ Beach at Portscatho.’ Had our Watchkeeper been aware of the incident we could have avoided all that confusion – that is why we are there.

In my last missive I told the story of the two young men in the small inflatable whose outboard stopped. They were sailing along nicely in the offshore breeze – but in the wrong direction. Another one for our Incident Log. Then, a couple of weeks ago, Colin had actually closed up at 5pm and was walking away when a man ran up saying, ‘Can you help? Three men and a dog are trapped on the rocks by the tide!’ Colin couldn’t see them from the Lookout as they were hidden by the cliff on the Portscatho side of Pednavaden but he duly opened up again and told MRCC. 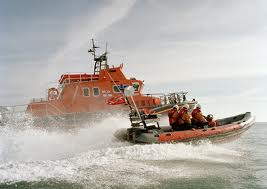 Portscatho Cliff Rescue Team was tasked with the job and started on their way round. At that point Colin was told by his ‘informant’ that the three people had started to climb the cliff, no easy task on those cliffs as, though not high, they are very crumbly and unstable. Quite correctly Colin tried to get them to stay where they were as help was on the way but they decided to continue against his advice and, luckily, reached the top without incident. No doubt they were fit, able and very careful – but also lucky. A hand or foothold breaking away would have produced a nasty fall back to the rocks. They may not be high but the rocks at the foot are hard and jagged. The sensible thing to do was to stay put. They were in no danger, just inconvenienced. They knew help was coming with proper gear, ropes, ladders etc. Drop twenty feet and land on your head? You might not need a ladder then – perhaps a coffin! Or even damage your spine and be in a wheelchair for life. Over dramatisation – perhaps, but things like this happen.

So what can we learn from all this.

(1) The beaches, cliffs and water close inshore are not visible to the Coastguard at Pendennis Point so they frequently ask us what we can see.. Not only are we eyes but also ears as we cover the radio ‘black spot’ caused by the landmass of Grebe and Zone points which lie between us and MRCC..

(2) you should not go any distance out to sea unless you have a radio or ‘phone, and use it not only to raise an alarm but to tell the Emergency Services if you get out of trouble and no longer need them.

(3) Make sure that any location you give is accurate. If it’s wrong then someone could die. This is why we spend so much time practising distance, bearing and chart work.

(4) Unless you are properly equipped don’t try climbing our cliffs. You only have to look around at the various points where we have had a section collapse to realise just how unstable they are. Much of what lies between Grebe Point and Nare Head is loose earth, sandstone and small pebbles – not the sort of stuff on which to build your hopes. Finally, if you think you could help by joining N.C.I then give Robert ring on 01872-501670 or Bob on 580720.

We still need more volunteers. We would like to cover Tuesdays as well but, at the moment. have not enough personnel. Practically anyone can do it and, if you are fit, age may not matter. There is no commitment in finding out and people will talk to you and make sure you understand what you are taking on. By that I mean no one will pretend that you may not get wet walking out to the Lookout on a poor day or that there are times you will be glad of your NATO pullover.

Pictures by courtesy of M.o.D and Falmouth Lifeboats