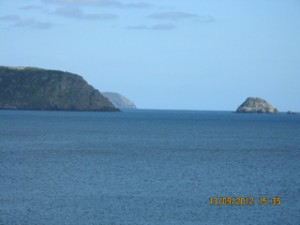 A very quiet day in the Lookout. A Thursday and a few on the beach and in the water but nothing to see in front save waves and part blue sky. A patch of sun lit up Nare Head and I started to wonder what it was like here during the war.

I was a child in London but, as always, Cornwall must have been very different to the Big City. Cornwall had no large conurbation of houses and little industry, but it was an important cog in the defence wheel because of the major ports of Plymouth, Falmouth and Fowey and the two important airfields of St Merryn and St Eval, principal bases for the Coastal Command fight against the U-Boat.

There were many bombing raids in this area – indeed on 15th May, 1941, 13 bombs fell on St Just-in-Roseland and the following night a Coastwatcher was killed by a freak bomb on Hemmick Beach, near Gorran Haven. The main target, so far as Roseland was concerned, was Falmouth. 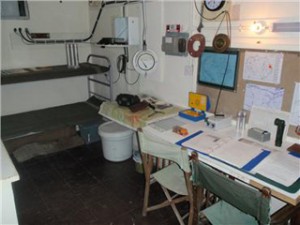 Many raids were night raids so three decoy sites were  constructed around the town, one on Nare Head, one on Nare Point (Helford) and  one at Mabe. These were ‘Starfish’ and ‘Q’ sites a system perfected to draw bombers away from their targets by creating dummy cities, railway line, etc. ‘Q’ sites were made up of lines of part hidden lights to mimic poor blackout, i.e a .town streets at night while ‘Starfish’ were elaborate systems which could be set on fire or made to explode simulating successful bombs.

Trenches were dug and filled with coal which could be doused with creosote and remotely set alight, explosives were buried or set on towers, and the whole system set in action by troops who were billeted in the area and lived in a bunker during raids so they could set the whole thing off. In the case of Nare Head the  troops were billeted in Nare Farm and those on duty took up their positions in the bunker each night. Imagine going out at night to sit in  where the whole purpose was to draw bombs on your head! There is no record of anything falling on Nare Head, but Nare Point and Mabe were attacked – so far as I can find out with no casualties.

At the end of the war the Nare Head site was de-commissioned but remained in Government hands and a Cold War nuclear bunker was built – not exactly the same spot but nearby. Everyone was now afraid of the nuclear bomb and Government began to think of the devastating effects. They had seen  what happened in Japan and swords were now being rattled around the world – Russia glaring at America, friction on both sides of the Atlantic and we were in the middle. 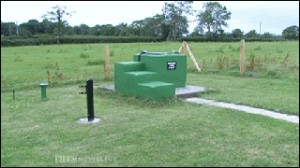 A bomb burst would devastate both civil and military government in the country. Their solution was to build large secure nuclear proof bunkers throughout the Kingdom and, if the situation deteriorated to the point deemed necessary, selected sections and personnel of government and emergency services

would retire to these bunkers where it was hoped they would survive the blast and its after effects. These would last days or weeks depending on the proximity of the blast. They would then emerge and form the nucleus required to set the country on its feet again. At least that was the theory – thankfully never tested for real. The bunker on Nare Head is still there and is opened to the public several days a year.

The headlands of this country have, from time immemorial, been used as vantage points for defence and safety. You had a good field of fire and could not easily be surprised. Essentially, of course, they have one great attribute – you can see a long way – danger coming or people in trouble. 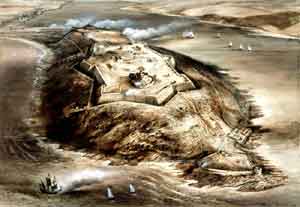 First the Ancient People built forts and settlements. The Middle Ages saw defences built to guard against invasion by sea and these were improved on in the Napoleonic Wars. Their more peaceful usage was that of Customs Officers who became Coastguards watching for ships in trouble. Then along came N.C.I. , not now aimed at big ships but the inshore leisure users of our waters.

That brings me back to where I started, sitting musing in the lookout, watching kids on the rocks,  one guy in a wet suit snorkelling round our headland and now a couple of kayaks. Hardly as exciting as the past history of the area but worthwhile if you can raise the alarm for a child  in trouble – and much better than having bombs on your head!