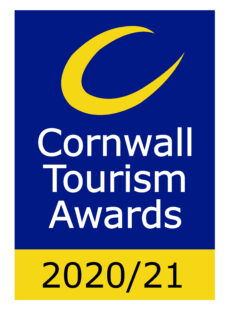 Three local establishments have reached the finals of the Cornwall Tourism Awards 2020/21 – The Idle Rocks in St Mawes, Thirstea Café near Portscatho, and the Teacup Tearooms in Mevagissey.  Results will be announced on 25 February.

The Idle Rocks have been nominated in two categories – Small Hotel of the Year and Restaurant (and Casual Dining) of the Year.  In the hotel category, they are up against the newly opened Pig at Harlyn.  They took to social media to say how are delighted they are with their nominations, wishing their competitors every success.

Teacup Tearooms commented on Facebook that they were over the moon. It had been a difficult year health wise, but an appearance on Channel 4’s Sunday Brunch had really helped with their online sales.  Who knows, it could be three in a row for them!

We caught up with Thirstea owners, Seth and Jodi Richards.  Speaking to Roseland Online, Seth said “We’re absolutely stoked by this news! This award is for our café, which opened in the middle of a pandemic less than 7 months ago. We’ve had success at the Awards twice before now, so it’s great to be back with our new premises!  It is down to our wonderful team who jumped in feet first to work in a brand new business!”

Good luck to all nominees, we will be rooting for you!