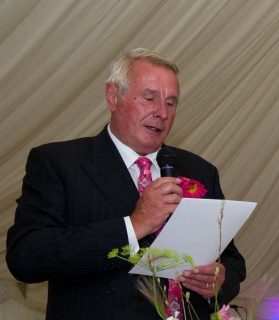 A longtime visitor to the Roseland since the 1950s from his native North Wales, he and his wife Anne moved permanently in 2001 into Clifton Terrace, Portscatho.

He promptly joined the Coastguard, serving in the Cliff Rescue Team and also served on the committee of the Harbour Club. In his spare time, he pottered around on his boat, Zannah Too, named after daughter Susannah and, as his health deteriorated, read many books overlooking Gerrans Bay from the cosy corner of his conservatory.

There will be a burial service at St Gerrans Church at 11:30 on 6th January, followed by a celebration at Portscatho Harbour Club for all who knew him.