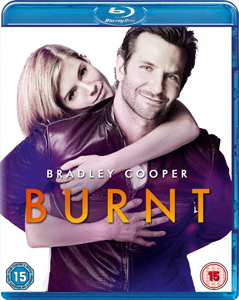 Chef Adam Jones (Cooper) attempts to rebuild his life and career after a period of erratic, drug-fuelled, behaviour led to him losing his restaurant. He moves to London from New Orleans where his former maitre d’, Tony (Brühl) reluctantly employs him as head chef at his fine-dining establishment. But for Adam, this is only a stepping stone to his real dream – to open his own restaurant and achieve that coveted three Michelin star rating.

It’s hard not to like Bradley Cooper. I like pretty much all his films and some I LOVE, but unfortunately this outing misses the mark. It’s not so much his acting as the script (in my humble opinion). It’s rather self-important and the story’s somewhat jagged and clichéd.

Even the mighty German actor, Daniel Brühl, comes across as wishy washy so for me it’s not a great movie, but watchable.

Verdict: Fails to engage but passable 100 minutes if there’s nothing else on. **