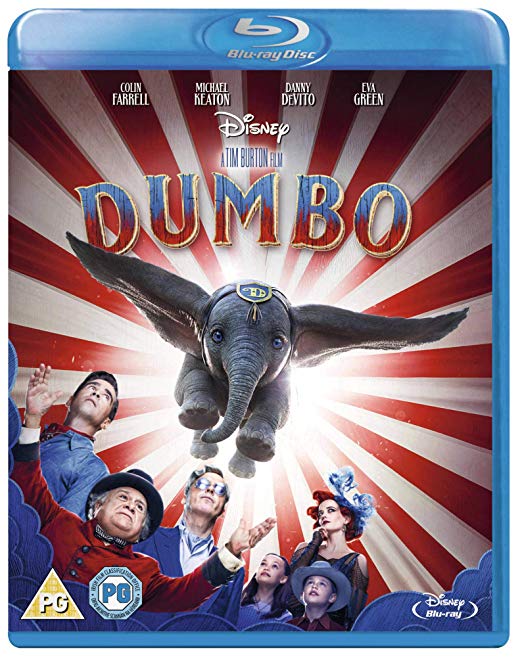 Visionary director, Tim Burton’s the grand live-action remake of Disney’s classic tale sees a young elephant, whose oversized ears enable him to fly, helps save a struggling circus. But when the circus plans a new venture, Dumbo and his friends discover dark secrets beneath its shiny veneer.

Undoubtedly a lavish production with an all-star cast but unfortunately Mr. Burton has lost some soul in this CGI/live-action mashup.

I’m a fan of Tim Burton (especially when he films on the Roseland! ;0-) but I’m afraid to say this one is bland, over-long and frankly unnecessary. My advice, stay in, grab yourself a copy of the 1941 animated version and await his next film.

Verdict: Goes where Tim Burton’s Charlie and the Chocolate factory went… into Neverland! **