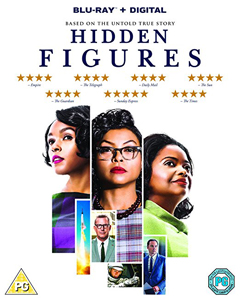 This is the till-now untold story of Katherine G. Johnson (Henson), Dorothy Vaughan (Spencer) and Mary Jackson (Monáe), three brilliant African-American women who, in the early sixties, worked at NASA and served as the brains behind one of the greatest operations in history: the launch of astronaut John Glenn into orbit.

A stunning achievement that restored the nation’s confidence, turned around the Space Race, and galvanised the world. The visionary trio crossed all gender and race lines to inspire generations to dream big.

This is a funny, beautifully acted and entertaining. ‘true’ story of three extraordinary women, who, sadly, only one of which (Katherine G. Johnson) will ever get to see this accolade. Clearly panel-beaten into Oscar-friendly shape, nevertheless, this is an immensely likeable film and one that draws overdue attention to a story that has been neglected for far too long.

Verdict: An uncomplicated drama that puts black women at its centre ****