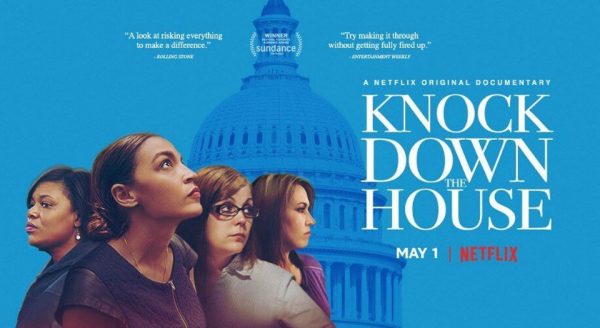 Knock Down the House – a documentary directed by Rachel Lears

We follow four female Democrats who decided to run for Congress in the 2018 United States elections: Alexandria Ocasio-Cortez of New York, Amy Vilela of Nevada, Cori Bush of Missouri, and Paula Jean Swearengin of West Virginia. Vilela, Bush, and Swearengin.

Their campaigns in their respective Democratic primaries are documented as the four candidates each run grassroots campaigns against long-time incumbents under seemingly impossible odds.

A truly extraordinary insight into the sterile nature of American politics where those in power, stay in power simply because they have the money and power to overcome the strongest of competitors… almost! I was gripped from beginning to end and found it as much soul destroying as it was euphoric.

Verdict: For me, the best documentary currently on Netflix and utterly inspiring *****