Every now and then, the world sees an icon grow out from the most impossible roots. All 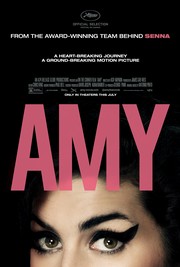 too tragically, though, the world they grow into wants to pick at their leaves until they’re just a bare stalk.

This tragic and moving documentary of the world’s most recent flower is just such a story.

Powerful and emotionally engaging, whether an Amy Winehouse fan or not, the film gives an unsettling and powerful portrayal of the star’s brief bask in the limelight.

A truly wonderful but heartbreaking film from a director of some astoundingly well received films like Senner and and Far North.