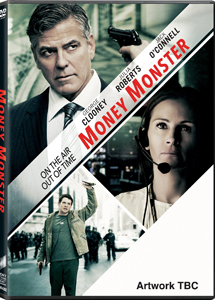 Lee Gates is a bombastic TV personality whose popular financial network show has made him the money wiz of Wall Street. But after he hawks a high tech stock that mysteriously crashes, an irate investor takes Gates, his crew, and his ace producer Patty Fenn hostage live on air.

Unfolding in real time, Gates and Fenn must find a way to keep themselves alive while simultaneously uncovering the truth behind a tangle of big money lies.

As well as being a zeitgeist movie, Jodi Foster has added to her directorial portfolio with a highly entertaining and well-acted film that will keep you on the edge of your seat with a dynamic direction and a tense plot, even if it does becomes too implausible. So although it has an all star cast, it doesn’t have the all star story that it deserves. hardly predictable, at the same time, it sadly isn’t multilayered enough to really captivate.

Verdict: Not a perfect film, but definitely worth watching ***

This film will be shown at The Harbour Club, Portscatho on Monday 3rd October.