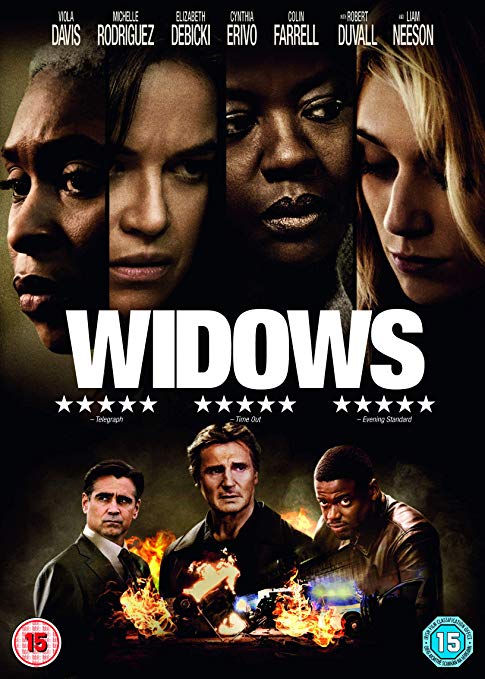 From acclaimed director Steve McQueen (12 Years a Slave) and co-writer Gillian Flynn (Gone Girl) comes a blistering, modern-day thriller with a powerful ensemble cast. When four armed robbers are killed in a failed heist attempt, their widows—with nothing in common except a debt left by their dead husbands’ criminal activities—take fate into their own hands to forge a future on their own terms.

Gotta admit I was looking forward to seeing this film and it didn’t disappoint. Another great thriller in a new genre of excellent women-driven roles, Viola Davis managed to hold all the sensitivity of a woman forced into a traditionally macho role whilst still holding her own when up against the worst of them.

Although I saw some of the twists coming, they were delivered in an unexpected way and all the women played their roles excellently whilst Liam Neeson managed to play more of a passive role.

Verdict: Some nice genre-busting role-switches pulled off with excellence. ****