Dior and I – Documentary Directed by Frédéric Tcheng 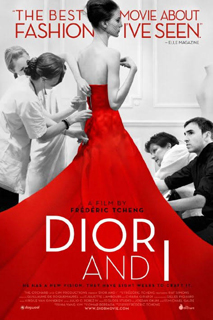 Inside the storied world of the Christian Dior fashion house, we get a privileged, behind-the-scenes look at the creation of Raf Simons’ first haute couture collection as its new artistic director – a true labour of love created by a dedicated group of collaborators.

Melding the everyday, pressure-filled components of fashion with mysterious echoes from the iconic brand’s past, the film is also a colourful homage to the seamstresses who serve Simons’ vision.

having watched ‘September Issue’, a documentary about Anna Wintour, editor of Vogue magazine, I was expecting a similar bizarre collection of people with egos a mile high and an almost voracious voyeuresque film. Nothing could have been further from the truth here.

Raf Simons not only comes across as a sympathetic artist with an incredible attention to detail, but the whole Dior staff were very ‘normal’ in their manners but with a real sense of privilege to their work.

As the day for the unveiling of his first collection draws near, so too does the sense of urgency and with ideas like an entire manor house interior clad with flowers from floor to ceiling, the tension is palpable.

Verdict: An interesting film of passionate people working together for the good of something greater than them. ****

This film will be shown at The Harbour Club in Portscatho on Tuesday 7th July.