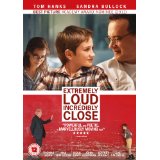 Starring Tom Hanks and Sandra Bullock, this film is adapted from the acclaimed bestseller by Jonathan Safran Foer and is about Oskar Schell, an inventive eleven year-old New Yorker whose discovery of a key in his deceased father’s belongings sets him off on an urgent search across the city for the lock it will open.

A year after his father died in the World Trade Center on what Oskar calls “The Worst Day,” he is determined to keep his vital connection to the man who playfully cajoled him into confronting his wildest fears, encountering an eclectic assortment of people who are each survivors in their own way.

This film has great acting from Thomas Horn and successfully avoids being sentimental when it could so easily have become so. Take time out to watch this. It’s really quite inspirational.

Verdict: A lovely film with excellent acting from the whole cast. ****

(This film will be shown at The Harbour Club, Portscatho on Monday 7th January. Click here to see a trailer.)