To some of us, it is a television programme (apparently, quite good) about a family dynasty.

To others, it will be something to do with the Royal Family.

To us, it means making sure the next crop is coming along before the first one is finished. Many of you have thrown yourselves into vegetable growing this year, but if you want it to feed you for the remainder of the summer, you will have to ditch some of those early plantings and replace them with new seedlings of the same crop, or pull them out altogether and look forward to what you might want to harvest in the coming months

The classic example of a crop that you need to rip out and replace with newer sowings is salad crops and lettuce. Salad and lettuce become bitter, tough and leggy as the weather warms up, and will try to bolt and produce seed, which adds to the bitterness. Nothing more to do than rip it out and sow some replacements, preferably before you have got to the ripping out stage, but if not, you’ll just be a couple of weeks without salad from the garden. 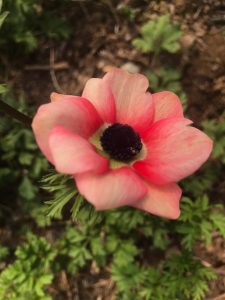 In re-sowing, you must make sure of a few things. First, is that the soil is well fed,  because the fast growing salad will have reduced the nutrient levels substantially during its growing period. Add some well rotted manure or multi purpose compost and make sure it is well watered.

Second, lettuce and salad seed doesn’t like to be too hot and will not germinate if it is. It is probably best to set off the seed in a cooler shadier spot, and them plant out the seedlings once they have gained some traction, and sow thinly to make your job easier.

Third, make sure you are sowing salad and lettuce appropriate to the season. Anyone who buys our salad leaves from Veryan and Portloe Stores will have noticed the composition of the bag changing over time. In the early part of the year, we were able to grow some winter leafy lettuce but also some peppery small leaves additions such as mizuna, pak Choi, purslane, lamb’s lettuce, leaf spinach, mibuna and so on. However, these don’t grow well in higher temperatures and soon run to seed or start to taste acrid. So we have to move to more soft large leafed (oak leaf, little gem and cos types, principally) lettuce types and provide the flavoursome additions through herbs and edible flowers such as marigold, nasturtium and so on. And in time, we’ll be able to move back to the winter mix as we head into autumn.

A few crops have simply finished their season, and it is time for them to come out. Some of our early peas and spring cabbage have been pulled out (all the relevant parts eaten, of course, by us or my veg-eating dogs!) and the later peas and mangetout will be coming out in the next few days. Later sowings of these won’t work so it is on to something new and lo, we planted seeds of cavolo Nero, chard, and leeks some weeks ago ready to fill the gaps. These have now gone in, after feeding and watering the soil well and will feed us well into next year.

Since we mention chard and cavolo nero, here are two crops which are very easy to grow, work hard all year round, and are very versatile in the kitchen. 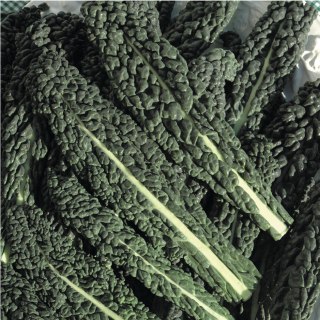 Cavolo Nero can be eaten raw as small leaves, and used in all sorts of dishes as the leaves get bigger. It overwinters brilliantly and is one of the so-called superfoods (by which I think they mean lots of health benefits and virtually zero calories….). It germinates really easily from seed too and needs little tlc save netting from bugs and caterpillars. 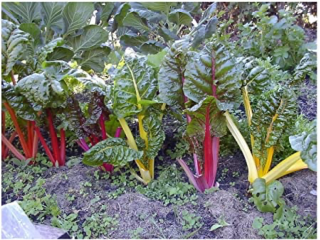 Chard falls into a similar category, and is not often available in the shops either, so great to grow yourself. In the case of both, you get hundreds of seeds per £1 or so packet so you can feed your family cheaply and nutritiously from a tiny patch of soil or even a big container. Go on, give it a try.

So, succession really is all about taking a few minutes for forward planning and chucking a few seeds in when you feel the season moving forward. Only this weekend, I had a session of seed planting getting ready with all the autumn winter croppers such as spring cabbage, broccoli in several forms, winter spinach, lots of types of kale, spring onions, more chard and on the flower front, wallflowers, sweet william and foxgloves ready for next year. And now I can sit back back and breathe for a few weeks until they pop up, and the job of pricking out and planting on comes around again.

Just enough time to start browsing the bulb catalogues in fact, and planning our spring bulb display! So many nice things available.