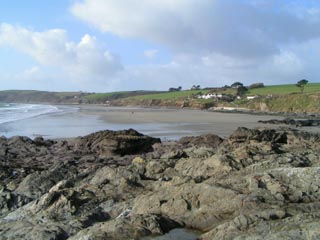 I had a lovely walk in January across the beach from Carne to Pendower at low tide and in much awaited sunshine. I don’t get down there often enough and feel I don’t have the excuse now without dogs to walk. But I really enjoyed it and the daffodils around the car park were in full flower and shining gloriously in the sunshine. I also have native primroses in flower in the garden and the mild weather has brought on camellias much earlier than the last two cold winters. The clematis armandii is in fat bud ready to burst out and I still have campanulas flowering in the raised beds from last season – what good value they have been, flowering from April to February so far, just for the sake of one lot of dead heading.

There is within most of us a tendency to complain about the weather and frankly if your garage or house has filled with water then that is understandable. But I also keep a rough diary, with my weather station, and last year I was bemoaning the long run of torrential rain and floods but this year here we are with the summer’s marguerites still in flower on the patio, the herbaceous plants growing away very quickly and real feelings of spring just around the corner. The red pyracantha was still covered in beautifully bright berries until my friend Mr Blackbird found them – still he has enjoyed them thoroughly. He will start on the yellow ones now he has finished his favourites. So yes, there are signs of spring around already and I hope that I haven’t tempted fate by mentioning that.  February is often the worst month of the year. 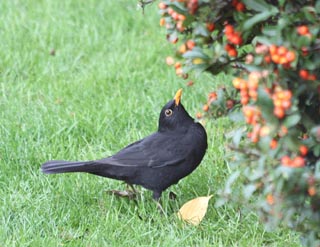 So where are we with the gardening? Hopefully looking at spells of drier weather, a light breeze to help dry off the surface and then I have to finish some tidying that didn’t get done in the autumn. All the trimmings go on the compost heap, partly to provide compost but also because there are little bugs and creatures that have made the herbaceous plants their home for the winter.

All the jobs that follow are dependent on the weather, if we are blanketed in snow or ice. Just hold off until the weather is conducive:- 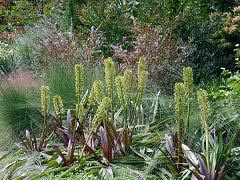 My summer pots are planned, marguerites and eucomis only, my life is now petunia and lobelia free. All the borders will be chock full of herbaceous perennials. I am not prepared to spend another summer trying to keep summer bedding dead headed and wind proofed. I have better things to do with my time and the perennials once bought are there forever.

Spring is definitely around the corner, the days are now visibly lengthening and life is looking pretty good out there, isn’t it?