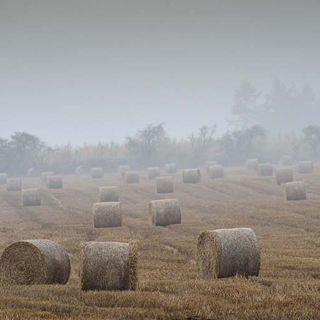 What a flippin’ miserable start to the New Year, weather-wise and therefore gardening-wise. In our annual break from Pengelly (we shut the doors on Christmas Eve and stay shut for a couple of weeks) we would all hope to get some structural work done in the garden, if nothing else, but at the moment we feel like we’ve been going round in a malfunctioning washing machine for the whole time. Violent gusts of wind for nights at a time (more of that below) and torrents of rain. Even thunder and lightning the other night – what on earth is going on? We are not happy bunnies.

Tempting as it might be, do not force your gardening at this time of year for the sake of it. We’ve said it before, but it bears repeating, that if you tread too much on your soil while it is so soggy, you risk creating compaction. That is, the soil structure will become very dense, lose its airiness, and be pretty much unworkable next year when it starts to dry out a bit. If there are jobs you feel you have to do, spread the weight on your soil by placing boards when you need to walk. A simple law of physics – spreading the weight leads to less localised damage. And lay off the mince pies (too late for us).

If we get a series of drier days, with temperatures reasonably elevated as they are, now is a great time to mulch your beds and borders – whether you do it as a weed suppressant or for enrichment. For veg beds, now is a great time to lamper on some well rotted manure or homemade garden compost. The good thing about doing it now is that the weather and wildlife will do a lot of the work for you. Worms will take the manure/compost down, to save you digging, and the rain will wash the nutrients down into the soil where it is most needed. 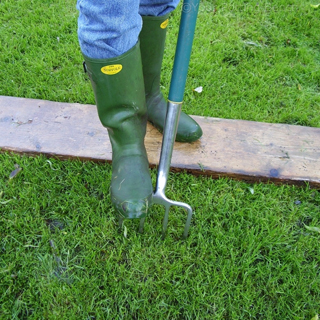 A word of warning if you grow root vegetables though – do not plant them, especially narrow rooted veg such as carrots and parsnips into recently enriched soil. They will (and we love this word) fang, and you’ll be able to enter them into the funniest shaped vegetable category at next year’s local show. Amusing, and still entirely edible, but impossible to peel. It was at this point we planned to put in a photo of some funny-shaped vegetables, but as most of the ones we found probably would have got the Editor fired or arrested, here’s one of mulching instead…

As well as feeding the soil, mulching can have the added benefit of providing an added layer of frost and anti-rot protection for your more tender herbaceous perennials, such as dahlias and verbenas. And even if some of your perennials have already started putting out a few leaves for next season’s growth, don’t worry. Just cover them up, and they will grow through the mulch in due course.

Many people plant trees at this time of year, provided the soil is not too wet, and often ask about staking. Here is a salutary tale for you.

Most deciduous trees are not vulnerable to strong winter winds at this stage in the year, as they have no leaves to act as a sail to the wind. So, it is often argued that staking is not necessary, and that a little wind rock will actually help the tree put out stronger root systems to cope with it. However, evergreens are a different kettle of fish. 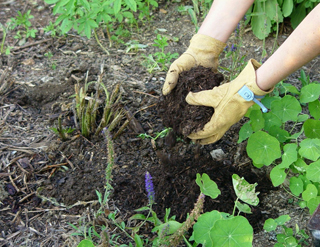 An evergreen tree put in a year ago in one of our gardens had developed a bit of a lean, even with a low stake, as it was in quite an exposed position. The tree was good and healthy enough, just a trifle wonky. Husband of one of us decided it needed a firmer stake to straighten it up, and unsupervised, staked it extremely firmly. 2 mornings ago, after a night of wicked gusts, the top half of the tree snapped off completely, because it no longer had any licence to flex in the winds.

For any of you familiar with Game of Thrones, it is now the Tyrion Lannister of the cotoneaster exburiensis family (as may said husband become once we have finished with him). Luckily, the wound is relatively clean, and as this particular tree also performs well as a spreading shrub, this may well become the fate of this specimen. Be warned. Stake appropriately for the type of tree, its exposure and how stable your marriage is.

This next section is pretty much a repeat of last year’s wording, but again, it bears repeating because many of us (we include ourselves in this) are not desperately confident when it comes to pruning. The how and when is scary, regardless of how many times you do it. So, unless we have a sustained period of frosty nights (and it doesn’t look like it for a while, at least) winter dormancy is also an ideal time to prune your apple and pear trees, and derivatives thereof. 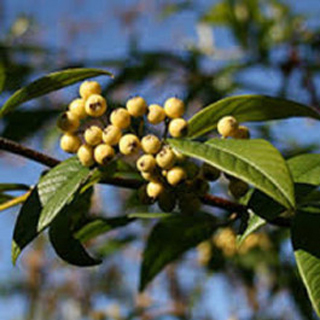 Gooseberries, autumn raspberries and currants, it is their time as well. Essentially, anything with small pips, it is time to prune, and even continue to plant new bushes and trees, subject to the soil not being too cold or waterlogged. Anything with a stone (cherry, plum, gage etc), prune these after fruiting in late summer.

The winter prune on apples, pears and such like is to encourage fruit production over new wood. The most productive wood is 1-4 years old, so if you have any very old branches, it is probably best to remove them entirely, 1/3 at a time, over the next few years. Very new growth should be taken back by a 1/3 to a bud, to encourage the production of fruiting spurs, the small knobbles where the flowers and fruit appear.

Autumn raspberries are easy – just chop back to the ground and watch new shoots arise nearby the main plant.

A frost-free January day is also an ideal time to prune grapevines, because they bleed if left much longer. The sap rises very early in vines and it will weaken the plant if it bleeds too much. Take off all but 2 to 3 buds’ worth of the previous year’s growth. These buds will form the basis of next year’s sappy growth, which will bear the fruit, and the previous year’s growth will slowly form a strong woody framework.

We realise we sound decidedly grouchy in this column, but it is hard to be positive on days such as today, when light levels are so low, the rain continues to hammer down, and the wind starts to pick up again. Apparently this one Is Storm Dylan – how appropriate, then, to be blowin’ in the wind. Remember though that January is named for the Roman god Janus, who was the god of new beginnings, doorways, transitions and all such things.

Depicted with 2 faces, it is worth remembering that we as gardeners can also look back to last year, and its successes, but more importantly, look forward with anticipation at what we can achieve next year. It is only a matter of weeks before days become brighter and warmer, and we’ll forget all about this grim start to the year.