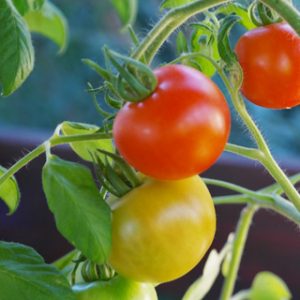 Cornish summertime seems at last to be here, but what a strange old ride it has been. Not exactly a straight line increase in temperatures, and actually we had the heating on at home one or two days in June, so dank and damp was it. The cooler weather has stalled certain things in their tracks – tomatoes are a bit slower, and certainly some herbaceous perennials are behind where you might expect. On the other hand, due to the “bird in the hand” of a dryish and mild winter, some of the flowering shrubs are looking better than ever. Certainly, my roses are spectacular this year and apart from a jolly good winter prune, I haven’t done anything special to them. 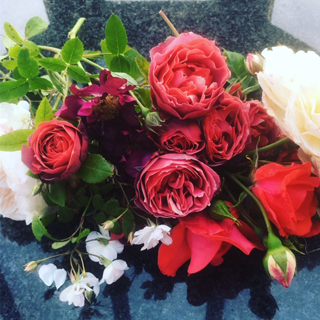 Now, we are actually feeling summery, it calls for a few easy jobs for July, given that you’ve all worked so hard this year, and need a bit of time to kick back and enjoy your efforts.

The first thing to do is to take a look at your fruit trees and decide if you need to thin the fruit. This applies principally to apples and pears, but also grapes, peaches and nectarines, if you’re lucky enough to be able to grow them. Grapes in particular need a double thin – rescue the number of bunches, and reduce the number of grapes on each bunch. 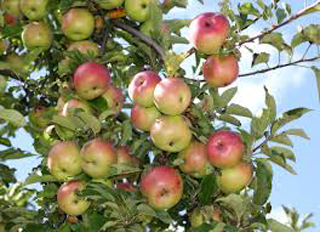 Mother Nature may have done some of it for you in the “June drop”, whereby a tree with lots of baby fruit will drop a good proportion of it. This is perfectly normal, and is the tree’s way of lightening its load to avoid over stretching its resources. If all the fruits were allowed to remain, you are likely to end up with lots of tiny fruit instead of fewer fully developed fruit. Quantity, but no quality. In addition, it may mean the tree does not fruit well the following year, because frankly, it overdid it, and finally, it can weaken the tree to the point that disease can take hold. The citrus below shows a apple tree that desperately needs thinning. 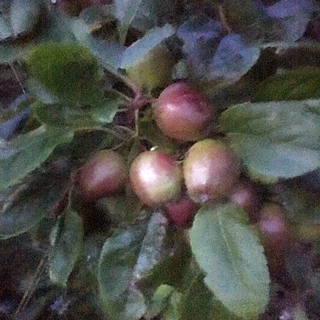 With apples and pears, what you are looking for is to leave one fruit per cluster, giving it plenty of room around it, and avoiding fruits touching once they are fully grown. Depending on the eventual fruit size, this could mean leaving a gap of 6 inches between standard dessert apples for example, but a much bigger gap for cookers. Just snap or snip off any excess. It is slightly heart-breaking to do so, but it is good for the composter, where these thinnings can all go, and better for the tree ultimately.

Deadheading is a pleasant, light job that pays dividends in July. The more you deadhead, the more new flowers you will encourage. If you stop a plant producing seed (its raison d’être, after all), it has to try again with a new flower. And so it continues. It’s a lovely job to partake in at the end of a busy and stressful day, preferably with a glass of wine or a G&T in one hand, and the secateurs in the other. Similarly, there are those plants that which are starting to look a bit tired, but will come back with aplomb for another flush if cut back hard now. Nepeta varieties (catmint) aquilegia and most perennial geraniums fall into that category. Chop right back, water and feed, and while you’ll have a gap for a couple of weeks, you’ll very soon have a fresh new plant 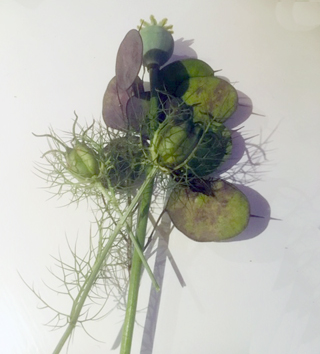 Collecting seed is another satisfying task. All those early flowerers such as aquilegia again, foxgloves, nigella, lunar (honesty) and certain of the poppy family have done much of their flowering. Once the seed heads are dry, collect it in a paper bag and keep it dry and dark until the autumn, when you can scatter with gusto and have some surprise new plants next year.

And finally on the easy jobs, keep an eye out for blight. Normally, this is a late summer problem, but with warm, wet weather and windy conditions (blight spores are wind borne), it may rear its head sooner. Easy signs are that foliage has started to blacken, droop and become quite mushy. Once it’s in your potatoes and tomatoes (these are related, hence why they both suffer), there is only one thing to do. With potatoes, cut off the foliage straight away, and burn it. Dig up the tubers, as they won’t develop any more without any top growth, and eat quickly – they are unlikely to store for any length of time. Because blight is an airborne fungus, it needs to be cremated to kill it. Wash all your tools thoroughly as well, so as not to transmit it elsewhere.

Tomatoes have barely started to develop yet, but they are also very susceptible to blight, so be careful not to cross infect. If you notice it in your tomato plants, the same rules apply – slash and burn. It is brutal, but the only way. 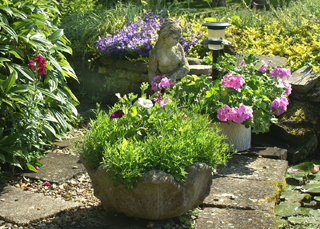 And on a last note, treat yourself to a good poke around other people’s gardens. As well as the grand and stately gardens, there are many open under charitable schemes at the moment the you get a charming day out, and charity benefits to boot. It was a delight to snoop around the lovely and varied gardens of Portloe recently; some of them, you wouldn’t even know were there. I take my hat off to those folks, many of whom garden on vertiginous slopes that would defeat me, and they had the most beautiful hidden treasures. Look out for Veryan’s version next year, which we can promise will be a flatter course! Leave the crampons at home this time.