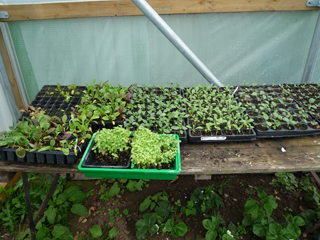 I suspect like me you may have struggled with early spring climatic conditions, twas ever thus! Many vegetable seeds were slow to germinate, young growth was checked in April by cold night time temperatures and in a glass greenhouse you do not have the ambient heat that a tunnel produces. But a few warmer days in May has enabled everything to romp away and as always everything catches up.

I would normally be expecting to start picking broad beans in early to mid-June and whilst the plants are covered in flower they are still quite short. They were planted a little later than normal. There is as always some good news though. I picked my first spear of asparagus on 21 April and the next two were picked on 13th May. Ok it looks like it may only be three spears but hey ho. 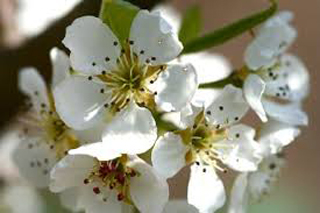 The apple and pear trees were covered in blossom and I only hope they got a chance to be pollinated before the unseasonally high wind in early May blew off the blossom. I had daffodils in flower this year from mid-February and still had lovely flowers in mid-May; different varieties of course.

I freshly plant a load of daffs in two urns and some pots for the terrace in the spring and I did a special order for those last summer. I think I got somebody else’s order because the labels and the flowers don’t match. I order short ones for the urns and they are at least a foot tall and have defied the weather. I ordered tall ones for the pots on the ground and they are short and pale lemon and one pot has the frilliest daffodils I have ever seen. Not what I ordered but I am not complaining the season has been nearly four months long! 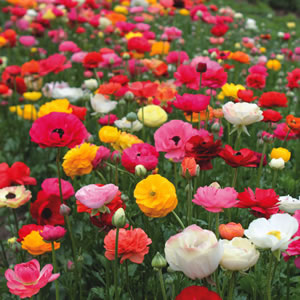 Eighteen months ago I planted some white ranunculi and last spring a few came up. (Note, I defy the spell checker, still preferring the Latin plurals,’ ranunculuses’ is such a mouthful!) This spring they have doubled and trebled and they really are a treat with long life in both the garden and a vase. I shall plant more this autumn, they are very special.

Over the summer last year I cleared a border that was untidy and unplanned and is now next to the terrace where, if we get a chance we can sit for a while. The back of the border had an ugly yet necessary fence and we put in a line of bog standard blue mop head hydrangeas. They will be pink and purple no doubt but have established well with loads of rain water, their main requirement. 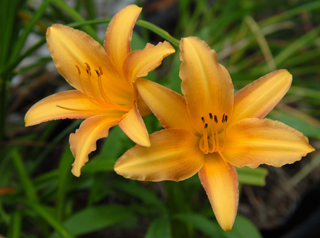 In front are clumps of huge blue agapanthus with yellow day lilies and interspersed are alliums and wild purple gladioli. In the very front are dark aubrietias and the errant daffodils. This border is the first that I have actually really planned well. As the larger plants sprang into early growth the daffodils bloomed. As they went down the aubrietia had spread and flowered.

As the aubrietia fades away the alliums have poked up their globes of white and as they disappear the gladioli will still be flowering. The summer is bright with the heads of agapanthus and day lilies all backed up into the autumn with the hydrangeas. The new border a sea of colour from February hopefully through to late autumn. I am rather proud of it and a little effort in the planning has paid off well. 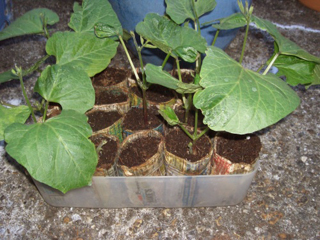 The runner bean plants were carefully hardened off outside and I am planting out next week once this awful weather has gone this weekend. The soil is perfect a mixture of homemade compost and well-rotted manure. I have to thank my pal Gilbert from the bottom of my heart.

He brought up his tractor and mixed the great piles of homemade compost with the well-rotted manure (which he had supplied for me a year earlier). The resultant mix is nothing short of black gold and the runners are going to love it.

You can still sow loads of seeds and plants for this season. The weather may have discouraged early plantings. 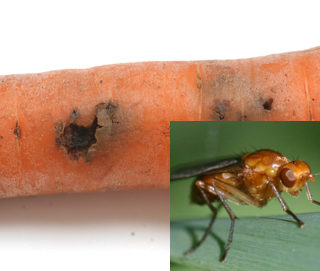 Carrot seeds in warm soil will produce a late small crop and in earlier crops keep an eye out for the dreaded carrot fly. Winter caulis, broccoli and cabbage can all be planted now and indeed into next month. Lettuces can still go in.

Watch the caulis though they can produce nothing but disappointment. They are greedy chaps. They must be transplanted into soil that has been deeply prepared with good compost and well-rotted manure which will not only feed but keep the roots moist too.

Very often the flowers start to mature too early – ‘premature curding’. Eliminate stress, keep them well watered and don’t transplant too late. Smaller seedlings will transplant well so move them from seed trays or modules when they are just big enough to handle; and certainly before they are six weeks old. 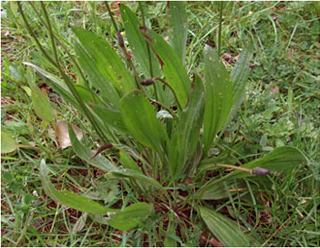 Keep the roots covered with soil whilst transplanting, water in well and add a little liquid feed to the water. Then ensure they are never short of water thereafter.

I am weeding constantly; weeds seem to grow whatever the weather and there is absolutely no substitute for the little and often method or pulling the weeds as you see them. Letting any weeds go to seed now is just piles more work this year and next!

I mentioned agapanthus earlier in the article. They are expensive to buy especially the ‘big blue’ which throw up massive heads and are the envy of all. They look good planted near to the large white varieties and despite enjoying being tight in pots I manage to have them flowering well in the borders too. 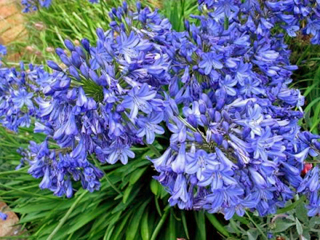 Last autumn I collected seed, put them in a seed tray with a little warmth and within two months I had a seed tray full of emerging seedlings. I am now potting them on for the second time and having been carefully nurtured with some time outside rather than in the tunnel they are big enough to expect some flowers next year. Its time consuming but has cost me a few bags of compost to produce nearly 100 good plants. Seeing 3 litre pots selling at £14 seems to make the small effort well worthwhile.

Lots to do, pots of bedding to put out, all those veg to plant and sow and hopefully a good warm June to start enjoying the fruits of your labour!