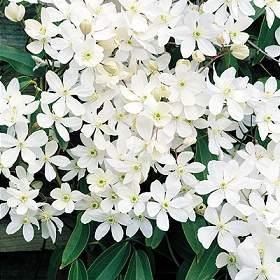 If it is still raining and blowing when you read this then you will understand why I am almost at a loss as to what to suggest your March gardening jobs might be!! I have managed to put all the seeds in that should be sown now, but only in pots in the tunnel and with some gentle heat to aid germination. I have also managed some weeding on drier days. It has not been cold this winter so they are flourishing! I have also tried some very early spring cuttings, particularly of the winter flowering clematis ’armandii’.

This particular clematis has flowered beautifully in January and throughout February. It was planted three years ago and, true to form, when first planted it sulked for a bit and then grew at a reasonable rate. In its second year it grew at a very unreasonable rate and had to be pruned back and carefully trained. It can become a real thug if you do not take care that it goes where you want it to. Give it lots of room, a fence or strong trellis to climb along, (or even better a tree to climb up) and remind it regularly where it should be before it wraps itself round the neighbouring plants.

If you have a specimen that is rampant then you may be surprised to hear that they are difficult to establish. They are not cheap to buy and therefore a failure comes at some cost. I did a fair amount of research before I planted mine and then realised that the research was probably wasted as I knew where I wanted to put it and the location was probably not ideal. The experts will tell you to keep it out of cold winds that may burn the leaves. Mine was exposed to such winds and that is probably why it looked a bit brown and crinkled and took its time to establish. 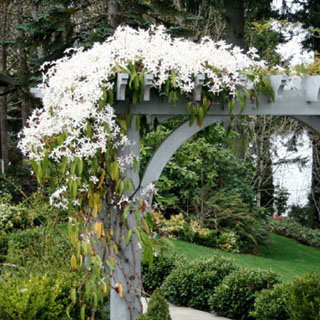 Equally those experts will tell you it thrives in shade on a north wall and will flower in early April. Well mine is in full sun (well, you may remember what I mean by the use of the word ’sun’) and I bought it because of one I had seen in Tregony which flowered so well in late January and all of February. It should be pruned immediately after it has finished flowering and if it has become rampant can be pruned to the ground. That, of course, will encourage very vigorous growth. Do not be tempted to prune it too late or you will cut off next year’s flowers.

However I find I have to do a little light trimming, with extreme care, or it becomes triffid- like very rapidly. I have no wish to deter you from this wonderful plant.  I have no doubt that the top dressing applied to the border it is in and the abundance of water has now produced this glorious show of flowers this winter. Its cheery blossom and delicate fragrance has brightened up the gloomy days.

I am advised that it is one of the most difficult clematis to propagate. Mine was not damaged by cold weather this year and was growing apace with new shoots everywhere so I decided to give cuttings a try. It is as simple as picking a new shoot with two adjacent leaves and roughly 6cm of stem, nipping out the growing tip, slicing a piece vertically at the bottom of the stem to increase the root growth area and putting it carefully around the edge of a pot, buried right up to the bottom of the two leaves. 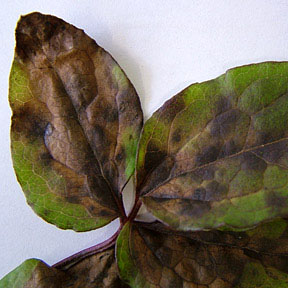 Very fresh hormone rooting powder may help control fungal disease but do bear in mind that a pot of rooting powder that has been in the shed for 6 months or more will have lost all its properties. It may take at least two months or more to put down roots and where the leaves were large I have trimmed them also. Anyway there are pots of them on the propagating bench and with a little heat and a secret propagating trick, I am hopeful.

Yes, you want to know the secret propagating trick? Well take note! As I put a plastic bag over the pot to conserve water and heat, I then close the tunnel doors- with my fingers crossed! Of course they will not all root but bearing in mind that a new plant will cost around £20 it has to be worth a go. The clue however may be in the cost of the new plant. We pay for difficulty or for growing time or both.

I mentioned that I had planted seeds in the tunnel. There were the usual broad beans growing away in pots and a rather lurid red variety that I am growing for a friend. I have also had some fun this wet winter sourcing seed from exhibitors who grow the ‘largest, longest or heaviest whatever’. The beauty of this amazing internet is that you can not only source these seeds from the exhibition growers but you can read their tips for growing giant cabbages and overlong carrots, leeks and runner beans, and you can watch videos that actually show and tell you how to do it. Be careful to pick a UK site as Texan growers have rather different conditions and results! 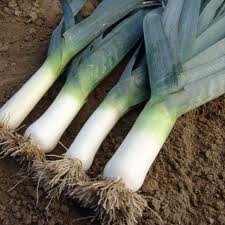 However, this year I am determined to have a go at giant leeks, cabbages, onions, another shot at a humongous pumpkin and a trio of lengthy runner beans and a singularly lengthy cucumber. Now it may all end in tears, particularly with the leeks. The champion grower, who finds time to write vast tomes on the internet, grows his leeks for shows from June to September. As soon as the last show is over at the end of September he plants his leek seeds for next year. That is obsessional dedication to a cause! Admittedly he is growing in climate controlled conditions in his home greenhouse but the photographs make it look more like a laboratory and I have some serious catching up to do as mine were planted in January!

It seems that every day I have a posted plant or seed catalogue plunge to the mat by the front door and at least twice a day I receive emails from wholesale seed and plant merchants trying to flog me the latest hybrid something or other or the latest in trendy gardening gadgets. And I ask myself, do I need ultra- cushioned knee pads in ‘day glo’ colour of my choice? Would I use a wooden thing that makes plant pots out of newspaper? 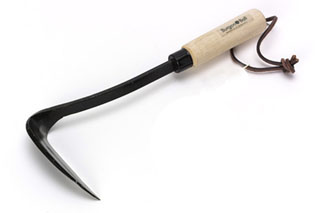 Could I accommodate a string holder that is three feet tall, has a point for ramming in the ground together with striation marks to double up as a long handled dibber (this is playing havoc with the spell checker!) Would my days be better if I had a handy flat- packed wheel barrow in a colour to match my knee cushions, is there any merit in a knife shaped purely to remove weeds from my paving( my husband’s chef knives are perfect!) a mid- handled shrub rake, a Japanese razor hoe or- wait for it-a hand sieve, perfectly crafted to sieve potting compost on to a four inch pot?

And whilst I watch those lurid red broad beans emerging from the pot (suspecting they will be green when cooked) I marvel at a list of cultural hints for growing transparent blackcurrants, pink blueberries and no, please no– yellow geraniums!

Whatever will they think of next…?