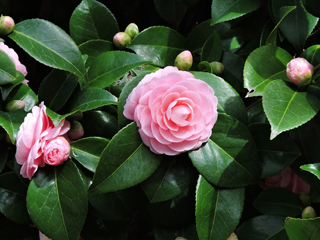 This month, as we write Storm Doris is upon us. It was hardly a storm here in Cornwall; more like a Winnie the Pooh blustery day. The rest of the country has been hit much, much worse. While we breathe a sigh of relief here, it is, however, a salutary reminder that late February and early March can be capricious, and that we are by no means out of the woods as far as winter is concerned. The garden centres are full of Spring interest, such as primroses, camellias and early flowering Japanese cherries but watch out for those delicate newcomers and rush out with the fleece if biting winds and frost threaten.

That said, even our gardens are starting to fill up with the yellow of daffodils – probably the tiny tete-a-tetes first, and others not far behind. Similarly, iris reticulata, the mini rockery iris, snowdrops and crocus are also starting to burst. If you are lamenting a lack of these bright augurs in your garden, you probably won’t find them as bulbs anywhere this late, but you should be able to find them potted and ready to flower. You can plant the whole pot full together, or wait until autumn to plant them after they have died down for the summer. Not snowdrops though; plant these while showing leaf – in the green, as the terminology goes. 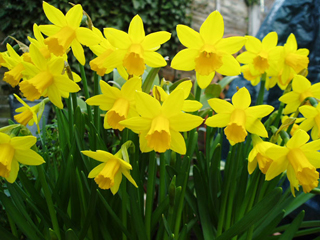 Also, there are plenty of potted hyacinth waiting to burst. Occasionally, we are asked what is the difference between prepared hyacinth and garden hyacinth. Well, the short answer is, not very much and certainly nothing, in terms of their hardiness and the conditions they require. The prepared hyacinth are bulbs which have been treated in order to bring them into flower at or around Christmas.

The following year, provided you keep them, they revert to their normal flowering time of April into May. The garden hyacinth hasn’t had that treatment so will flower April-May from its first year. Over time, once in your garden, hyacinth can weaken and rather than being large, full-headed blooms, can become more bluebell-like in appearance – much spindlier. Nevertheless, there is still joy to be had from their colour, but do be prepared to replace them if you want those big blousy blooms year on year. 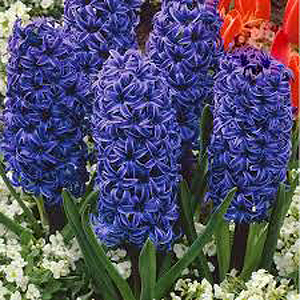 Looking back to last year, we can see spring had officially arrived in Cornwall by the time we wrote March’s column, because the bellwether magnolia trees had their requisite 50 plus flowers open. Not so this year. Our message in all this, is read the gardening magazines and columns, including this one, but interpret the advice to your own situation and weather conditions.

We all trot out month by month guides about what to do when, but in reality, there are seasonal phases in which jobs should be done, rather than calendar months. As our seasons seem to be changing, we have to be more flexible about how and when we deal with the gardening jobs. And as the long-haired guru Bob Flowerdew once said (and it sticks in our minds because we are sure we miss the mark) “the difference between a good gardener and a bad gardener is about 2 weeks”. And annoying, that 2 weeks is different 2 weeks each year….. 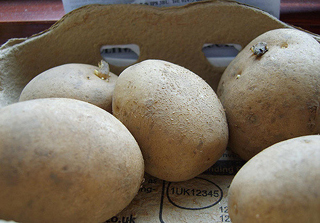 Having said all that, we are now going to give you some jobs you can do in March. Or rather, March, into April, and in some cases May too, just to cover ourselves.

With a bit of warmth about our person, it is time to look forward to the next growing seasons. Last month, we mentioned chitting potatoes ready for planting and there is still plenty of time to buy and chit yours, if you haven’t done so yet. Certainly, get your first earlies sooner rather than later as they are the first to go in. You should be finding summer onion and shallot sets in the shops now too, and provided your soil is not wet and cold, you can put these in now. Onions and shallots hate being accompanied by weeds and will sulk if they are, so plant these leaving yourself plenty of room to hoe easily in between each set. 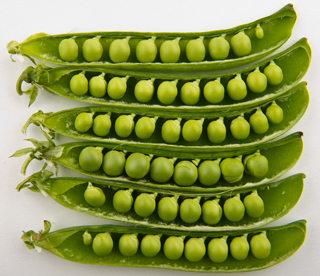 There are lots of vegetable seeds you can start off now too – ideally indoors, but outside with protection if you feel your conditions allow it. One I always leave too late is the leek – I end with pencils rather than the nice handfuls most other growers seem to produce. Peas and broad beans (if you didn’t do the latter in autumn) are a good one to set off now, but please refer to previous advice about our little furry friends. Brassicas, especially cabbages, brussels and broccoli (purple sprouting and conventional) all need long growing seasons, so you can get those going now.

Tomato seeds can also be started, but you will need an injection of heat – choose a sunny windowsill, or use a heat mat or a heated propagator, and watch them shoot up. Leave cucumbers until towards the end of the month. They will germinate fine now, but because it’ll likely be April or May before serious growth can occur, there is a danger the seedlings will damp off before your greenhouse is ready to accommodate them. Again, with a bit of heat underneath, they can pop up in days, so there’s no rush. 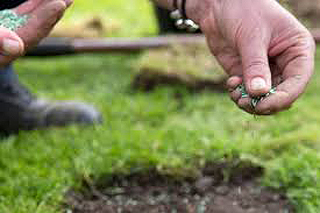 Now, we know we’re supposed to be all-round, balanced gardeners, offering advice to suit all, but we’re not big fans of lawns. One of us doesn’t have one (yet, and likely won’t), and the other’s is patchy, lumpy, full of weeds and if she didn’t have dogs who like to play football, wouldn’t have one at all. Few things make us rue the waste of time more than mowing and edging the lawn. That said, we know many of you love yours, so it is with gritted teeth that we say, now’s the time to start showing yours a little tlc.

The beginning of spring is the perfect time to spot the bare patches left by digging badgers, piddling dogs and so on, and reseed them. Rake the patches to agitate the surface a bit, then sprinkle loose grass seed at the rate of about 5 grams per square metre. If you are lucky to have lots of birds in your garden, you might want to sprinkle it more thickly, as you will lose some for sure. Cover thinly with builders’ sand and leave it to germinate, which can take anything up to a month if the weather is cool.

If you don’t have any patches to mend, then, assuming you did stop mowing at any point over this winter, be brave and carry out your first cut. The grass is probably still quite wet and lush, so be careful to have your mower on the highest setting, so as not to tear rather than cut the grass, or even rip it out at the root. Better still, get someone else to do it so you can do the fun stuff such as planting shrubs, veg and herbaceous……. 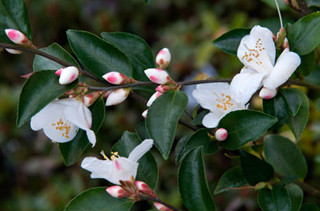 And finally, there is still just time to plant bare root trees, hedges and shrubs while they remain dormant. It is the perfect time for new deciduous hedging, filling gaps in existing ones, or planting new fruit trees and bushes. Although it is tempting to go for the biggest specimens you can lay your hands on, remember that smaller ones are far easier to establish and will grow surprisingly quickly.

Enjoy the start of the Cornish spring and the lovely blooms that come with it, in the smug knowledge that those elsewhere are probably going to have to wait a bit longer for theirs. And do go out and visit those winter gardens still. Pine Lodge Gardens on the eastern edge of St Austell has the most beautiful winter garden which is full of delicious scent and colour in a way that will surprise you at this seemingly “limbo” time of year, camellias a-plenty and magnolias by the dozen about to pop. And the tea and cake is pretty good too.