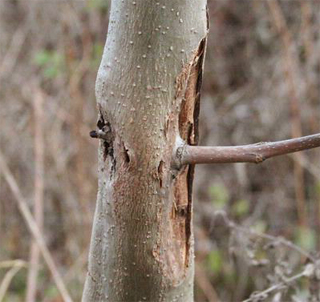 Ash die back was headline news about 12 months ago and is still very much in the news and although we are free from it Cornwall it has marched westwards from Norfolk and is in Ireland.

For twelve months now,all our media has been putting out information about Chalara fraxinus, a fungal pathogen commonly known as ash die back. I thought it might be helpful to explain some of the facts about this disease without the sensationalism that surrounds so much of the news coverage and a year on we are making progress.

The pathogen was identified as a new strain in Poland in 1992 but it wasn’t actually identified from its asexual activity until 2006 and subsequently as we now know, 90{c8c3b3d140ed11cb7662417ff7b2dc686ffa9c2daf0848ac14f76e68f36d0c20} of Denmark’s ash trees were lost. That prompted me to ask why the 10{c8c3b3d140ed11cb7662417ff7b2dc686ffa9c2daf0848ac14f76e68f36d0c20} remaining were unaffected. Two answers emerge. It is almost certain that it is spread most quickly on the wind and a prevailing wind from its source protected those trees behind the wind and secondly some species of ash (and there are tens of species) seem less affected or able to recover. 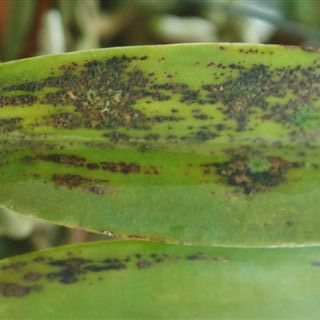 Equally we know that some species of ash are definitely less affected and older trees take longer to be affected than saplings. It may only be a matter of months now until we see guaranteed resistant strains for sale again. Specialist nurseries are quickly growing saplings from stock known to be resistant.

Initially there were reports that diseased trees were brought in from Europe, particularly to one Nursery in Buckinghamshire, whilst that may be so, it now appears more likely that it is wind carried and a predominance of easterly and north easterly winds in late October and November have transported the spores to our shores and very quickly we saw the spread from Norfolk into Leicestershire, Essex and Kent. Disease has been found in the West Midlands and we must be vigilant. But be in no doubt that a form of the pathogen has been in this country for hundreds of years; this is just a strain that is more virulent and destructive.

So what are we looking for? Identification of Chalara is tricky especially when the leaves are falling anyway, but healthy ash leaves go yellow and fall to the ground in autumn. Diseased leaves are dying to dark brown on the stem looking dead and crinkly, almost burnt. The forestry commission web site has pictures and videos that are incredibly helpful and I think if you check the bark of a tree for diamond shaped lesions this is the easiest way to detect a problem. I am more than happy to visit a tree if you suspect a problem but in any event the disease is notifiable and the Forestry Commission or FERA must be informed: see www.forestry.gov.uk/chalara 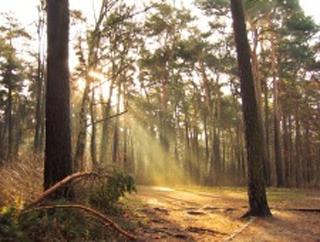 So why are we worried about it? There are estimated to be 2.25 million ash trees in the UK, the wood on commercial plantations used for tool handles and furniture. Ash is a huge component in mixed forests and so the concern is that we will lose millions of trees and denude forests. Actually there are also much greater concerns than just the loss of trees and woodland views. Many rare species of insects, birds and bats depend on ash woodland.

In the Peak District there are 900 hectares of managed ash woodland and the light shade created by the emerging leaves makes a home for Enchanters nightshade and the white letter hairstreak butterfly, both endangered. 100 species of insect live on ash trees and 27 of those are totally dependent on them, further, 225 species of lichen grow on ash trees. The ash woodlands in the Wye valley are a specific home to the greater and lesser horseshoe bat and white admiral butterflies. 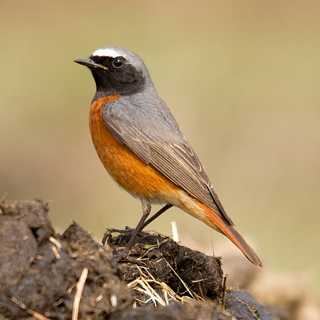 Of the more common birds known to make their homes in these forests are the bullfinch and redstart, the effect on these birds would be devastating if the forests are lost.

I don’t believe that now is the time to ask why we didn’t do something sooner. The legislative system in Europe makes this difficult when trying to make oneself an island from diseases and it takes everybody’s will, understanding and cooperation to stop the spread. It has been rampant throughout Europe and it might have been helpful to do something sooner but that’s hindsight and not leaning from previous lessons. If I had been quicker myself I might have realised there was an issue about ash which at the time was not in the news.

At the Autumn Show in Veryan in September 2012 the Chair of Veryan Parish Council took my husband to the ash tree by the bench outside the Village Hall. This was an ash we had supplied for the village some years ago from a local grower and was meant to be pendulous. Phil asked if we thought it might one day ’weep’ as it was meant to do. We very quickly agreed that its tall upright stature rather gave us the answer – no! I spoke to the supplier and told him he had sold me a pup and indeed it is difficult to identify when young but it was labelled incorrectly. I assured Phil we would find a replacement. That’s when I hit a wall. 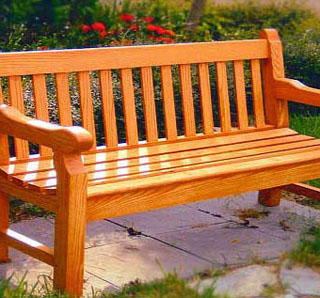 I tried all my usual suppliers and growers and even stopped at two wholesale growers in North Wales on a trip up there in early October. Not a pendulous ash in sight. Now none of my commercial publications were mentioning ash die back then, it was December 2012 before it hit the news. So that was either extraordinary coincidence or ominous that ash trees were not for sale in October 2012. Now I think we know why. This disease was known about and probably expected but we were not told for some time. That said, it is a lovely tree, it has grown very quickly and is obviously happy in its new home. Let’s hope we can keep it that way.

The ban on imported trees has been widely publicised now but that ban extends to the movement of trees, seeds and saplings. 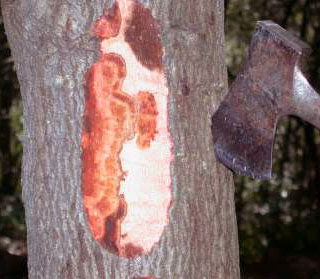 So sorry, not a great laugh for you in December in this column. I am afraid my monthly anecdotes of village comings and goings are thin on the ground. I could go on and tell you of more local devastation to individual trees and woodlands locally from pytophthera ramorum but I won’t. That disease is horrendous, still killing oaks and rhododendrons but spreading to heaven knows how many trees and shrubs. All our escallonia is affected and a very old magnolia was felled last week in Truro and Defra insist the tree is either burned or buried to a minimum depth of 30feet.

It remains for me to say thank you to everybody who comments on the garden column, please continue to ring or send comments or questions, they always help with content for the column. Thank you to all my unsuspecting, volunteer contributors this year for their sense of humour. Finally I am sure you will join me in thanking our hard working Editor at Roseland Online. Where would we all be without him – probably still dialling up for internet!

Get out the seed catalogues; we are off again next month!