In a nervous, not-quite-believing way, we are all feeling that Spring is here, and maybe even early summer, all at once. Since we last met, we’ve had some higher temperatures for the time of year, and it feels like those plants which have been on the starting blocks, or made some false starts, over the past few months, are actually up and running now. In a very short space of time, shrubs and trees are leafing up and herbaceous perennials have shot up above ground. We shouldn’t get any more frosts now, but never say never, and keep some horticultural fleece handy in case of a sudden drop in temperatures. Just that thin tiny layer of protection will be enough to save most of your new growth in the event of an unexpectedly cold night. 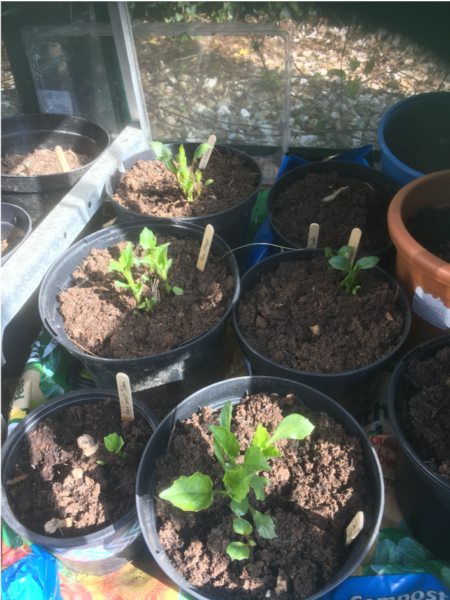 This is an ideal time to move plants you’ve decided are in the wrong place, or to divide fast growing herbaceous material. Dahlia tubers are shooting nicely, even in the ground, which is a sure sign that the soil is warming up nicely. Most herbaceous plants benefit from a division every 3 years or so to keep them healthy and vital. You can also make yourself popular with friends and neighbours by sharing out plants which have outgrown their spots, at no cost to you, or if you are commercially minded, selling the divisions on a stall in front of your house – lots of us do these days!

Shrubs, evergreen or deciduous, transplant well at this time of year too, as their roots are gearing up for growth, and as long as you replant things relatively quickly (within a day or so), you won’t disturb that growth spurt. Water in well, even if the ground appears well, because you want to resettle that soil around the roots. 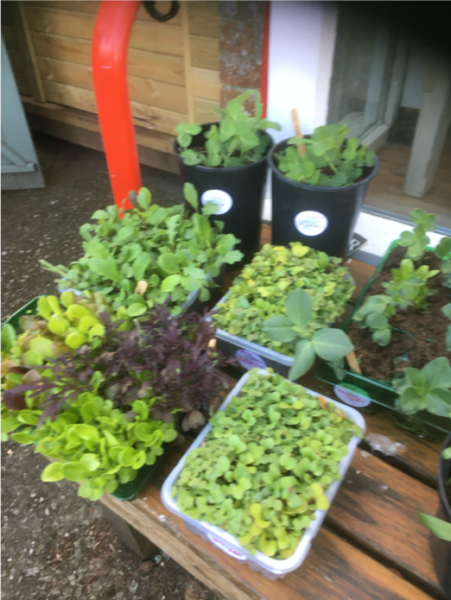 This is an ideal time too to be pruning and shaping your evergreens, which have probably kept growing, in some fashion over the quieter winter months. Bay trees and laurels in particular have a bad habit of turning into monsters if you take your eye off them for a season, so don’t be tempted to skip their annual prune, or you’ll be making extra work for yourself next year. Commonplace shrubs in this part of the world, such as griselinia (that stalwart of the coastal garden), pittosporum and photinia (Red Robin to most of us) are incredibly versatile when it comes to pruning – hit them hard, and they will not mind at all. Taking them down even to a foot high will do no harm, and they will simply laugh at the challenge. Be mindful though, that birds are now nesting with gusto, and we don’t want to disturb them. I went to trim a large pittosporum today, only to be shouted at loudly by some blackbirds, and at the last minute noticed a pair of beady eyes peering out of a beautiful cup-shaped nest. I’ll have to put the loppers away for a while.

One of the revelations of the last couple of weeks, with the onset of the drier, warmer weather, has been the volume of blossom on both fruit and ornamental trees this year (so far, touch wood….). We all moaned like billy-o about the wet and cold winter, but it seems to have had a positive effect if the blossom is anything to go by. Apples, crab apples, currants, cherries, flowering cherries, amelanchier, cornus and pears are absolutely coated with flower, as are the blackthorn in our native hedgerows. The pollinators are out and about, and with a dryish week or so in prospect, we could be looking at bumper crops of fruit and berries this year. In order to help that along, don’t forget to feed even your most established plants – they will need extra sustenance if they are going to hang on to most of that fruit.  Pile on the well-rotted manure, compost, or fast-acting chicken manure around the base and they will enjoy it. The chicken manure isn’t the pleasantest of odours, but work it in a bit and the smell soon dissipates. 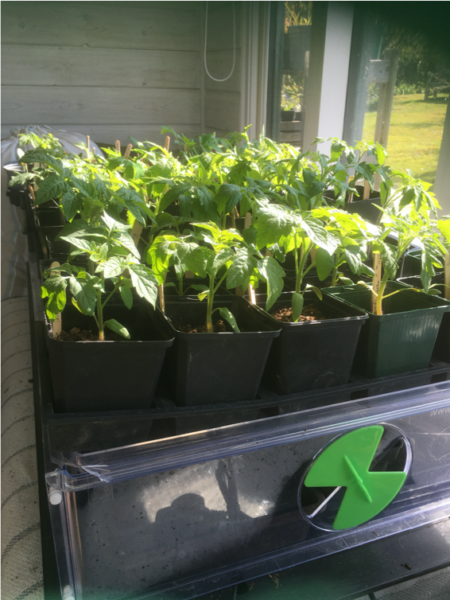 Like me,  you are probably behind on your vegetable garden. While plenty of things will still grow nicely from seed (carrots, turnips, radishes, peas, beans, beets, and so on), you might want to save yourself some work this year and buy baby plants instead. Even seasoned gardeners who normally grow their own from seed are finding that all the jobs have come at once, so something has to give. This year, more are buying vegetable plugs. A wide range is now appearing in garden centres, but be aware, they are not hanging around. The supply is always finite – suppliers only grow what they think they can sell, and they will have decided that a year ago at  least. Once it’s gone, it’s gone. Get in quick, if that’s going to be the way you approach veg growing this year. That said, I still like to do everything from seed, and you’ll find some veg plants in the Calendra Collective shed at Veryan shop.

The same applies to summer bedding plants. From a standing start, everyone has moved on from daffs and primroses, and bedding plants are now flying out of the door and into hanging baskets and containers all over the county. While arguably still a little cold at night to put these out full time, everybody is ready for a bit of colour and the comments above about supply are just as valid for bedding.

So, many many jobs, and not enough time to do them in – we think that’s how we’re all feeling at the moment. One of the perils of being a keen gardener is that we end up just “doing” and not enjoying or appreciating our gardens. We can easily lose sight of why we garden, which is to create something lovely for ourselves, and missing that point is no fun at all. Take half an hour, especially at these busy times, with a cup of tea (or a large G&T in hand) to wander round and make a list of those jobs which seem to be piling up. Your mind will be clearer as a result, and maybe you’ll decide that some of them don’t really need doing yet. Or at least, if it was a G&T, you won’t care if they are. Now, breathe…..