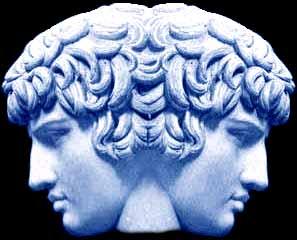 The making of resolutions, why now? January’s name comes from Janus the patron and protector of doorways, endings and beginnings. This two-faced god looked backward into the old year and forward into the new. The custom of setting “New Year’s resolutions” is evident as far back as Roman times when they made resolutions with a moral flavour: mostly to be good to others.

More recently the focus for resolutions are often more insular and of bettering ourselves but as most of them are health related we are doing more than helping ourselves for in the future such incentives will help our overstretched National Health Service. Some of the most popular resolutions are stopping smoking, eating better, losing weight and one of the most popular this time of year is to stop drinking alcohol; this article will provide some complementary therapy tips to help you withdraw from alcohol or tobacco and direct you to websites that can also offer support at what can be a tricky time for some. 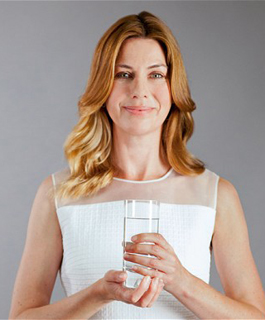 What I found was that having additional incentives at the outset was most advantageous, as it gives hope. I read an amazing article written by a lady called Polly a journalist who drank a regular weekly quota of 20 going on 24 units; the socially accepted norm for a journalist she says. She became alcohol free during a flu bug that went on for many days. Now she has maybe a glass or two of something fizzy maybe every 10 days that doesn’t mess up her newly improved skin or rebalanced mood levels. In the article Polly calibrates and creates a timeline of how she looked and felt when she reduced her alcohol dramatically.

I gave up alcohol totally for over a month to test out the effectiveness of Polly’s claims, I too found day 4-5 was good for admiring changes in your skin, mine became less dehydrated, a real achievement for mid-winter. For Polly, by day 15 her eyes seemed to deepen in colour and get bigger. After two weeks people started to ask her if she’d had work done! After a month she claims you will look five years younger maybe 10. I’m older than Polly so couldn’t see a 10 year turnaround but certainly felt my face and eyes were more toned as if I’d lost a lot of weight. More importantly to help implement lifestyle changes I felt energised; through sleeping better after 3-4 days giving an opportunity to do so much more during a day.

The Times on Christmas Eve wrote that a study of 4500 over 45 year olds generally become wise to the effects of daily alcohol on the body and the majority of the participants reduced their consumption dramatically after the trial; all except two minorities – successful business men and people at the bottom end of the social spectrum. The social element and working lunches may attribute to the former who didn’t see their drinking habits as a problem.

A union of two different charities Alcohol Concern and Cancer Research UK hope for similar success supporting people to abstain from alcohol in January and also to donate money for research. The site gives a list of the benefits from weeks of no alcohol and what one can achieve with more energy and a clearer head associated with giving time for your liver and body to detox. 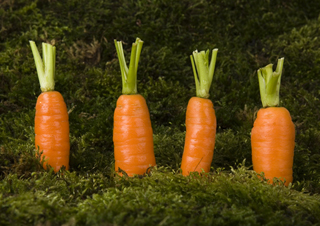 From the Guardian an article explains how other countries have tried out similar campaigns and more than a third of participants said they drank less frequently for the rest of the year. But the British Liver Trust isn’t a fan of Dry January as they believe that some participants drink excessively before and after the ‘dry’ month believing that the month’s abstinence will give their liver the break it needs to sustain future over-indulgencies.

In the build up to Christmas that coincided with my alcohol-free period I spotted how festive season advertising had alcohol in every celebratory shoot in fact we seem immersed in a culture that keeps giving us reasons to drink. But only last week new Cancer Research UK figures reported that nearly 600,000 cancer cases in the UK could have been avoided in the last five years if people had healthier lifestyles. Aromatherapy oils can be used for calming the nerves at this testing time, offering relaxation and also can help detoxify the body. Carrot seed oil is reputed to boost the healing of the liver. Clients who have smelt this oil say it reminds them of the aroma of brandy; an uncanny thought when the oil is believed to help after an overindulgence of alcohol by boosting liver function. 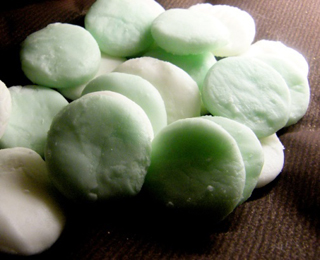 This time last year, I treated a young lady who had been suffering the aftermath of New Year’s Eve celebration, I produced a weak but effective blend of essential oils for her to enjoy during her massage, to gently detoxify and awaken the body. She felt rejuvenated after the hour of massage and with the absorption of oils into her system. The blend included a detox oil and rejuvenator smelling strangely like gin and tonic, with a balancer and digestive cleanser. And I would be delighted to blend one for you if you would like to try it!

A while ago a lady wanting to give up smoking had aromatherapy on a weekly basis to treat herself after each week of not smoking. She smelt a variety of oils to ensure her own perception was brought into play so the right oils were used for her at that time; amazingly she picked ideal ones to help her give up smoking. One that improved circulation and helped the release of toxins, one to clear the lungs and the final one was to refresh and feel cleansed. Two of the oils reminded her of peppermints creams and Turkish delight so she got a sweetie boost at the same time without taking on extra calories; it turned out to be a very successful blend for her. 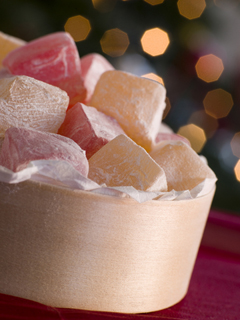 Finally, another success to report was helping a client to reduce her weight with Reflexology. This lady knew that her downfall or weakness was eating in between meals; her daughter had just left home to go to university and she was missing her terribly so resorted to comfort from a biscuit tin. She had Reflexology monthly and I taught her how to work her hand’s reflex points to boost her metabolism and balance hormones that affect appetite. She found that working her hands when she felt in need of something sweet helped her get over the few minutes of temptation. This works well either during a healthy eating plan or when cutting out nicotine.

Wishing you a happy and healthy 2015.