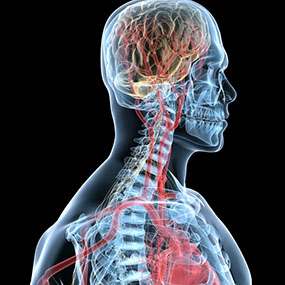 An interesting bulletin on the worldwide web came to light that I thought was worth investigating further:

The story began with a lady falling over at a barbeque; as she was helped up she explained it must have been her new shoes that led to her trip. But unfortunately the scenario ended badly, she was whisked into hospital later and died from the effects of the stroke that was actually the cause of her fall.

We all hopefully know how to recognise a stroke:

It has been reported by a neurologist that if a stroke can be detected and medical treatment administered within 3 hours of the episode that the effects of the stroke can be reversed.

In the piece I read, it also included: New Sign of a Stroke: ‘Stick out Your Tongue’ …is it crooked?

It was unclear where the material had originated from so I researched further to see if any medical evidence was available. I came across a study with 75 participants, published in the National Library of Medicine. The 3 groups included 25 stroke patients; 25 transient ischemic attack patients (TIA) otherwise known as a mini stroke and 25 normal subjects. They were researching if they had found an effective method to characterize the tongue deviation angle to confirm the feasibility of recognizing the tongue deviation angle as an early warning sign of an impending stroke.

About 80{c8c3b3d140ed11cb7662417ff7b2dc686ffa9c2daf0848ac14f76e68f36d0c20} of all strokes occur when a major artery to the brain is blocked. Part of the brain tissue can die through lack of oxygen as the blood supply is impeded. When brain tissue dies, the effects on the body will depend on which body functions that part of the brain controls. Some of the effects on the body are quite well known and are commonly recognised as the result of a stroke; as seen above.

The tongue’s movement is controlled by the last of the 12 cranial nerves and so when the motor cortex in the brain is damaged this hypoglossal nerve as it is named will be defective. The tongue has a tendency to turn away from the midline or centre point when extended and it will deviate toward the side of the lesion.

The study’s method measured the deviation angle from this centre or root point on the tongue. Fig. 1 shows the tongues of normal subjects; Fig. 2 from subjects who had suffered a mini stroke or TIA’s. Fig 3 are from three stroke patients. The study concluded that ‘the mean value of the tongue deviation angles of the TIA patients is less than that of the stroke patients,’ explained by TIAs having the same symptoms as a stroke, but full recovery is expected as other parts of the brain can compensate.

A person who has had a TIA is at greater risk of having a stroke so it can be seen as a warning of an impending stroke. Strokes are the second leading cause of death worldwide (World Health Organisation) so to be pre-warned through new research is always advantageous. Prevention is empowering so consider healthy lifestyle choices. As well as the obvious healthy eating, reduction in alcohol intake and exercise it is also useful to know the recommended maximum salt intake to help your blood pressure – You should limit the amount of salt you eat to no more than 6g (0.2oz) a day. Six grams of salt is about one teaspoonful. http://www.nhs.uk/Conditions/Stroke/Pages/Prevention.aspx

Wishing you a healthy and happy summer